Once again, officials in California are taking the law into their own hands.  San Francisco Sheriff Vicki Hennessy and national law nonprofit Equal Justice Under Law have reached a settlement to eliminate the cash bail schedule in San Francisco.

The proposed agreement, filed Friday night before a holiday weekend, “’takes money out of the equation’ by allowing faster assessment of people charged with misdemeanors or nonviolent felonies so that they can be released without having to dig into their pockets to post bail, said San Francisco City Attorney Dennis Herrera,” the San Francisco Chronicle reported.

In short, Federal Judge Yvonne Gonzalez-Rogers, an Obama appointee in Oakland, ruled the bail schedule is unconstitutional because she says it is unfair for the poor languishing in jail pretrial because they cannot afford bail.

This is all part of the effort to eliminate the bail bonds industry in California.

As it was explained to me by several bail agents, the bail schedule is developed by judges in each county, which Judge Gonzalez-Rogers ruled is unfair to the poor thus the sheriff’s department will no longer be able to use (the new conditions are stated within ruling).

At a time when SFPD is short police officers and investigators, what this really amounts to is an announcement to all criminals “come to San Francisco and you will be released within hours.”

If anyone thinks San Francisco is a mess now with the highest property crimes in the country, it will only get worse when the no-bail system is in place.  Bail agents warn that criminals will all know that this applies to San Francisco only so they will come to the City by the Bay to practice their crimes.

As California Globe explained in California Supreme Court Is Implementing Bail Reform Act Prior to 2020 Ballot Initiative, we see what has already taken place since the “experimental” Arnold Foundation algorithm tool has been used.  Many expect that this will hasten the deterioration of San Francisco, and any other cities which adopt it.

California is testing out a system funded by the Laura and John Arnold Foundation, where bail is eliminated for so-called “low-level offenses.” In numerous California cities, a mathematical algorithm is to be used instead of using a judge. The Laura and John Arnold Foundation is testing this algorithmic pretrial risk assessment tool in 40 jurisdictions across the country, and 16 counties in California, and stands to make billions of dollars should their program be adopted by states.

While this case applies to San Francisco County only at this time, many anticipate it will set precedence for other counties to skirt the use of surety bail by enabling the use of the bail schedule.

Along with the many problems this will create, there are many questions:
Many see serious public safety problems ahead.

Here are a few examples of crimes committed by “low level” offenders in California, released under the pretrial risk assessment program. They were let out before seeing a judge, and before bail could be assigned:

These pretrial risk assessment tools use data to forecast an individual’s likelihood of appearance at future court dates and/or risk of re-arrest.

A broad coalition of civil rights groups, warn, “these tools can defer the responsibility of determining who to detain pretrial and who to release. Furthermore, implementation of these tools has not curtailed the continued over-incarceration of people of color pretrial – people who should otherwise be legally entitled to due process of law before being torn away from their families, homes, and careers.” 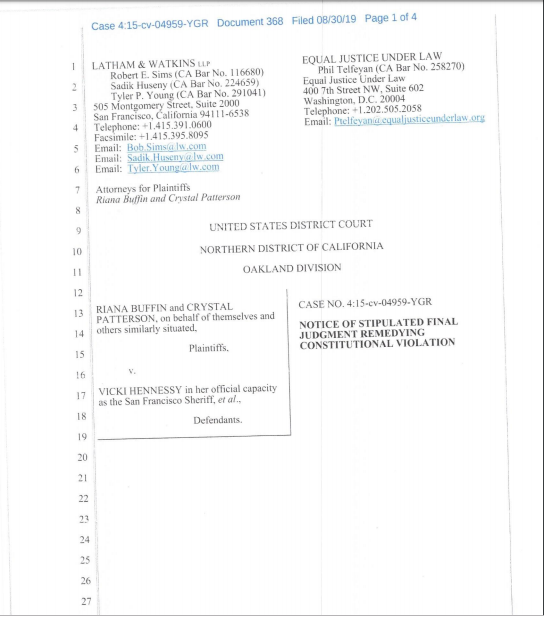