UPDATED 5/14/2022: The California Globe has learned that California Assemblyman Kevin Kiley (R-Rocklin), who is running for Congress in Congressional District 3, has garnered the golden endorsement of former President Donald Trump – 58 out of 59 of his endorsed candidates have all won or moved into runoffs.

Kiley was elected to the California State Assembly in 2016 and has twice been reelected. In the 2020 election, he received more votes than any Republican in California history.

Kiley also has been a vociferous opponent of Gov. Gavin Newsom’s “one man rule.” Since March 2020, Gov. Newsom ran roughshod over the people and businesses in this state issuing 58 executive orders, and many of them legally dubious if not outright unconstitutional, all under the guise of “public health.”

Kiley ran in the gubernatorial recall election last year, and has twice been reelected to the Assembly by substantial margins. Many of his followers and faithful are also “America First” Trump supporters.

“Just yesterday, Secrets reported a Rasmussen Reports survey that suggested an endorsement from Trump is not just valuable, but much more than one from unpopular President Joe Biden,”  Paul Bedard, Washington Secrets Columnist wrote at the Washington Examiner.

The Globe will follow up when Kiley officially makes his announcement.

“45: @KevinKileyCA, who is running for Congress in California’s 3rd Congressional District, has been a conservative champion in the California State Capitol—no one has fought Gavin Newsom harder than Kevin.” 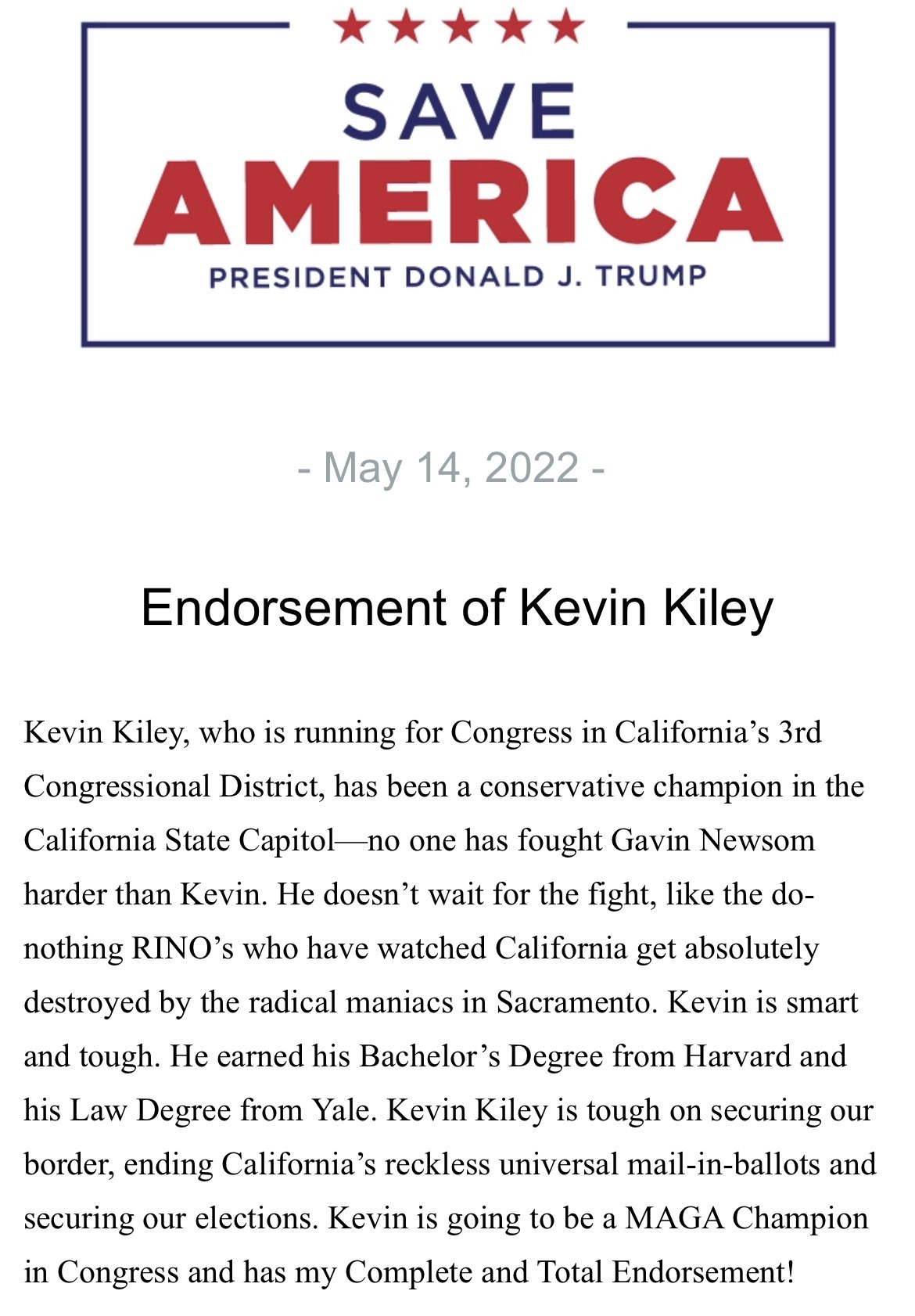 45: @KevinKileyCA, who is running for Congress in California’s 3rd Congressional District, has been a conservative champion in the California State Capitol—no one has fought Gavin Newsom harder than Kevin. pic.twitter.com/YG6OVSAT8y