In the aftermath of the tragic school shooting in Uvalde, Texas, California Governor Gavin Newsom, like many of his fellow Democrats, called for greater gun controls, but ignored lax safety practices at the state’s public schools.

In a press conference immediately after the Uvalde tragedy, Newsom announced he would be signing various gun control bills.

However, when asked by a reporter if he was willing to harden or increase security at schools, the governor, tellingly, laughed and dodged the question.

Why would Newsom refuse to consider improving security at schools? Answer: Because he has supported school district efforts to cut school police forces and institute unproven soft safety measures.

For example, the 2020-21 state budget, which Newsom signed, encouraged school districts to redirect funding for school police to soft practices such as so-called “restorative justice.”

According to one description, restorative justice is an “alternative form of campus discipline where disputes are resolved by talking through problems and addressing underlying causes.”

Like many districts, the Los Angeles Unified School District significantly cut its campus police force, even though, according to the Los Angeles Times, “A district-commissioned survey showed that students, parents and staff generally had positive views of school police.”

Instead of funding police officers, the Los Angeles district will hire coaches who “will be responsible for applying de-escalation strategies for conflict resolution.”

Unfortunately, such soft approaches have not improved safety at schools.

According to Max Eden, an education scholar at the American Enterprise Institute, research done in Pittsburgh found that students did not feel that restorative justice made them safer.

“They thought their teachers’ classroom management deteriorated,” said Eden, “and that students in class were less respectful and supportive of each other.”  Also, “they reported bullying and more instructional time lost to disruption.”

In addition, “although restorative justice is billed as a way to fight the ‘school-to-prison pipeline,’ it had no impacts on student arrests.”

Eden observed that the most troubling things were the “significant and substantial negative effects on math achievement for middle school students, black students, and students in school that are predominantly black.”

So, how does restorative justice work in real life? One California mom I interviewed gave a chilling account of how a student who allegedly compiled a “kill list” of other students, including her son, was only given a restorative justice talking session.

The student who allegedly put together the list of classmates he intended to kill claimed that those on the list had somehow been mean to him, but school officials never got to the bottom of these allegations.

Indeed, said the mom, her son alleged that the author of the “kill list” had recently physically assaulted him by kneeing him forcefully in the stomach.

Further, she said, “what was extra frustrating was that they wanted [her son] to do a restorative counseling with this boy.”

At the restorative justice meeting, which included her son, the alleged perpetrator, and a counselor, her son described being assaulted, but, according to his mom, “he said that he didn’t feel like anything happened, that anything changed with the [alleged perpetrator].”

This mom reported that the school just let the alleged perpetrator go: “They never punished the student. They didn’t suspend him. They didn’t expel him. He truly had no consequences for his actions.”

“That really frustrated me,” she said, “because their idea was, well, he’s already having a hard enough time as it is and so we don’t need to add punishment on top of it.” Not surprisingly, this mom is now homeschooling her son.

So a student allegedly puts together a “kill list” of specific students at his school and school officials just do a chat session with him.  With shocking anti-safety practices like that used in California’s public schools, future tragedies seem inevitable.  It is no wonder then that Gavin Newsom wants to avoid talking about his complicity with such policies and practices. 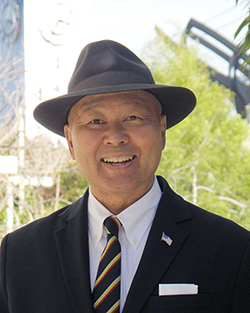 Lance Izumi
Lance Izumi is Senior Director of the Pacific Research Institute’s Center for Education. Izumi is the author of The Corrupt Classroom (2017), the 2019 book Choosing Diversity: How Charter Schools Promote Diverse Learning Models and Meet the Diverse Needs of Parents and Children. His newest book, The Homeschool Boom, examines why parents and students are pursuing homeschool options after school closures.

Latest posts by Lance Izumi (see all)
Spread the news: