Like everything else in California, the attitude of elected officials and Hollywood elites has put the right of the criminals above the victim’s rights. The laws have been changed to protect the criminal, not the victims and people that live in tough neighborhoods.

Specifically, there has been a massive pendulum shift in the past twenty years that reduced drug crimes and turned felonies into misdemeanors. California’s criminals got lobbyists, they got a sympathetic ear from the Hollywood elite and the mega-wealthy, and they got access to power through California’s ruling political party – the Democrats.

Over the past twenty years, California Democrats in the state legislature, with the financial and public support of the mega-wealthy and Hollywood elites, have passed legislation under the banner of criminal justice reform. This has led to the misclassification of violent felonies, the early releases of convicted criminals, and the rise in crime and serial retail theft.

Prop. 47 lowered the charges and penalties for certain offenses, including reducing specific nonviolent property and drug crimes from felonies to misdemeanors.

Under Prop. 47, it is now only a misdemeanor if the criminal:

Maybe the Democrats and the Hollywood elite didn’t think criminals could add, but they can. That’s why we see people on bicycles going through drug stores stealing less than $950 at a time. At a time, because thanks to Brad Pitt and his Hollywood brethren and the Democrats led by Gavin Newsom, the thief can go to the store next door and steal up to $950 and still not commit a felony.

Two years later, many of the same people who sponsored and supported Prop. 47, introduced and passed Proposition 57, called the Parole for the Nonviolent Criminals. Prop. 57 “increased parole and good behavior opportunities for felons convicted of nonviolent crimes.”

Proposition 57 reclassified violent felonies, including the rape of an unconscious person, domestic violence, human trafficking of minors, and:

Prop. 57 (2016) was marketed to the public, the proponents promised that individuals convicted of violent crimes, such as rape of an unconscious person and pimping a child, would not be released from prison. However, since the initiative’s implementation, several court cases have proven that these violent criminals can be released early into neighborhoods.

For example, a California appellate judge ruled that a felon convicted of stabbing his girlfriend with a butcher knife, forcibly molesting his 11-year-old niece, and gang-raping a 17-year-old pregnant teenager is now eligible for early release under Prop. 57.

California’s crime problems are not limited to Prop. 47 and Prop. 57. They are just two small, but significant examples of how criminal justice reform has gone dangerously wrong.

New York got rid of bail and now California is trying to do the same with Senate Bill 262. The New York Post Editorial Board wrote, “Fresh proof that New York’s “no bail” reforms aren’t about justice at all: A serial bank robber was released without bail on attempted robbery charges — only to go right back out and hit up two more banks. NYC’s ‘no bail’ law rewards criminals and punishes law-abiding citizens.”

With the rise in crime, homicides, and the constant shoplifting videos, we can’t help but wonder if the pendulum has already swung too far left, and a correction is on the way.

It’s really this simple: If you believe that the human trafficking of a minor or giving a date rape drug to someone and then raping them is NOT a violent felony, then you got the California you deserve. But if you think that it is just nuts, then it’s time to send a message to the extremist activists and every single elected official who supported and voted for this – enough is enough. 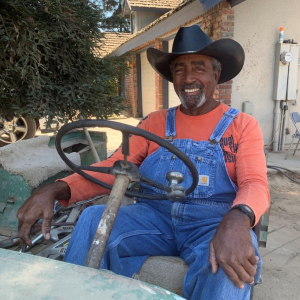 Pete Oliver
Pete Oliver is a farmer and a bail agent for more than 24 years.

Latest posts by Pete Oliver (see all)
Spread the news:

3 thoughts on “Has the Criminal Justice Pendulum Swung Too Far? ”