In 2020, Los Angeles saw the most murders in a decade. Victims shot in South Los Angeles are up 742% compared to the previous year. Gun possession arrests rose 70% in the last 6 months of 2020, according to the California District Attorneys Association.

With these horrific statistics, many want to know why Los Angeles County District Attorney George Gascón defended a law Thursday that puts guns in the hands of criminals at the exact moment that Los Angeles County is descending into gun violence.

Assembly Bill 3234, by Assemblyman Phil Ting (D-San Francisco), which was passed last year by the California Legislature after being gutted and amended, created a diversion program allowing criminals to continue to own or possess guns.

CDAA represents almost all of the elected district attorneys in California and is committed to reforms, but not to the decriminalization of dangerous crimes, they say. 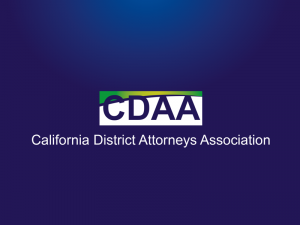 “Meanwhile, gun violence in Los Angeles is soaring. Murders in Los Angeles County are up 136.4% and shootings are up 261.5%. Attacks on police officers are up 300% from January 1 through January 18, 2021 when compared to the same time period in 2020. The chance of becoming a victim of any firearm crime (violent or property) in Los Angeles is now 1 in 33,” CDAA said.

Pierson said the state has experimented with diversion programs, which result in lesser sentences if the accused obeys the law for a designated length of time. Pierson said most of the programs have been failures. AB 3234 was based on a Los Angeles pilot program which expired in 2018.

Another side to AB 3234 does not put the accused on the prohibited persons list for 10 years, besides offering diversions for 45 different misdemeanors including:

The complete list of 45 misdemeanors (many of which were felonies prior to passage of Propositions 47 and 57) is in the document at the end.

Last week on February 24, 2021, pop icon Lady Gaga’s dog walker was brutally shot in Hollywood while walking her two dogs. She is now offering a $500,000, “no questions asked” reward for their safe return. But Gascón has implemented new policies that remove long-standing deterrents to criminals for using guns during the commission of crimes, Pierson said. “Under Gascón’s policies, even if the assailants in this case are captured, they will face up to 20 years less time in prison for the crime than they otherwise would have.”

DA Pierson offered the example of the 1992 murder of 18-year old Kimber Reynolds: Reynolds was visiting home in Fresno from college. As she was leaving a restaurant, two men pulled up on a motorcycle and tried to snatch her purse. She fought back and one of them shot her. She died the next day.

Pierson said that criminals understand enhancements, and the facts that criminals knew if you carried a gun in the commission of a felony you were going away. “Now in LA, criminals know George Gascon has upended that with soft on gun crime policies. Just like in Kimber’s case, Lady Gaga’s dog walker resisted and the thieves shot him,” Pierson said.

DA Pierson said he was concerned that lawmakers did not know what they were really voting for on AB 3234 because it was voted on without the input of the Public Safety Committee or Appropriations Committee, and there was no fiscal analysis. He said California complies with federal law for highway safety, and the state receives significant federal funding for this compliance. But some of the rules of the compliance have anti-recidivism requirements for DUI offenders. Because of this requirement, Pierson said DUIs dropped by 50% over a 20-year period. But there are still DUI issues in the state. He said AB 3234 puts the state at risk of losing the federal highway funds.

He said the CDAA lobbyists tried to talk to Assemblyman Ting prior to the Legislature voting on AB 3234, but received no response. And the bill was jammed through fast under the guise of COVID rule waivers.

In Support, Californians for Safety and Justice said, “Incarceration and prosecution are intensely traumatic and damaging processes that harm individuals, families and communities, and often increase recidivism and exacerbate the underlying causes of crime. Judge-granted diversion is a tool that can reduce the direct and collateral consequences of mass incarceration and prosecution and promote racial justice in our criminal legal system. AB 3234 also decreases the taxpayer cost of traditional criminal case proceedings, while increasing accountability through rigorous rehabilitative programming, encouraging familial relationships and growth by avoiding familial separation that occurs with incarceration, and making us all safer by reducing recidivism.”

The California District Attorneys Association opposed AB 3234, and said, “The bill is based on an LA County pilot program, AB 2124 from 2014, which expired in 2018. That pilot program applied generally to first time offenders and included multiple exclusions – including sex crimes, DUIs, weapons charges, crimes against elders and minors, including possession of child pornography and annoying or molesting a child, weapons charges, defendants who had prior diversion and defendants with prior violence within the last 10 years.”

“With the reckless removal of gun crime deterrents, it is no surprise that gun crimes under Gascón are soaring,” the CDAA said in a press statement Friday. “Today, CDAA calls on Gascón to abandon his reckless, soft-on-gun-crime policies. “The results of the Gascón experiment are in,” said Greg Totten, CDAA’s Chief Executive Officer, “and it’s no surprise that when you remove consequences for committing crimes with guns—gun crimes soar, and that’s exactly what’s happening Los Angeles.”

Notably, George Gascón was one of the leading voices and proponents in support of Proposition 47, unbelievably titled by then-California Attorney General Kamala Harris, The Safe Neighborhood and Schools Act. Prop. 47 reduced a host of felonies to misdemeanors, including drug crimes, date rape, and all thefts under $950, even for repeat offenders who steal every day. It did not create safe neighborhoods, and led to a statewide spike in property crimes and theft from retailers.