Earlier this month, a news clip from CNN surfaced showing that Malia Cohen, the Democratic nominee for state controller, traveled to Venezuela to learn about Hugo Chávez’s socialist government and praised their “revolutionary thought and mindset.”

The state controller’s office is California’s accountant – the state’s independent fiscal watchdog, overseeing the disbursement of hundreds of billions of dollars of public funds a year and uncovering fraud and abuse of taxpayer dollars.

How is a person who would effectively serve as the chief financial officer of the world’s fifth-largest economy traveling to Venezuela to learn about the economic and socialist changes of the Hugo Chávez revolution?

Our family and millions of others escaped the brutal socialist government in Vietnam. My family and I were part of what is known as the “boat people.”

As hundreds of thousands fled by sea, most were attacked, and the women were raped. Tens of thousands died as they drifted into the ocean without food or water.

Those that were left behind faced torture and were sent to labor camps for reeducation.

My family and I escaped communism on a small wooden 10-meter boat sailing across the South East Asia Sea in search of freedom. After passing through horrific situations and numerous refugee camps, we finally arrived in California in 1981.

Today, the people of Venezuela are suffering, and millions have fled. Over three-quarters of Venezuelans live in extreme poverty. Hyperinflation has left the currency worthless and made it impossible for people to afford necessities. Yet Malia Cohen refuses to retract her praise of Chávez’s socialist revolution or answer questions about why she went and whether she still supports repressive socialist regimes today. 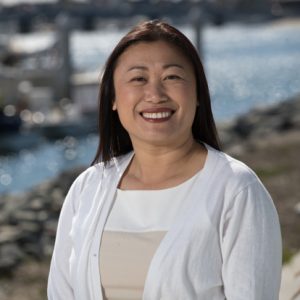 Janet Nguyen
Janet Nguyen was elected to represent the 72nd Assembly District in 2020. Janet is a small-business owner, a former State Senator, former Orange County Supervisor, and former Garden Grove City Councilmember. She is the former Vice-President of Government and Public Affairs for a local Chamber of Commerce.

Latest posts by Janet Nguyen (see all)
Spread the news: