Home>Articles>OPINION: Is Gavin Newsom the Most Corrupt Governor in California History – or Just a Despot?
04 Jul 2021 2:20 am

First there is SB 152, which the governor signed quickly after its passage this past week. By signing the bill, Newsom changed the rules of the recall game at halftime by allowing Lieutenant Governor Kounalakis to set an earlier date for the recall election – exactly what Gavin Newsom decided would be best for Gavin Newsom. The calculation was simple: the longer we wait for the recall election, the more time Gavin Newsom has to screw something up. To protect the governor from himself, SB 152 allowed state officials to bypass one of the very steps in the recall election certification process they themselves put into law less than four years ago in order to protect a fellow state senator from his own recall defeat.

While on the topic of the inconvenience of abiding by the bills he signs into law, Gavin Newsom is now suing his own handpicked Secretary of State to compel her to add his political party to the recall ballot to make sure voters know he’s a Democrat. Apparently, he failed to timely file paperwork in accordance with a law he himself signed less than two years ago that adds to the ballot the political party affiliation of an office holder facing recall. Unless a court intervenes, Gavin Newsom will be listed as “No Party Preference” when voters decide to recall him or not. Whether a court sides with him or not, it is a kind of poetic justice to see a Sacramento politician burdened by a law he himself signed – at least for a short time, he may know what it feels like to be one of us ordinary Californians who are inconvenienced on a daily basis by the laws that come out of Sacramento.

Now that the Lieutenant Governor has called an election for September 14 – something she was only able to do with the passage of SB 152 – what is unraveling now is a suppression of electoral opponents straight of out Russia’s elections playbook. And I say that as someone who has been living in Russia since 2016 and has personally witnessed attempts by local and federal officials to deny ballot access to political opponents. It is clear now that Newsom’s political calculation was not just limited to calling an earlier rather than later election date, but the timing of the Secretary of State’s certification will have the effect of suppressing opposition by making it more difficult than it should be for opponents to gain ballot access.

Sometime around 1:00 PM on Thursday, July 1, the media reported that the Secretary of State certified the recall election, meaning the Lieutenant Governor could issue a proclamation and set a date for the election any time. That proclamation came approximately an hour later, and the date was set for September 14 – the earliest possible date for an election that also gave counties the time they requested for printing ballots and otherwise preparing for the big day. Shortly thereafter, the media further reported that candidates would have just sixteen days to formally file for the recall election by turning in signatures and paying the filing fee.

When I contacted the Fresno County Elections Office shortly thereafter, they were unable to immediately provide the state-issued petition forms that a candidate needs to collect signatures to qualify for the ballot. According to Peter Martinez at the Fresno County Elections Office in a 4:27 PM e-mail, there are two distinct signature collection periods: the Signatures in Lieu of the Filing Fees Period, which goes from July 1-6, and a separate Nomination Period, which goes from July 9-16.

Because of the confusion on Thursday afternoon (information about the recall election was coming into the Fresno County Elections Office while I was speaking with them), the petitions could realistically only be obtained on Friday, July 2, even though Mr. Martinez indicated that the first of an extremely limited number of days to collect signatures was July 1, when the petitions were still not even available because the recall election date hadn’t even been set until the middle of the afternoon that day.

Any candidate who did not make it to their County Elections Office on July 2 to obtain the petition form would have to wait until July 6 to pick them up because county offices are naturally closed on the weekend and Monday, July 5 is an observed holiday for Independence Day. Since the first signature collection period started July 1 and ends July 6, candidates effectively had one day to pick up petitions (July 2) and have one day to return them (July 6), but if they failed to obtain their petitions on July 2 before the holiday weekend, they would only have an eight-hour window to collect signatures on July 6th before the 5PM deadline that day.

The second period for collecting signatures starts July 9 and lasts until the close of business on July 16. The signature collection process is virtually identical in every way except that the signatures collected in the second period do not count in lieu of the filing fees (each signature collected in lieu of the filing fees from July 1-6 reduces the filing fee by about sixty cents). Candidates will effectively have one calendar week to collect the remaining number of necessary signatures to qualify for the ballot but again, the first day of the second signature collection period starts on a Friday. Any candidate who does not make it to the County Elections Office on that Friday before the weekend will have to wait until Monday, July 12 to start collecting signatures, cutting their time by about a third (five days instead of eight).

Of course, the response is that candidates that want to be governor ought to be able to meet deadlines but the response to that is why should a governor and his political allies plot behind the scenes to make it difficult for political opponents to qualify for the ballot? In certifying the recall election on July 1, the Secretary of State triggered several deadlines, the most important of which was the requirement of the Lieutenant Governor to set an election date 60-80 days after that certification, or somewhere between August 31 and September 18.

But making things easy for recall candidates is not in Gavin Newsom’s interest, is it? Nor is it in Gavin Newsom’s interest to be labeled on the ballot as No Party Preference, so he’s asking a court to save him from his self-inflicted wound. Nor is it in Gavin Newsom’s interest to have a recall election later in the fall, so his allies in the State Legislature amended the law to allow the election to be held in September, just three days after the end of the Legislative session. This is important because governors have twelve days to sign or veto legislation once it reaches their desk, meaning Gavin Newsom will be conveniently spared from having to take positions for or against key pieces of legislation before the recall election.

Lastly, there’s the issue of taxes. Gavin Newsom and his political allies are trying to apply to recall candidates a state law passed to force Donald Trump to release his taxes in order to be on the ballot for president in California, although the law does not specifically apply to recall elections for governor. As several media outlets have reported, including CalMatters, this requirement may “scare off” some Newsom recall opponents who will not want to publicly disclose their tax returns from the past five years – not because they have something to hide, but rather because they may fear the public scrutiny of and comment on their modest (in comparison to Gavin Newsom) incomes. Another chilling move by Gavin Newsom to deny ballot access to his opponents.

And let’s not forget that Gavin Newsom still refuses to give up his emergency powers even though he promised he would do so on June 15.

Perhaps Kevin Kiley is right – Gavin Newsom is the most corrupt governor in California history. And a rising despot. 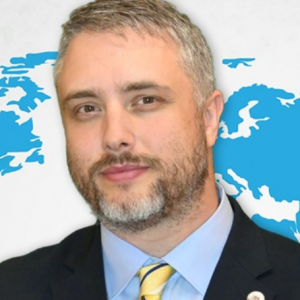 Latest posts by Louis Marinelli (see all)
Spread the news:

16 thoughts on “OPINION: Is Gavin Newsom the Most Corrupt Governor in California History – or Just a Despot?”