On May 12, 2022, the California Coastal Commission, including Governor Newsom’s  appointees, unanimously voted down the plan for construction of a desalination plant at Huntington Beach that would convert Pacific Ocean water into 50 million gallons of freshwater per day, enough water for 400,000 Californians.  The people of the state of California come first. Our lives depend on water.

We must set aside our differences and unite together, irrespective of party.  We can and must create the momentum to stop the environmentalist lunatics that are putting the citizens of California and the nation’s food supply at risk.  We can no longer tolerate policies which make the citizens of this state “an endangered species.”

Gavin Newsom must immediately fire the four Coastal Commissioners who blocked the new facility which he claimed he supports.

Background on the Plant That Should Be Built Now

This desalination plant would be a sister to Poseidon’s Carlsbad plant which produces 50,000 acre feet of water, providing 10% of San Diego County’s water supply. Governor Newsom and  state legislators should enact the laws necessary to begin the immediate construction of the Huntington Beach desalination plant on a schedule of 24 hours 7 days a week. There is no reason for the environmentalist lobbies to be allowed to get away with this.

Furthermore, in the near future I will issue a plan to construct not one, but 30 of these desalination plants.

I will be proposing to have six desalination plants built in San Francisco Bay. This will ensure that we have present and future water for our daily needs, including expanded industrial and agricultural production.

We must demand that Newsom act now. We will not survive as a state if we do not put people first.

We demand that all California State Legislators not only support this demand, but fight to get the shovels in the ground to build every desalination plant we need.

I am calling on all candidates running for office in California in the 2022 general election, be they Democrats, Republicans, No Party Preference or none of the above, to join me in demanding that Newsom fire his four appointees to the Coastal Commission NOW.

If you would like to endorse this statement, “It’s Time for Gavin Newsom to Put Up or Shut Up,” respond  to this email by emailing me, Mindy Pechenuk at  info@electmindy.com.

Here’s what else you can do: 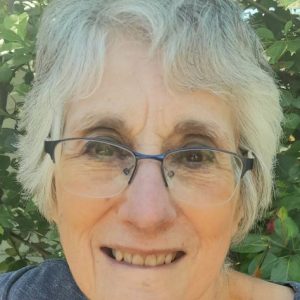 Mindy Pechenuk
Mindy Pechenuk is the Republican candidate for Assembly District 18. She has been politically active for many decades, and is an author and musician.

Latest posts by Mindy Pechenuk (see all)
Spread the news:

11 thoughts on “Our Lives Depend On Water”