Despite claims by the Los Angeles Times, evidence from the recent election shows that the “decarceration” and “defund/anti-police” movement was rejected by California voters all over the state – even in the most liberal communities in California.

Some in the legacy media falsely portray this as a choice between enlightened “social justice” progressives and a bunch of Wyatt Earp cowboys. Nothing could be further from the truth.

The entirety of the progressive agenda is based on an ideology developed in the 1920’s and the specific agenda has been virtually unchanged since Upton Sinclair’s failed EPIC campaign for California Governor in the 1930s. The only significant change has been the addition of “intersectionality” that promotes unequal treatment of specific groups of people today based on a hierarchy of past inequities of their ancestors.

Meanwhile, other DA’s and law enforcement groups are enacting rational reforms that focus on ensuring the system creates fewer innocent victims, while increasing prevention and reassuring the community that their safety and rights are protected.

“Progressives” have been clear in their objective: cutting resources for enforcement and reducing arrests of those who prey on our citizens, businesses, and communities. The state has abetted this agenda with bills that reduced penalties for serious crimes – including crimes involving guns – through legislation and misleading ballot measures like Propositions 47 and 57.

In California, the movement is represented by the “Prosecutors Alliance of California,” which advocates shifting public resources away from prosecuting certain crimes, amnesty for past drug convictions, and reducing sentences for other crimes. They have led efforts to treat criminals as victims, and ignore the plight (and increasing number) of actual victims – and are leading the charge to rebrand “felon” into “incarcerated individual.”

These “progressive” DA’s are trying to position the criminals as “victims of the system,” lightening sentences or even outright refusing to prosecute certain crimes, including drug crimes. Some have published lists of crimes that they would refuse to prosecute. Unsurprisingly, this policy resulted in skyrocketing crime and exacerbated the homeless epidemic.

The group garnered millions of dollars in contributions from far-left groups and spent it recruiting and supporting “progressive” DAs, including Los Angeles District Attorney Gascon and San Francisco’s Chesa Boudin.

The recall of Boudin has received the most media attention, with partisan celebrities ringing the klaxon to save one of the most visible leaders of the movement – was recalled by a wide margin.

In Los Angeles, George Gascon, who was recruited from San Francisco, became the poster-child of the progressive anti-enforcement movement.  Now he appears to be on the brink of being recalled. Recalls are not easy (as demonstrated by the relatively few successful recalls in California’s history) leading over-confident supporters of Gascon to label the recall “a showdown” hoping that its failure would bolster the decarceration movement. Unfortunately for them, if not the rest of LA, that hubris appears to have been inadvertently prescient.

In another race almost ignored by the media, San Joaquin County incumbent District Attorney Tori Salazar – an advisory board member of the progressive Prosecutors Alliance – was soundly defeated by challenger Ron Freitas, who was endorsed by local law enforcement leaders and organizations.

In 2018, progressives recruited a flawed candidate in Noah Phillips who was resoundingly defeated by incumbent Sacramento DA Ann Marie Schubert, despite the influx of significant campaign funds. In 2022, they recruited a more appealing candidate in Alana Mathews, a former public defender who works for the Prosecutors Alliance and founded the “Community Justice Collaborative.” She was handily defeated by prosecutor Thein Ho, who ran on a “tough on crime” platform coupled with compassion for the victims of crime.

These losses should serve as a deterrent to incumbent DAs dallying with the progressive agenda or candidates trying to appeal to its celebrity adherents.

In fact, of the four leaders of this “Progressive Alliance,” only Alameda DA Diana Becton was re-elected – and that was after running on a platform of cracking down on gangs, rather than her progressive agenda of ending enforcement of drug laws and diverting funds from enforcement to community outreach.  If the recall of Gascon succeeds in Los Angeles, the group will have lost 75% of its leadership.

Undeterred, progressives are still clinging to the idea that their rebranded but time-worn agenda and new-age sloganeering is a movement whose time has come. Boudin, despite his overwhelming rejection by San Francisco voters, defiantly (and not without a flavor of denial) proclaimed that the movement would “progress.” Unfortunately for them – and for the individuals and communities who were victimized due to their policies – California voters have seen the results of their “progressive” policies, and their judgment is the one that counts. 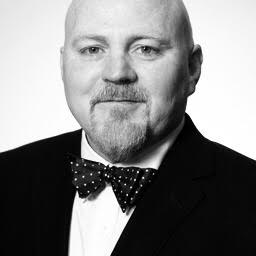 Tab Berg
Tab Berg is president of TABcommunications, an award-winning political campaign firm.A father of 2 daughters, Tab is a board member of California Parents for Public Virtual Education.

Latest posts by Tab Berg (see all)
Spread the news: