The exterior of the shelter, however, was a menagerie of social pathology: open drug dealing and drug use, open intoxication, surrounded by homeless encampments and the public health dangers they entail.

If anyone wants to know why “low barrier” homeless shelters of the type being pushed by Sacramento Mayor Darrell Steinberg and his allies on the city council are a failed idea, I urge you to visit the Sacramento city clerk’s website and watch the August 26th council meeting video of Councilwoman Angelique Ashby’s comprehensive and devastating critique of the now closed city homeless shelter in North Sacramento, as well as her indictment of proposed low barrier shelters in Meadowview and in North Oak Park.  It was a virtuoso display of passion, moral authority and basic common sense.

Her observations matched the anecdotal reports Eye on Sacramento received from several residents of the shelter.  We had no chance to independently verify the reports because the city studiously barred the media from ever entering it.  The exterior of the shelter, however, was a menagerie of social pathology: open drug dealing and drug use, open intoxication, surrounded by homeless encampments and the public health dangers they entail.

Ashby condemned the shelter for its astronomic operating cost at $400,000 per month.  She contrasted its cost to the $1 million in city funding approved for the St. John’s Center for Real Change, a highly respected full-service shelter for women and children, that will be used to add 100 beds for homeless women and children for an entire year.  St Johns is not a low barrier shelter; it screens its residents and requires them to maintain sobriety.  No pit bulls either.

The Meadowview and Oak Park shelters proposed by Steinberg, at 100 beds each, would cost the city a whopping $21.3 million to construct and operate for just two years.  What’s more, his proposal calls for the city to spend $8.7 million (from Measure U revenues) to build the shelters now without identifying a source of funds to pay the costs of operating them.  His hope is that the state will hand out more homeless money to cities next year which the city could use to fund shelter operations, which is akin to putting a down payment on a house while having no income to make your mortgage payments, but hoping for a big cash gift from your rich uncle.

Given the council’s recent approval – again at Steinberg’s urging – of a high-risk, high-cost plan to mortgage the city’s new revenue from the Measure U sales tax hike for the next 30 years to fund $250 million in unspecified projects to promote “inclusive economic growth” and build affordable housing, one really shouldn’t be surprised.

The Meadowview site was vehemently opposed by dozens of Meadowview residents, including pastors, neighborhood association leaders, business owners, and educators. They were particularly incensed that Steinberg planned to build the shelter next to the Pannell Community Center and its tremendously popular aquatic center, considered by many to be the jewel of the Meadowview community and heavily used by neighborhood kids.  It would also be located less than 500 feet from a church and a planned charter school across the street, in violation of the city’s own general plan which expressly requires that homeless shelters be located more than 500 feet away from such uses. But the city council under Steinberg plays by its own rules. Margaret Fortune advised the council of her longstanding plans to invest $10 million to construct a new charter school.

The Meadowview and Oak Park shelters proposed by Steinberg, at 100 beds each, would cost the city a whopping $21.3 million to construct and operate for just two years.

The most steadfast opponent of the Meadowview shelter has been the council member who represents the area, Larry Carr, who was incensed that the city would consider placing a homeless shelter open to drug abusers, alcoholics and those with mental illness in such a sensitive location on the highest profile street in Meadowview.  A few weeks before Steinberg and Carr faced off at a community meeting in Meadowview to discuss the proposed shelter.  After hearing strong criticism of the idea from Carr and Meadowview residents, Steinberg threw a curveball just one day before the August 26th council meeting;  He said he now wanted the shelter to be limited to women and children. It was a calculated political move designed to undercut Carr’s principled opposition to the shelter.

Steinberg’s public announcement that he wanted to designate the Meadowview shelter as the city’s women and children’s shelter drew a withering response from Ashby, the only woman and mother on the council.  Ashby has devoted considerable time while on the council to the special problems faced by homeless women and their children, particularly domestic violence.  She excoriated Steinberg for violating Rule #1 of domestic abuse: “You can’t tell abusers where they are.”  By publicly outing the site as a women’s and children’s shelter, Ashby said “it’s out for domestic violence” survivors.

She also said that by not screening out pedophiles and allowing drug addicts and pit bulls into the shelter, the dangers to children were too great. “Don’t put children in harm’s way,” she implored her colleagues.  “If we do this and a child does get hurt, guess who’s liable?” she asked. “Us. And someone is going to stand at that podium and say, ‘Who the hell thought low barrier for kids was a good idea?’”

Ashby also criticized the placement of a low barrier shelter in North Oak Park, under the Highway 99 Freeway, a location close to the Salvation Army’s after-school facility for kids and a short distance from St. Hope Academy High School.

Is it mere coincidence that, despite the Mayor’s assurance of spreading homeless shelters throughout the city, the only shelters approved by the council to date are located in predominantly minority, low-power neighborhoods: North Sacramento, Meadowview and Oak Park? Is this what Steinberg had in mind when he promised city voters to use Measure U money to make investments to promote “inclusive economic growth” in struggling Sacramento neighborhoods?  The Sacramento Bee, incidentally, applauded the council’s “courage” in approving the two shelters.

Presentation on Haven for Hope at City Council

At the same August 26th meeting, the council heard presentations from more than a dozen members of a newly formed group called “Haven for Hope California,” who encouraged council members to join a task force to examine the feasibility of building a comprehensive homeless treatment facility in Sacramento modeled after the highly acclaimed Haven for Hope homeless facility in San Antonio, Texas.  The group also invited council members to travel to San Antonio on a study mission to personally tour the facility.  Mayor Steinberg readily agreed to make such a trip and several members of the council agreed to serve on the feasibility task force. Councilman Jay Schenirer also accepted an invitation from UC Davis Medical Center to serve on its task force to study the feasibility of a Haven for Hope-type campus in Sacramento.

One of the unique aspects of Haven for Hope is its dual-function campus.  It includes an initial large-capacity, low-barrier safe refuge which offers basic care to homeless people, coupled with a “transformational campus” which delivers a comprehensive array of well-coordinated services in a clinical, residential setting for those ready to make fundamental changes in their lives.  Consequently, it offers individuals and the community immediate relief from street homelessness, while providing a pathway towards transformational personal change, independence and dignity. (Full disclosure: I served as the lead spokesman for Haven for Hope California at the August 26th council meeting).

If you would like to be part of the effort to bring a Haven for Hope-type facility to Sacramento, please drop me a line.  The Haven for Hope California group now has over 100 members and we could use the help and support of folks from all backgrounds, experience and viewpoints.

Next, I plan to outline the true depth of the homeless crisis in Sacramento – it is worse than popularly believed – and examine some red flags raised by recently available data on homelessness in Sacramento.

Craig Powell is a retired attorney, businessman, community activist and president of Eye on Sacramento, a civic watchdog and policy group. He can be reached at craig@eyeonsacramento.org 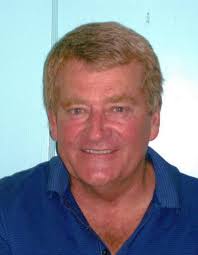 Craig Powell
Craig Powell is a retired attorney, businessman, community activist and president of Eye on Sacramento, a civic watchdog and policy group.

Latest posts by Craig Powell (see all)
Spread the news: