Home>Articles>Sacramento Braces for Wave of Traumatized Afghani Refugees
13 Sep 2021 10:02 am

There are more Afghans in Sacramento County — 9700 according to the US Census—than in any other county in America. Add to that another 2,000 in Yolo, Sutter, Placer and El Dorado counties and one can see why northern California has become the federal government’s go-to destination for settling Afghani refugees desperately fleeing the chaos of Taliban 2.0.

Until quite recently, I knew very little about Afghanistan, which is ironic because I already know a great deal about the Taliban. Over the past two and a half decades I’ve practiced immigration law and my practice is increasingly centered around asylum cases. Many of those cases happen to involve victims of the Taliban, albeit the Pakistani version.

However, there is very little difference between the groups. They carry  in their DNA a similar Pashtun heritage, a hostility toward western culture, a desire to erase women and a passion for violence. So while I was not familiar with Afghanistan beyond what I culled from reading Khaled Hosseini’s magnificent book The Kite Runner, I was very familiar with the pain of its people.

That pain has now become a reality for me. It is a pain by proxy since I’ve never visited the country nor have I suffered under the yolk of oppression, but I’ve made it my own over the last several weeks. When the US initiated its ill-planned, chaotic and hasty withdrawal from the country, the collateral consequences immediately became clear: we had created a new humanitarian crisis, layered over the ones that had existed for at least two generations.

Men and women who had assisted the US military during its long occupation of Afghanistan and who were in varying stages of applying for Special Immigrant Visas (SIVs) were thrown into an administrative maelstrom when it became obvious that the troops would be gone before the visas could be approved.  That layer of protection, that sense of security that they felt in knowing that the Taliban was not breathing down their collective necks collapsed. The fear that so many had lived with increased exponentially with each Taliban advance, each takeover of a region, each victory against the fragile but established government.

And the fear was not just limited to those still in Afghanistan, which is where I became involved. When Kabul fell and the consulate closed, a number of immigration attorneys nationwide jumped into action to try and find ways that the family members of Afghans who were already living in the US could flee the chaos. Meeting with panicked brothers and sisters, mothers and fathers and in rare cases children, we took down as much information as we could and filled out requests for humanitarian parole requests, not knowing how quickly they’d be processed or if there was even a way for the applicants to escape a country with no functioning airport.

To experience up close the pain and panic of a father who had left his only son behind to care for aging grandparents, only to realize that this son was now the target of Taliban snipers, was devastating.  We’ve been texting and in contact almost every day for the last three weeks. His last text to me at 1 am in the morning was a brief expression of gratitude for my “friendship.” That ability to extend thanks to someone at a time when his own world was falling apart brought tears to my eyes. 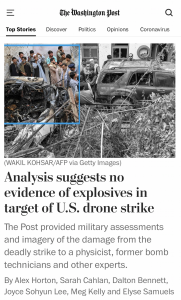 This story is being retold over and over again, among immigration attorneys, advocates and most especially private citizens who have banded together to create a 21st century underground railroad to evacuate Afghan allies, US green card holders and US citizens of Afghan descent, all of whom have been trapped in a hell that they did not create. When I guest-hosted a radio program last week I had the honor of interviewing one of those private citizens, retired Marine Lt.Colonel Jonathon Myers, who has been working with two other retired officers to bring people to the US and have come up against significant obstacles. Most of those obstacles were presented by our own government.

And this is the source of my anger. We can disagree on the merits of ending the 20-year presence in Afghanistan. I happen to believe that it was important for us to remain, but I respect those who don’t share that viewpoint. What no one can deny is that the execution of the withdrawal was worse than anyone could have imagined in their wildest dreams. But you didn’t even need dreams.

Many of President Biden’s advisers warned him against setting a date certain for withdrawal, and told him that the Taliban were likely to take the country before the last troops were out of Afghanistan. He rejected their counsel, to the point of publicly expressing confidence that the we would not see the terrorist group taking Kabul.

This hubris, this desire for the sound bite that we had “ended the forever war” on the eve of the 20th anniversary of 9/11, caused the chaos, the pain and the avoidable bloodshed. The Afghans both here and abroad see that. Our allies see that. And then Biden compounded the error with a tragic drone strike that killed 10 Afghanis, including 7 children. There now appears to have been no legitimate military value to the target and our top advisors were accused—not by right-wing conspiracists, but by the sainted Washington Post and New York Times on their front pages—of obliterating a family simply to create a diversion and look tough after 13 Americans were killed by Isis.

These are the events that the people who will soon land in Sacramento recently witnessed. And I see that, as I try and help pick up the pieces from thousands of miles away. 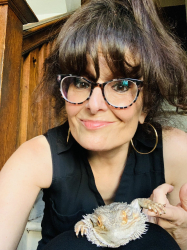 Latest posts by Christine Flowers (see all)
Spread the news:

7 thoughts on “Sacramento Braces for Wave of Traumatized Afghani Refugees”