On November 13, ten days after the election, and facing final counts that made any chance of victory impossible, California State Senator John Moorlach (R-37) conceded defeat to his challenger, Democrat David Min.

Reached for comment, Moorlach said “we worked hard on fundraising, the ground game, the phone calls; we worked hard, and we had a great team, but the Democratic party in Orange County is very organized.”

Moorlach is being polite. His defeat is because the prison guards union spent nearly $1 million to back the campaign of his opponent. How Moorlach lost exemplifies the political power of public sector unions in California, and how their agenda is inherently in conflict with the public interest. 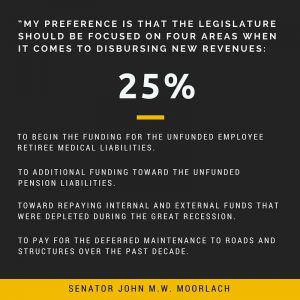 A revealing article just published by the Sacramento Bee goes through the political spending by CCPOA this election. The pattern is clear: CCPOA supports strong law and order candidates and initiatives, unless they are in conflict with their primary objective, which is to expand their membership and increase the pay and benefits of their members.

The article also explains how the CCPOA’s new president, Glen Stailey, has embarked on a “push to regain the union’s former political might.” But to do that, in this new era where literally scores of newly minted leftist billionaires in Silicon Valley are willing to spend whatever it takes to establish their political might, CCPOA needs allies.

For this reason, it might have served CCPOA’s purposes better if they’d focused more on helping Los Angeles County District Attorney Jackie Lacey defend her office, since she lost to the progressive George Gascon. The only upside to Gascon’s victory is he will pursue more of the policies that have already turned huge sections of Los Angeles into lawless hellscapes of filth and anarchy, which may accelerate the past-due awakening of voters to the fact that progressive politics are a destructive fraud.

It might also have served the purposes of the CCPOA better if they’d taken some of the million they spent to defeat John Moorlach and added it to the $2 million they spent to support the failed Proposition 20, which would have stiffened prison sentences and restricted parole. It is difficult to imagine how Californians are ever going to regain control of their streets, so long as hard drug use, vagrancy and petty theft continue unchecked.

With these compelling political priorities, why on earth would the CCPOA also decide to take on John Moorlach, a conservative from Orange County? The answer is disappointing. Moorlach has two qualities that make his a threat to CCPOA, along with all other public sector unions: he is a strong communicator, able to use reason and tact to forge bipartisan consensus on legislation, and he is a Certified Public Accountant experienced in public sector bankruptcies.

That could not be tolerated. Moorlach had to go. 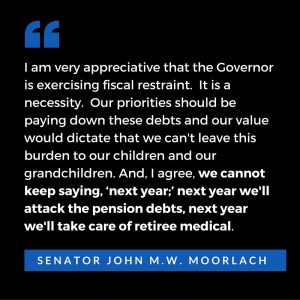 Enter Dave Min, a lifelong Democrat who once served as an economic advisor to U.S. Senator Chuck Schumer (D-NY), who has minimal experience in the private sector. Min is currently employed as a professor of law at UC Irvine, an institution of higher learning that is probably only eclipsed, and only barely, by UCLA as the biggest academic bastion of liberal insanity in all of Southern California.

These financially challenged, union compliant bobbleheads are the people that decide what sorts of laws and regulations California’s residents and businesses will have to live with. And when times are good, or even just good enough, they can go on committing political malpractice, because California’s economy is so big, its high tech sector so wealthy, and its weather so fantastic, that it will take a very long time before a populist rebellion actually overwhelms the power of unions and billionaires. But that time will come.

Californians are not going to accept the ongoing explosion of lawlessness in their state. They aren’t going to tolerate having their streets controlled by vagrants, predators, addicts, thieves, alcoholics, schizophrenics, and anarchists. Their tolerance for those genuinely in need has its limits, and sooner or later, voters are going to demand new forms of supervised incarceration. Not just to get these hundreds of thousands of people off the streets, but to help them in ways that are affordable, practical, effective and humane.

When those hard choices have to be made, California’s Democratic politicians are going to have nothing to offer. They didn’t have to raise money because the unions and the progressive billionaires just laid it out for them. They didn’t have to come up with policies because the unions and the progressive billionaires told them how to think. They didn’t develop the nerves and adaptability that is a prerequisite for success in the private sector, because they never worked in the private sector.

It will be in these times, coming soon, that California’s public sector unions are going to need independent, creative thinkers like Senator Moorlach. When it comes time to balance the needs of the CCPOA with the practical limits of budget realities, and invent new ways to incarcerate and help victims of their own addictions and illnesses, John Moorlach is the type of politician California needs.

Someday, the CCPOA may very well wish they had not worked so hard to send home a man who was quite likely California’s finest state legislator.

22 thoughts on “With Moorlach Defeat, Sacramento Loses Its Finest Legislator”