These are not peaceful protests as politicians and many in the media claim.

Sacramento Mayor Darrell Steinberg posted a Tweet Saturday discussing how “challenging” it is for the city. He then pivoted to focus attention on cities in other states where riots are also taking place.

Many in the city say the Mayor needs to look inward and focus on his sole responsibility, which is the safety and well-being of the citizens of Sacramento. Attempting to deflect attention to other cities is irrelevant – especially to the citizens and taxpayers of Sacramento, whose businesses and jobs are being threatened by the rioters over and over again.

The property damage in Sacramento is significant, and largely because law enforcement was prevented from doing what they are trained to do and stopping the violence and vandalism.

After the Mayor publicly stated he would not tolerate violence and destruction, and arrests would be made on the spot, why did SacPD officers stand down on property crimes?

Why did SacPD officers not intervene, or make any arrests, during the destruction and attempted arson of the DA’s office?

The only conclusion, after witnessing this in Portland and Seattle—also with Democrat Mayors in which rioters were allowed to destroy with impunity—is that orders came from Mayor Steinberg.

Seattle’s Chief of Police even resigned recently over the lack of support from her Mayor. 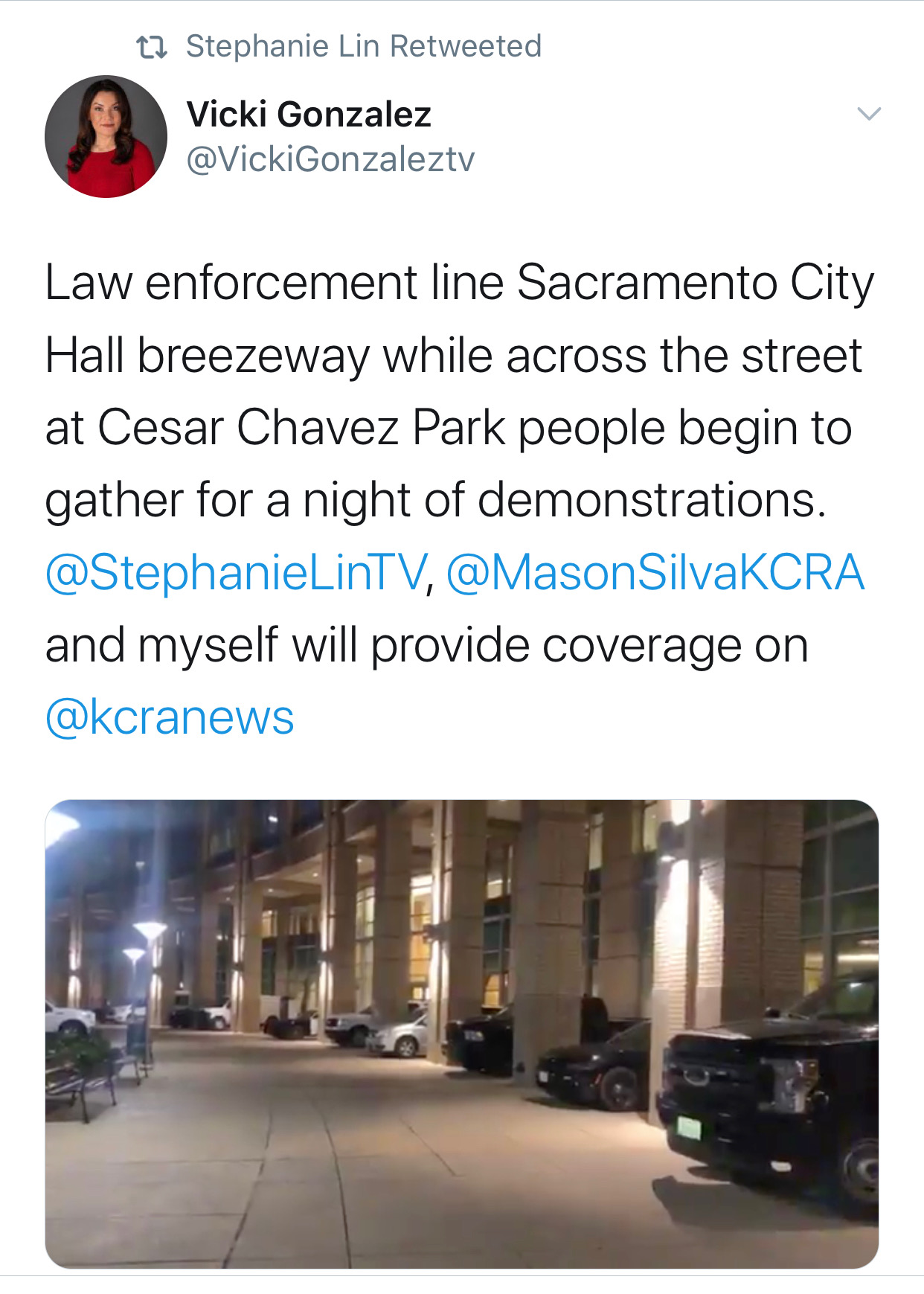 SacPD posted on Twitter earlier in the evening a warning: “A group of approximately 60-75 people wearing helmets, body armor and shields have begun marching from Chavez Park. Rolling road closures are in effect. Heavy police presence downtown. Plan accordingly and use alternate routes.”

Sacramento County Sheriff Scott Jones on Friday requested the National Guard be deployed to downtown Sacramento after Thursday’s protesters vandalized more businesses, broke windows at the downtown offices of the sheriff, district attorney and other government agencies the night before.

73 thoughts on “Sacramento Police Department Told To Stand Down Three Nights of Riots/Protests?”