The state auditor had many insightful and helpful recommendations concerning the care and treatment of the severely mentally ill in her July 2020 report.  However, the report did not attempt to analyze the defects in California’s outmoded Lanterman-Petris-Short Act (LPS), which governs care and treatment of those who are dangerous due to severe mental illness, or so “gravely disabled” that they cannot care for themselves. Rather, the auditor’s described methodology was to evaluate whether LPS was functioning as written in three counties, using 40 cases in each county as examples. The report found that LPS does function as written.

For treatment advocates, that wasn’t the question.

Anyone who spends times in California cities knows our laws aren’t working to help the sickest people we see on our streets, eating out of garbage cans and screaming at no one in particular. LPS moved them out of the old state hospitals—rightly, because most did not belong there—but in so doing, criminalized severe mental illness.  The severely mentally ill have ended up in our morgues, on our streets, and in our jails, usually for very minor crimes.  There they are treated expensively and abominably. Both the human and dollar costs of this movement from hospital to jail are enormous and insufficiently calculated, according to the auditor.

LPS—revolutionary and respected fifty years ago, but now the Model T Ford of state commitment laws—is responsible. It got an “D-” among state commitment laws recently given grades by the Treatment Advocacy Center, for excellent reasons. LPS went to extremes to eliminate the problem of unjustifiable detention, which is now far behind us.  California now has the opposite problem.  Treatment is efficacious and constantly improving, but people who need treatment aren’t getting it unless they are willing to volunteer for it—which severely mentally ill people too sick to know they are sick rarely do. Even if they are dangerous.

LPS created this tragedy by premising treatment entirely on dangerousness, while adopting anti-treatment standards at a time when treatment was primitive and sometimes tantamount to torture. Treatment aside, how do you prove someone is dangerous by “clear and convincing evidence” – the constitutional standard – when they assure you they won’t do anything bad in the future? The answer: proving something that hasn’t happened yet by “clear and convincing” evidence is virtually impossible, until someone has shown such a severe pattern of dangerousness that they are probably already dead or in jail.

Compounding the problem, LPS immunizes police and treatment personnel from civil and criminal liability for loosing even the most dangerous mentally ill on the public. The most disturbed among us can usually hold it together long enough to fool the police—remember Elliott Rodger, who did so before shooting six people in Isla Vista, despite desperate pleas from his parents that he was severely mentally ill, dangerous and needed help?  Who suffers then?  Sometimes innocent bystanders, but usually the family members who dialed 911 and are stuck with a very angry psychotic when the police walk away. Do you wonder why many family members hesitate to make a 911 call, no matter how terrifying the situation?

What’s worse, and as acknowledged by the auditor, the dangerous mentally ill in California are rarely kept longer than 72 hours. This is because California’s same “dangerousness” standard continues to apply to those whose dangerousness has already been shown for purposes of the “5150” hold, no matter how badly those dangerous individuals need continued treatment.  The state auditor’s report seems to assume this is inevitable. Constitutionally, it isn’t—premature release is one of many defects built into LPS.

Tragically, dangerousness is even harder to prove when a severely mentally ill patient has had time in a quiet stable environment with a patient advocate whispering in his ear, telling him exactly what to say to get discharged. Nobody likes being in a hospital, but most hospitalized adults are too physically ill and too sensible to check themselves out against medical advice.  Not so those patients whose brains are broken.

72 hours is not enough time stabilize many and perhaps most patients, much less evaluate their needs for purposes of community placement. So, as acknowledged in the auditor’s report, the most dangerous patients cycle in and out of repeated short-term hospitalizations at enormous public and human cost, without every achieving the stability that would release them from their suffering. Only jail or death stops this tragic cycle.

The supreme irony of our system is that by making civil commitment too difficult, we have consigned desperately ill people to our jails and prisons, where they are infinitely worse off.

If psychotic individuals have already committed even minor crimes it is very easy  for the police to put them in jail, where they sometimes languish for many months for something as trivial as public urination because they are mentally incompetent to stand trial. They will get a criminal court hearing within the 72-hour period but promising not to commit future crimes doesn’t get anybody out of jail for past ones. So, it’s an easy solution for police, who know that they can be personally sued for wrongful commitment, thanks to LPS, but are immune from suit for wrongful arrest if they had probable cause. Taking someone to jail also means police don’t have to sit around in a hospital waiting room for hours, to see if the hospital will accept their arrestee as a patient. (California hospitals—also immune even from criminal liability for irresponsible release decisions–often put patients they don’t want right back on the street.)

Bad things often happen to the severely mentally ill in jail, from which they will eventually emerge, untreated and probably far sicker than when they entered. Then the tragic cycle starts again.

But California, like other states, theoretically has a softer “grave disability” standard for involuntary treatment. California’s, however, is similarly premised on severe dangerousness.  Dying by inches simply doesn’t count.  In fact, evidence that a severely mentally ill individual has managed somehow to survive on the street is seen as evidence that they aren’t “gravely disabled” no matter how sick they are, or how many times they have been assaulted or raped because they are too confused even to defend themselves. A real California case illustrates this: a severely paranoid mentally ill man who was living under a car and eating his own feces was determined  not to be “gravely disabled” because an expert witness hired by a disability “rights” advocate testified that eating feces is not terribly dangerous. Dogs do it all the time.

Worse than that—in California, if family members provide any care for their severely mentally ill loved one, it is a statutory bar to treating their loved one as “gravely disabled.”  In fact, California family members are routinely advised by county and hospital personnel to “street” their non-dangerous loved ones and refuse further contact in the hope that they will receive treatment as “gravely disabled.” This advice is based upon explicit language of Welfare & Institutions Code (WIC) 5350 (e)(1) which states that “Notwithstanding subparagraph (A) of paragraph (1) of subdivision (h) of Section 5008, a person is not “gravely disabled” if that person can survive safely without involuntary detention with the help of responsible family, friends, or others….”

Because California “grave disability” standards are so strict, those families’ hopes are rarely realized. Severely mentally ill Californians must be close to death to be considered “gravely disabled.” This is constitutionally unnecessary and utterly immoral.

What is the solution?  At minimum, the Legislature should pass a future version of SB 640, Senator Moorlach’s bill softening the “grave disability” standard, and repeal WIC 5350(e)(1), quoted above.  In addition, patients already shown to be dangerous or “gravely disabled” for purposes of a 72 hour hold should be released just like other hospital patients, using the identical medical standard for hospital discharge: clinical stability, such that hospitalization is no longer necessary.

Additionally, the Legislature should ultimately replace LPS with a modern statute, after careful examination of second and third generation commitment laws in other states and nations that built on and vastly improved what LPS merely began.

Finally, to eliminate the severe shortage of psychiatric hospital beds, California needs to pay for them. A one sentence addition to WIC 5813.5(a) clarifying that MHSA (relapse) prevention and early intervention funds (see WIC 5840(c), last clause) shall supplement available public funds and insurance for LPS hospitalizations, up to the average of the three highest HMO per diems (or some such objective marker) would likely do the trick.

All modern commitment statutes recognize that severely mentally ill individuals should only be involuntarily treated when that is the least restrictive alternative for them. Some, in fact, require courts to consider and offer a variety of alternatives first.  LPS is so primitive that it does not even recognize that such alternatives exist. Instead, it raises the bar so high that even the sickest cannot surmount it.

Continuing to ignore the needs of the very sickest among us should not be an option.

Mary Ann Bernard and her husband received advice to “street” their dangerously unstable 16-year-old bipolar son in the hope he would be considered “gravely disabled” when a LPS 72 hour “5150” expired.  After three suicide attempts in five weeks and herculean parental efforts, he finally received life-saving inpatient care. Miraculously and no thanks to LPS, he is now stable and doing well. 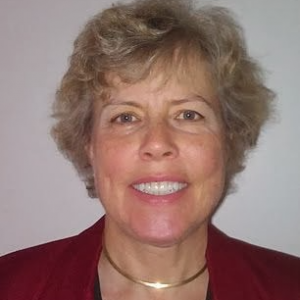 Mary Ann Bernard
Mary Ann Bernard is a retired lawyer who spent 18 years as an Assistant Attorney General in another state, helping state hospitals retain and treat the most dangerous mentally ill under that state’s far superior commitment statute, among other assignments.