Los Angeles Mayor Eric Garcetti recently announced that he would shut off the power and water of any residents holding “large parties,” as we have been seeing across social media. The order states that the LA Sheriff’s Department may cut the utilities of homes that have repeatedly engaged in such behavior within 48 hours.

The irony is that the people responsible for enforcing this order, the LA Sheriff’s Department, were reportedly holding a party late last month without abiding by social distancing rules. And the LAPD police union is already speaking out against Mayor Eric Garcetti’s policy, saying that they would prefer officers’ time be spent “dealing with the rise of shootings and killings in the city right now.”

Also, it is illegal in LA for landlords to shut-off renters utilities to force tenants out of the unit, so it’s questionable whether Garcetti should have this power. It’s also questionable if it is the best move amid a pandemic to make it more difficult for people to wash their hands.

But this is not the only housing issue that has Mayor Garcetti in hot water.

At the start of the pandemic, California instituted a temporary ban on evictions, which has been a lifeline to renters but has also put landlords across the state in a nearly untenable position of still being required to pay the taxes and insurance on properties, without collecting monthly rent payments from all of their tenants.

Despite this relief being available for nearly five months, when the California Judicial Council, which had instituted the moratorium on evictions, announced they were considering pulling back this ban stating this is an issue for the state legislature to handle, Mayor Garcetti issued his “disappointment” with this development.

But the Judicial Council is right: this is an issue that should be handled by the state legislature. Given that there is still time in California’s legislative session to pass a bill on this issue, there is no excuse for them not to get it done if this is a priority for Democrats in the state—who have complete control of the levers of power.

The LA landlord trade group indicated that in May, rent collections were down about 10 to 20 percent, an unsustainable situation for landlords. Everyone knows that the moratorium will have to be lifted eventually, but LA and the rest of the state seem ill prepared for the fallout from the policy they instituted with little thought.

In addition, there have been multiple lawsuits filed challenging the eviction moratorium, which will add additional legal fees on to the city and state government, which are already strapped for cash. The Apartment Association of Greater Los Angeles recently sued the city of LA, arguing their rent deferment program “unconstitutionally targets landlords.”

But this is not just a bad deal for landlords. Renters are left wondering when their rent will be due, and what assistance will be available once it is.

Recently, a crowd of protestors gathered outside Mayor Eric Garcetti’s house seeking answers on what his plan is to deal with the impending rent crisis. Estimates point to 200,000 to 600,000 Los Angeles residents being evicted when the moratorium is lifted.

To apply another band-aid to this issue, LA has instituted a program that will pay $103 million in rental assistance to 50,000 randomly selected families who applied for the program, even though over 100,000 people have already applied. This shows that this policy is woefully insufficient to address renters’ concerns.

Since the start of the pandemic, 200,000 Angelenos have lost their jobs, and this crisis has disproportionately hurt low-income families in the city. We know that this lottery-based rental assistance will not be nearly enough. And without proper support, tens of thousands, to even more than 100,000 LA residents could find themselves homeless in the next few months.

Given that Los Angeles is already suffering from an unprecedented homelessness crisis, which has only gotten worse under Garcetti’s watch, this is an impending storm that risks tearing the city apart.

It seems no matter what Garcetti does, both landlords and tenants will be negatively impacted as a result of the housing policies he created in Los Angeles. 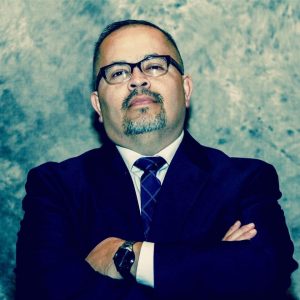