As Americans grapple with a pandemic, economic collapse and riots, it seems an appropriate time to revisit a tenant of Chaos Theory — the so-called Butterfly Effect.

The Butterfly Effect examines the possibility that a small event can have a profound impact — posing the hypothetical question, “Does the flap of a butterfly’s wing in Brazil cause a tornado in Texas?”

While the origins of a tornado may be difficult to trace back to a single insect’s wing, we do know a virus infecting a single human being last year — over 6,000 miles away from California — resulted in a government-mandated shutdown of the largest state economy in the U.S., more than 2.5 million Californians out of work, and freedoms forfeited.

But often, the butterfly effect brings hope rather than despair.

When an Illinois public servant took a job as a child support specialist over a decade ago, he was forced — as a condition of employment — to pay dues to a government union he wasn’t even a member of and whose political agenda he didn’t agree with.

This violated his First Amendment rights to free speech and freedom of association.

Mark Janus took that union — the American Federation of State, County and Municipal Employees (AFSCME) — to court in 2015 and, after lower court defeats and appeals, ultimately won a generational, game-changing victory in the highest court in the nation.

This week marks the two-year anniversary of the U.S. Supreme Court’s landmark ruling in Janus v. AFSCME, which freed millions of public-sector workers throughout the country from union bondage.

Here in California, Janus’s Butterfly Effect has been profound.

My organization, the Freedom Foundation, has leveraged the ruling to help nearly 30,000 California workers leave their government union and stop having dues deducted from their paychecks. This has significantly increased take-home pay for workers and their families, a much-needed income boost during a terrible economy, and cost unions over $25 million a year- forever.

The Freedom Foundation recently completed a first-of-its-kind comprehensive study of California government union membership in the first year after the Janus decision.

The study found over 125,200 fewer government union dues-paying members in California one year after Janus, an 11 percent drop that cost unions an estimated $100 million in lost revenue – money they no longer can spend on political influence.

More recently, the Freedom Foundation’s aggressive outreach and litigation efforts during Governor Gavin Newsom’s shutdown of the California economy, combined with his promise of a 10 percent pay cut for state employees and the undemocratic practices and poor leadership of Yvonne Walker, SEIU Local 1000’s president, has helped convince an additional 950 government workers to leave their union and keep more of what they earn.

In two relatively short years, Janus has brought renewed freedom to over a million state, county, and municipal employees in California; giving them the right to choose — for the first time in more than four decades — whether to associate with, and financially support, a government union.

And for California, Janus has provided real hope that we can one day level the playing field by breaking the stranglehold government unions have over our politicians, policies, and politics.

This is just the beginning. 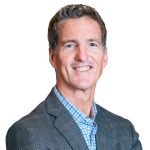 Latest posts by Bob Wickers (see all)
Spread the news: