The price of a healthcare plan for a family of four is expected to exceed $30,000.

Big changes are on the horizon for California’s healthcare system, and for many, those changes couldn’t come soon enough. Spearheaded by Governor Gavin Newsom, the California legislature recently adopted a bevy of new laws intended to restructure the state’s healthcare apparatus, expand coverage, and cut down costs. But as the fresh legislation is enacted, one question continues to loom large: Will it be effective?

Historically, California’s increasing healthcare costs have proven resistant to the legislators’ attempts to control them. According to a 2017 study, the average cost of healthcare within the state topped out at just over $7,000. It looks like the problem is only getting worse. In 2018, the price of a healthcare plan for a family of four reached an astounding $28,000 and is soon expected to exceed $30,000. Despite Golden State politicians’ best efforts to expand coverage and mitigate costs, healthcare prices continue to rise steadily. It seems unlikely they will fall anytime soon.

While some believe the Californian system is a model for the nation to follow, its past mandates have raised costs and created massive gaps in healthcare coverage.

Surprise medical bills are a nasty quirk of the current in-network healthcare insurance system. They occur when insured patients unwittingly receive emergency services from a hospital outside their insurer’s network of providers. Insurance companies, rather than cover the out-of-network costs, simply pass the buck to the patients themselves, leaving them with enormous medical expenses and no recourse for payment.

California imposed a measure to combat this predatory practice, but it employed the use of price controls — a woefully ineffective and inadequate solution. People are falling through the cracks. One California man, for instance, was saddled with a devastating $43,000 in surprise medical bills following his wife’s diagnosis and subsequent treatment for lung cancer.

The only party that benefits from this price-fixing “solution” are the insurance companies that convinced California politicians to implement this.

The act of price-fixing has safeguarded the insurance industry’s pocketbooks while leaving vulnerable Americans unprotected.

The problem of surprise billing is not exclusive to California. It is national in scope and requires a national solution. But there’s a problem; insurance companies specialize in manipulating government loopholes to achieve their preferred outcome. That’s why a congressional committee has predictably advanced the Lower Health Care Costs Act – legislation that will similarly empower insurance companies at the expense of the vulnerable patients in question. Rather than learn from the failed measure here in California, Congress seems intent on prescribing the same flawed remedy of price controls.

Utilizing a system of arbitration, like the one proposed in the “Stopping the Outrageous Practice of Surprise Medical Bills Act,” is a much better solution than allowing government to do the insurance lobby’s bidding.  In the event of an out-of-network billing, an independent arbiter would be tasked with reviewing competing bids from both the hospital and the insurance company. Both would propose their “best price” for the out-of-network bill, and the arbiter would then choose the more reasonable of the two bids. That way, insurers are incentivized to provide a fair rate, lest the hospital’s more competitive proposal undercuts them.

More often than not, insurance companies and other predatory actors in the insurance industry find ways to exploit state and federal laws. Rather than create more loophole-prone laws, Governor Newsom and California legislators should support arbitration and similar market-based solutions. These remedies would represent a tremendous step forward toward solving the problem of rising healthcare costs. Not only would they protect families from crushing healthcare expenses, but they would also free California to address other pressing concerns. 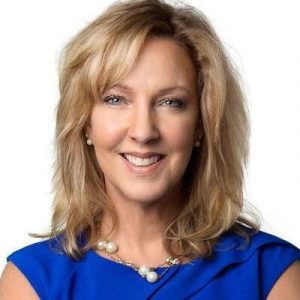 Deborah Pauly
Deborah Pauly is a former Councilwoman in the City of Villa Park and now serves as an elected member of the Republican Party of Orange County, representing the 68th Assembly District.

Latest posts by Deborah Pauly (see all)
Spread the news: