California is squarely in the middle of another of our iconic summer months, where families can enjoy endless sunshine and warm evenings. Unfortunately, due to our inability to meet our power demands, this iconic time has become synonymous with the threat of rolling blackouts.  These, often unpredictable, blackout events put the lives of our most at-risk residents in serious jeopardy as we strive to stay cool in near record setting heatwaves.  It is the duty of this legislative body to ensure that these repeat threats become exceedingly rare, yet the state has failed to do so to date.

As the 2022 legislative season comes to a close in less than a week, the responsibility to craft and pass good-governance policies pertaining to energy production cannot be understated.  As it stands today, there indeed is a proposal which focuses on the temporary elongation of the life of the Diablo Canyon Nuclear Power Plant. This facility, which has been in service since 1985, generates roughly 8% of California’s in-state electricity and accounts for 15% of our carbon-free energy production. Absent any action on the part of the state, this site will begin the process of powering down, and eventually cease to contribute to the state’s power grid by 2025.

To put it plainly, without Diablo Canyon, California’s overburdened electrical grid will collapse.  However, there are a number of groups that are advocating for its closure. In turn, these groups would like to see a bolstering of state financed renewable energies, such as solar, wind, and geothermal.  While I do not agree with their approach, I’ve decided to present an in-depth analysis of how this state could feasibly achieve carbon neutrality.

Just like Alice, I’m looking at their ‘utopia’ through a green looking glass.

California has, through SB 100 by Sen. Kevin deLeon (D-Los Angeles) in 2018, declared it state policy to achieve a goal of 100% renewable energy and zero-carbon electrical generation by 2045.  With this underlying requirement, I’ve put together a rough estimate of the costs associated with such a demand.  For simplicity sake, assuming a constant population figure, along with a desire to become completely self-sustaining with regard to our energy production, renewable energies would need to replace 155,918 gigawatt hours (GWh)* each year.  In order to accomplish this goal using only recognized renewable energy producers (solar, wind, geothermal, and small hydro), we can estimate the costs to be as follows:

As evident, the use of solar provides California with the greatest “bang for the buck” with regard to renewable resources. To this end, the absolute minimum that it would cost the state to achieve the mandates contained within SB 100 would be roughly $203 billion. It can be reasonably assumed that the state will not simply fund this one energy producer outright, thereby we can presume that the overall costs of achieving SB 100 will be even greater than the estimated $203 billion. To put this into perspective, that is approximately 147% than the amount we are required to put toward education each year due to Proposition 98 (1988).  It is rather evident that this goal can only be achieved by looking through a green looking glass.

As an alternative, there is a way in which California can achieve energy independence while also emitting zero carbon – nuclear energy. While still costly to develop the infrastructure to power the state through nuclear plants, the cost would be, at a minimum, 33% less than if California exclusively relied upon renewables, such as solar. In order to meet the current energy demands of the state, we would need to construct approximately 10 new “Diablo Canyon” equivalent power plants throughout the state.  Such an endeavor would cost the state roughly $135 billion (1GWh = $861,807). While this may not seem like a practical option for the state, it is by far the most cost-effective should the state not waiver from its SB 100 goals.  Furthermore, this option does create an option for secondary benefits in the form of desalinization and hydrogen projects.

As we debate the future of Diablo Canyon, I implore my colleagues to read and internalize a 2021 report from Stanford and MIT which highlights a way in which we could alleviate two major problems afflicting California: access to clean water and clean fuel alternatives. Instead of shuttering the doors on the Diablo Canyon facility or merely extending its life, we should double the current size of the facility; the new energy could be redirected to power a large-scale desalinization plant along with a moderately sized hydrogen production plant.  These benefits would increase as we scale up the quantities of reactors available for energy demand fluctuations.

Without question, nuclear presents California with the cleanest and most cost-effective energy production option. In the coming days, we, the Legislature, must affirm our commitment to preserving Diablo Canyon while also signaling our support for the expansion of our nuclear portfolio.  This more realistic, short-run fix will dramatically help to secure a more reliable grid through which we can achieve the ambitious goal of becoming the first carbon neutral state in the Union.

*A watt is a measure of power; there are 1 billion watts in 1 gigawatt (GW). 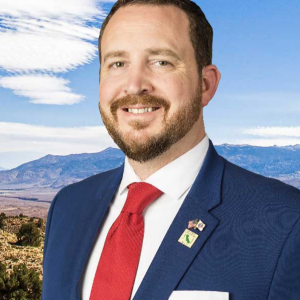 Devon Mathis
California Assemblyman Devon J. Mathis has represented California’s 26th Assembly District since 2014. Before joining the Assembly, Devon served his country for 10 years as a Sergeant in the Army National Guard, including two tours in Iraq.
The 26th Assembly District includes the communities of Tulare, Inyo, and Kern Counties. Follow him on Facebook at Facebook.com/AssemblymanDevonMathis and on Twitter at @devonjmathis

Latest posts by Devon Mathis (see all)
Spread the news: