The Wall Street Journal has published an opinion piece by editorial writer James Freeman that is supportive of the lawsuit filed against California Governor Gavin Newsom for exceeding his legal authority in repealing California’s lethal injection death penalty regulations and ordering the dismantlement of the death chamber at San Quentin.

A Sacramento County Superior Court Judge has continued on its own motion to August 31, a hearing on mutual Summary Adjudication motions, in response to the lawsuit, which challenges the Governor’s powers to repeal death penalty rules and dismantle the death chamber at San Quentin and which claims that the Governor’s actions establishing a death penalty “moratorium” by Executive Order in 2019 is legally flawed.

While the case is still pending, public disclosures now also reveal that the Governor has accepted more than $700,000 from two major law firms to both create and defend his Executive Order.

Rather than relying on the Attorney General’s office, Newsom has received extensive free “behested” legal services, including $405,000 in legal services from the private law firm of Boies Schiller Flexner, to help him craft his “moratorium,” as well as an additional $305,385 from the law firm of O’Melveny and Myers to defend the alleged faulty Order in court, according to public disclosures.  While the Los Angeles-based O’Melveny and Myers has represented Newsom pro bono in the legal challenge to the Executive Order, it has also received at least $600,000 in state funds representing the Newsom Administration in other cases.

Californians remain generally supportive of the death penalty law, according to the most probative recent polling of the issue.

Early in June, the national polling firm of McLaughlin and Associates found 49% of Californians would vote No if a constitutional amendment to abolish the death penalty is placed on the ballot in 2022 by the Legislature, while 43.8% would vote Yes.  When voters are informed of issues that would be raised during a campaign to repeal the death penalty, opposition to repeal increases to a majority of 53.3% of voters saying No to abolishing California’s death penalty law, and support drops to just 40.5%. 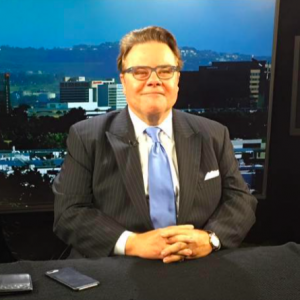 James Lacy
Author and media commentator James V. Lacy is managing partner of Wewer & Lacy, LLP and President of the U.S. Justice Foundation. He is co-author of California’s War Against Donald Trump and serves as publisher of a new website in development Taxifornia.net.

Latest posts by James Lacy (see all)
Spread the news: