Home>Governor>Sacramento’s Software Incompetence in the Software Capital of the World
04 Apr 2019 6:00 pm

California owns a well-deserved reputation as being the global epicenter of high technology. In nearly every critical area, from aerospace to biotech, from nanotech to green tech, to telecommunications, to chip design, California’s universities and private companies are either the best in the world, or they are counted among the leaders. 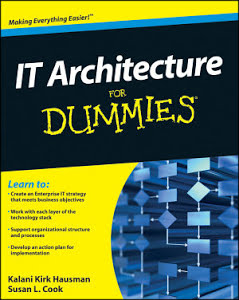 Probably at the pinnacle of global achievement is California’s software industry, spawning companies that over the past few decades and especially in recent years have completely transformed how we live. Some of these companies, for better or for worse, have designed products that are literally rewiring our brains.

None of this translates to California’s public sector, which is gummed up by a unionized workforce assembled based on fulfilling ethnic and gender quotas instead of merit, along with the usual waste, fraud and corruption that attends to any institution that relies on taxes instead of having to earn revenues in a competitive marketplace.

If you want to know just how bad California’s state government is at implementing software projects, despite being nestled in the software capital of the world, just review the “IT Project Tracking” report, courtesy of a laudable effort at transparency produced by the California Dept. of Technology.

At first glance, it’s not that bad. Of the 23 projects evaluated, only four are marked with a “red” status, defined as “Escalated for immediate corrective action. There is a significant risk to the health of the project.” But consider the cost of these four projects compared to the cost for all 23 projects combined. The total amount allocated for all 23 projects is $2.8 billion. The total amount of the four projects on the skids? Over $1.7 billion. Of the major software projects being undertaken by the state of California, over 61 percent of the money is being mishandled. By their own admission.

By far the worst offender is the “Financial Information System for California,” a red flagged project that has cost taxpayers $918 million dollars so far, with no end in sight. FI$Cal, which was launched back in 2005, is marked “Red” based on “missed deadlines,” “significant development delays,” “inability to complete all planned scope before project completion,” “inadequate determination of scope,” “quality, implementation and management issues,” “configuration errors and workflow errors resulting in rework and failed batch processing,” “quality management process issues,” “still does not have a production like test environment,” “delayed documentation of risks,” “project level issues are not being managed and mitigated,” and on, and on, and on.

What exactly is FI$Cal? To quote from their website, the goal is to “consolidate multiple financial systems into a common platform and eliminate thousands of legacy systems and applications specific to single state entities.” Their motto? “One state. One system.”

Fi$Cal is needed to improve state spending transparency. The State Controller has been unable to provide an open checkbook or meet public records requests asking for an itemized list of expenditures because financial data is currently scattered across 500 incompatible systems.

Consolidating these systems is a big job. But then again, 14 years is a long time. And $918 million is a lot of money. State Controller Betty Yee has expressed grave concerns about the FI$Cal project and claims that “efforts to tie a new computer program into the state’s legacy systems have delayed monthly cash reports and are threatening the accuracy of the state’s annual financial report.”

State Senator John Moorlach (R-Costa Mesa), who ought to be famous, even if for no other reason, because he is the only Certified Public Accountant serving in either house of the California state legislature, had this to say about the FI$Cal project: “As someone who as a County Supervisor has observed abuses to taxpayers by software producers, I am not amused when providers string a client out and, in the case of Orange County, deliberately forced a customer to spend more on unnecessary change orders. California has paid nearly $1 billion for Fi$Cal. This is outrageous. And it is still not working satisfactorily. And it seems that no one is really being held accountable.”

Who is running the FI$Cal project, one might ask? Maybe that’s part of the problem, because while there is an executive team, the project is a partnership bringing together several branches of state government, the Dept. of Finance, the State Controller’s Office, the Dept. of General Services, the Dept. of Technology, and the State Treasurer’s Office. Representatives from all of these departments sit on the FI$Cal steering committee. With this many players, is there accountability at the top? Is there authority at the top?

At the risk of breaking with orthodoxy, one recommendation would be to not just immediately fire or demote Barcellona-Ingenito, but to bring in someone new at a significantly higher rate of pay. And what is required for the top job is not someone with an MA in public policy, but someone with an advanced degree in computer science, with a track record of success in large enterprise software implementations, and – don’t bother if this isn’t part of the deal – the power to summarily fire any employee or any outside vendor involved in the project, for whatever reason or for no reason, and at any time. Give the the new director six months to turn the ship around, and if they fail, then fire them and find someone new.

Along with the ongoing state IT projects for which California’s IT Project Tracking website offer status reports, there is a legacy of recently completed, mismanaged projects. As reported in the Sacramento Bee, there is “a $100 million government computer program doubled the time it takes to license California nurses,” and “a $290 million tax software upgrade unveiled last summer made it more difficult to file taxes online, prompting a major accounting firm to file by paper instead.” And nobody will soon forget the debacle last year at the Dept. of Motor Vehicles as they fitfully attempted to upgrade their software systems.

California’s new Governor, Gavin Newsom, has claimed he wants to correct California’s state government ineptitude when it comes to information technology projects. Being thirty years younger than outgoing Governor Brown, and unlike Brown, having a more than passing acquaintance with actually running a business, it would be premature to dismiss Newsom’s aspirations. Quoted in the Sacramento Bee in reference to steps he is taking to solve the problem, Newsom said “If you like the status quo, you’re not going to like these reforms.”