The California High-Speed Rail Authority recently released its annual report that proved the bullet train is not on track. The report paints the same picture as previous reports: They want more hard-earned taxpayer dollars for a project that has changed so much it is no longer what voters approved in 2008.

The High-Speed Rail Authority sounds like a broken record. Yet again, they are asking for additional funds and an extension of the deadline for completion. The latest report documents another $1.8 billion in cost overruns, which puts the cost of building the project between Bakersfield and Merced at about $120 million per mile. If something is going to cost the taxpayers that much, it better be made of gold!

England has Stonehenge and California has the Railhenge

Originally, the campaign to support the initiative made it seem this would be the best thing for transportation since the invention of the wheel. However, the High-Speed Rail Authority is its own worst enemy. The doomed project is already fourteen years behind schedule and will cost about double what was promised. Instead of a statewide project, it has been reduced to the Central Valley. On top of that, the train will run at a slower speed than was promised when they sold the project to voters.

This is not the project Californians voted on eleven years ago.

We need to abandon the high-speed rail project and put the money into something that will really make a difference. House Republican Leader Kevin McCarthy, my congressman, has proposed to reroute the federal funds for this project into something that will actually help all Californians. His commonsense proposal would repurpose the funds into improving water infrastructure. This would help put food on the plates of all Californians.

In February, at his State of the State address, the governor himself recognized that it is not feasible to move forward with this project without accountability and transparency. However, the violations to taxpayers and voters have already occurred. It is time to move on. We must say enough is enough to the mismanagement of hard-earned taxpayer dollars; we must pump the brakes on this project and use the money for something Californians truly need.

England has Stonehenge and California has the Railhenge. The high-speed rail project has run off its rails and become a massive waste of taxpayer dollars. The project now should serve as a cautionary tale for Sacramento Democrats.

Regardless of technology’s advancements, all human beings still have basic needs: shelter, clothing, food, and water. It is past time for California to dump the big rail fail, move on, help water flow out of the tap, and help food grow in the Golden State. 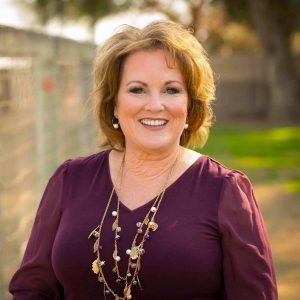 8 thoughts on “Pump the Brakes on the Bullet Train”