Home>Legal>Sacramento Attack on Statutes of Limitations Threatens Rule of Law Everywhere
04 Apr 2019 6:56 am

One of the key pillars of America’s legal system is under attack, jeopardizing the very values that underpin justice in our democracy. The pillar in question: statutes of limitations (SOL); legislative enactments that limit the time frame within which a legal proceeding, usually a civil action, may be brought. Recognized as early as Roman times, SOLs are an important component of our country’s rule of law.

SOLs reflect a public policy approach that balances a person’s substantive right to bring a cause of action with procedural fairness of certainty and finality. These statutes encourage aggrieved parties to assert their claims within a reasonable time and have been enacted to protect individuals from claims that have become stale because evidence may be lost, witnesses may have died or are not reachable, and memories may be faded.

Recently, in reacting to certain types of statutes of limitations issues, state legislatures, in particular, have begun to review their jurisdiction’s SOL. Some of these legislative bodies have enacted or are considering enacting significant expansion of statutes of limitations for certain civil actions. A number of states are grappling with issues concerning significant numbers of individuals subject to discrimination or harm due to the actions or inactions of an individual or institution.  Many of these claims are brought as class action lawsuits where potential members of the class receive notice of the suit and can opt in or out of the action.

It appears the activism we are seeing in some state legislatures to review and revise their SOLs for certain actions has been incentivized by these high profile class action lawsuits. An example is what is occurring in the California Assembly where a bill, AB 1510, has been introduced to amend the California Code of Civil Procedure to expand the SOL on civil actions for sexual assault and sexual misconduct claims.

This bill, while meant to take direct aim at a $215 million settlement recently reached by the University of Southern California, is very broad in scope and has provisions that go well beyond expanding the SOL. The lawsuit which was filed in federal court concerns the actions of disgraced gynecologist George Tyndall who was accused of sexually and verbally abusing female students who sought medical services over a period of over two decades.

Potential parties, along with their attorneys were asked to participate in the negotiations.  Although much of Dr. Tyndall’s misconduct occurred outside of the existing statutes of limitations, the parties were able to achieve an initial resolution of the case that waived SOL restrictions by providing compensation to his patients regardless of when he treated them.  Unlike most class action lawsuits all of Tyndall’s patients, approximately 16,000, were automatically opted into the settlement unless they expressly opted out.

However, AB 1510, among other things, states that any plaintiff who takes part in a federal settlement automatically will have their case revived if they are represented by an attorney not licensed in California. This unworkable stipulation is inconsistent with the basic recognized legal process of how attorneys represent one or multiple clients located in different states.

In addition, the bill would also automatically revive cases after plaintiffs receive their federal settlement awards.  AB 1510 would likely jeopardize the potential settlement the parties achieved in the USC case but even worse, in doing so, would undermine the very basis of SOLs.

High profile cases such as this one are creating an environment where state legislatures are enacting statutes that expand potential actions and defendants and create an almost unlimited time frame to bring certain civil actions. Legislation such as this would effectively negate the utility of future settlements as cases would not achieve finality.  Furthermore, it calls into question whether liability insurance would even be obtainable and whether insurance companies would continue to fund federal settlement cases at all.

Ramifications and consequences of these changes could go well beyond the USC case and even California. For instance, many states are experiencing a dearth of health care providers.  Actions such as this will certainly have an impact on raising liability insurance rates which will adversely affect the number of providers who will be able to continue to practice while absorbing this additional cost.  Decisions to expand SOL has other effects such as raising the overall cost of health care and decreasing the amount of capital available to improve or build infrastructure or acquire equipment.  Appropriate and well-thought-out statutes of limitations have shown that individuals and industries function better when they have a reasonable understanding of potential liability and can adequately plan to meet the exposure.

SOLs are an important and central component of our country’s rule of law. The basis for such statutes has not diminished with time and should be honored by legislative bodies by approaching any potential significant changes through a careful and thoughtful approach that respects the rights of all parties. 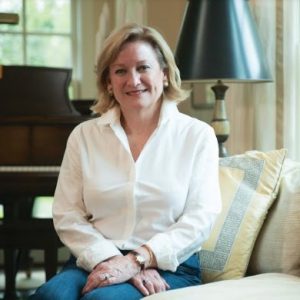