Home>Legislature>California’s Homeless Spending and Policies Have Only Worsened the Epidemic
24 Mar 2019 10:01 am

California used to be known for its gorgeous weather, Hollywood movies, high tech, and for growing and providing beautiful agricultural products for the rest of the world.  Today, California is known for its crazy Left wing politics, and for its homeless epidemic. 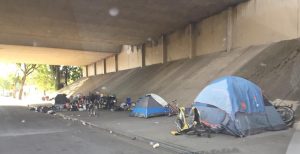 The Democrat-supermajority in the California Legislature has pushed and legislated policies that do nothing to decrease homelessness, and instead invite more of it to the Golden State. The explosion of California homelessness can be directly linked to the radical left’s determination to empty out the jails and prisons through legislation and ballot initiatives, claiming to be for safe neighborhoods and the well-being of our children. Combine that with the outrageous housing costs and lack of available affordable housing, and California is ground zero for a homeless explosion comparable only to colonies of feral cats.

Whenever challenged on the stability of the California economy, the Democrats reaction is, “California is the fifth largest economy on the planet,” as if the size of the economy in the most populous state in the nation is relevant. With nearly 40 million people, California now feels and looks like a Banana Republic in the larger cities, as well as rural areas of the state.

Whether you are forced to check the public defecation map to navigate the streets of San Francisco, are on the 57 freeway in Santa Ana looking at miles of homeless tent cities and camps, or you are dodging heroin-addicted homeless zombies around the State Capitol and on residential streets in Sacramento, the results are the same — Nearly one-third of the nation’s welfare recipients and homeless population lives in California. 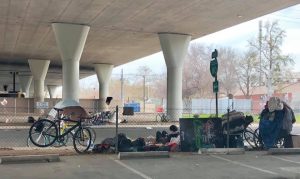 In 2017, a Sacramento city report found a 30 percent spike in homelessness over the past two years, which many in the region felt underestimated the problem.

Today, American’s mental health institutions are now county jails. Especially in California, following the 2011 prison realignment which resulted in moving “non-violent” prisoners from state prisons down to county jails and letting the “non-violent” out of jails. Following realignment, Propositions 47 and 57 decriminalized theft, and many drug and sex crimes.

As for any real help for the mentally ill and drug addicted homeless, most California counties only offer temporary overnight shelters rather than rehabilitation facilities.

Last week, Sacramento Mayor Darrell Steinberg and Councilman Jay Schenirer proposed a 100-bed shelter on a state-owned lot between two residential neighborhoods, not near any of the crucial services the homeless need.

Last year, Mayor Steinberg asked Sacramento County leaders for $53 million to provide services for the growing homeless population. Steinberg’s goal was to pool the county’s mental health funds, “which stem from a state millionaire tax he authored as a legislator – with federal grants obtained by the city to spend a combined $117 million in three years to reduce homelessness,” the Sacramento Bee reported.

However, Sacramento County staff opposed Steinberg’s proposal, and claimed the funds were earmarked or spent for other priorities. The County refused to let the money go to Steinberg.

During his last year in the California Legislature in 2015, then-Sen. Darrell Steinberg created The Steinberg Institute, to battle mental illness. “Since its inception in January 2015, the institute has helped enact sweeping improvements in California mental health policy, including securing $2 billion to provide housing and care for homeless people living with brain illness,” the foundation claims. The Steinberg Institute claims it “has had outsized impact on California’s legislative agenda.  Key to our mission is inspiring legislative champions—and 2017 saw the largest number of bills dedicated to mental health in recent history in California.”

No one is sure what the Steinberg Institute is spending its funding on other than lobbying the California Legislature, but in the four years since Darrell Steinberg created his foundation, and authored all of his legislation, the mentally ill homeless population has exploded in downtown Sacramento and surrounding city neighborhoods.

The Fox Guarding the Henhouse

Steinberg spearheaded Prop. 63 in 2005, which levies an additional 1 percent tax on incomes of $1,000,000 or greater to fundamental health service programs. However, the 2015 report, published in conjunction with the County Behavioral Health Directors of California, used statistics from 2011-12. They claim through the “Whatever it takes” mental health services, homelessness and shelter use was down in 2011-2012, due to the extra $500 million in funding provided through Prop. 63 taxes on California’s top income earners.

Emptying Out the Jails and Prisons Through Legislation and Ballot Initiatives 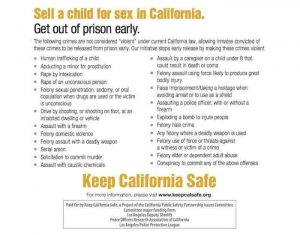 In 2011, the California Legislature passed AB 109, known as prison “realignment,” which “realigned” California’s overcrowded prison system, shifting responsibility of repeat, newly classified “nonviolent” offenders from state prisons to county jails. Those released were assigned county probation officers rather than state parole officers. Those newly “non-violent” criminals let out of county jails due to overcrowding are living on the streets, living on our parkways, rivers, and canals, and using the streets as their toilets. So before the effects of AB 109 could possibly be known, the 2015 report was claiming the Prop. 63 tax money was the result of declining incarcerations.

Steinberg also authored SB 82, the Investment in Mental Health Wellness Act of 2013, “which allocated $142 million in state General Funds for a grant program to expand the number of community-based mental health crisis services.” But what it really did was send funding to The California Health Facilities and Financing Authority (CHFFA) to administer the capital outlay function of the Act, which is to “convene public forums and webinars, reach out to stakeholders, craft emergency regulations and then permanent regulations, and design grant application processes–” …Lots of meetings and talking about homelessness and mental illness, costing $142 million.

Steinberg proposed in 2018 to spend $21 million over the next three years to subsidize construction of hundreds of small homes to help shelter the city’s growing homeless population,” the Sacramento Bee reported.

Steinberg also proposed plans to allow homeless drug addicts and criminals to jump ahead in the long waiting line of Section 8 public housing vouchers. In January 2018, 34,766 applicants had entered the Sacramento Housing and Redevelopment Agency’s lottery for a place on the waiting list, the SacBee reported. However, Only 7,000 slots are available, taking up to two years before housing becomes available. 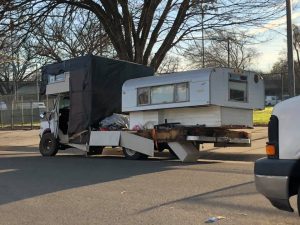 Mayor Steinberg’s solutions to the drug addled filth living and defecating on downtown streets, was to punish taxpayers once again through another tax, Measure U, passed in the last election, which he claimed would be used to combat homelessness. He should instead use the private model programs already working, wrestle the $54 to $98 million away from the county, and put several local non-profit organizations with proven track records in charge of the county’s homeless plans for change.

A woman who is a street minister told me a deeply disturbing story:

“I often go with folks as an advocate to apply for services. One of the most troubling things to me is being with a person who is in crisis and going through depression or detoxing. I get them to Behavioral Health and the intake case worker is asking questions about why they are there, their date of birth etc…, then proceeds to ask them if they are registered to vote and if not do they want to register to vote.”

“I am sitting there knowing what the person is going through and what it took for me to convince them to go get help, only to be put on the spot or under pressure to take time to register to vote when, you think your whole world is caving in. I am so appalled but I sit there and bite my tongue beacuse I do no want to add drama to the encounter. This is procedure at all of the offices whether it be for Medi-Cal, EBT, or what ever Social Service Department we visit.”

The federal Housing and Urban Development agency published its 2017 report on homelessness which found California not only has the largest homeless population in the country, the population grew from 2016. California had 134,278 homeless in 2017, of which 91,642 were unsheltered — a 13.7% increase from 2016.

In Sacramento, after already legislating hundreds of millions of dollars in funding for combating homelessness ineffectively, we now tax responsible residents out of more of their hard-earned income, to build tiny homes for people currently living and pooping on the street who will turn these houses into tiny crack houses, as has already happened in Los Angeles. Homelessness is only increasing in California, along with tent cities, used needles, piles of defecation on the streets, and communicable diseases.

The Democrats who control the state have solved nothing, and are spending ridiculous amounts of money doing it. It’s hard not to ask who is getting rich off of some of these dubious programs.

It’s time for big-city Mayors to back down and allow success to happen with the state’s most vulnerable people through proven private and non-profit programs. Money in the hands of politicians is about control, and not results. The State, county and city governments cannot and will not ever achieve any real results with California’s homeless epidemic.

(All photos are taken on Sacramento streets by the author, and author’s neighbors)