Home>Legislature>With Planned Power Outages This Summer, Is California Experimenting in ‘Green New Deal’
21 May 2019 2:05 am

Following the devastating California wildfires of 2018, Pacific Gas and Electric recently announced it will cut power this summer to electricity customers on high-wind days to avoid future wildfires.

While PG&E’s transmission lines ignited fires, others say many years with little to no forest management and cleanup of the forest floor and dead timber allowed the forests to ignite, and was the real cause of the devastation.

“After a very meticulous and thorough investigation, CAL FIRE has determined that the Camp Fire was caused by electrical transmission lines owned and operated by Pacific Gas and Electricity (PG&E) located in the Pulga area. The fire started in the early morning hours near the community of Pulga in Butte County,” California fire officials said in a statement, adding that “the tinder dry vegetation and Red Flag conditions consisting of strong winds, low humidity and warm temperatures, promoted this fire and caused extreme rates of spread.”

PG&E has cut power pretty regularly this fall and winter in the northern parts of the state. I own a cabin and land within the El Dorado National Forest, and received 12 text alert notifications of power outages from PG&E since October, most of which lasted days. The utility adjusted my electricity bill accordingly, but everything in the refrigerator and freezer had to be thrown out several times this winter and spring.

Cabin owners can expect this to happen. But imagine if this happens all over Northern California this spring, summer and fall when temperatures hit 100 degrees plus.

Former Gov. Jerry Brown took the Clinton and Obama-era regulations — which added excessive layers of bureaucracy that blocked proper forest management and increased environmentalist litigation and costs–– a step further when he vetoed a bipartisan wildfire management bill in 2016, authored by Sen. John Moorlach. While this bill may not have stopped all of the wildfires, it would have greatly helped some communities.

It is estimated that “for every 2 to 3 days these wildfires burn, GHG emissions are roughly equal to the annual emissions from every car in the entire state of California,”  USA Today/Reno Gazette reported in 2017. What is disturbing is when California burns, the state’s clean air achievements also go up in smoke.

The blazes spew enough carbon into the air to render the state’s climate and clean air policies moot. Not addressing the causes of the state’s historic wildfires makes any policy discussion about the need to reduce greenhouse gases pointless.

Turning off the Power

With the threat to cut power this summer, many are asking what about power to hospitals, health clinics, schools, businesses, government buildings and offices, public transit, street lights, sports arenas and stadiums, convention centers, hotels… the list is long.

Most do not realize just how much our country and state depend on electricity – particularly now that the state is pushing electric cars on everyone, amidst the threat to ban internal combustion engine cars. How will the Tesla and Volt drivers charge their electric cars with no power? Or will there be a two-tiered system determining whose power is cut?

Plunging millions of residents into darkness isn’t a good long term solution. But the serious question is “why?”

While the plan may potentially solve one problem for PG&E, it obviously creates another with residents, businesses, hospitals and government facing blackouts. The last California Governor who authorized rolling blackouts was recalled by the voters.

After he signed off on $42 billion in vastly overvalued energy contracts in 2001, Gov. Gray Davis instituted random, rolling blackouts that created chaos and severe economic damage in many parts of the state. “And it was Davis’s state energy traders who arranged for the state to pay prices for energy that were well above market,” Human Events reported in 2003.

Following the veto of his 2016 wildfire management bill, in 2018, Sen. John Moorlach (R-Costa Mesa) proposed SB 1463  which would have dedicated 25 percent of state cap-and-trade funds to wildfire mitigation efforts. That bill was killed. But parts of its concept were incorporated into SB 901, which did pass, and uses $200 million a year of cap-and-trade funds over five years for wildfire mitigation – how much per year. 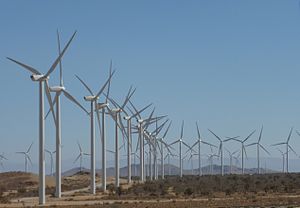 “The connection with cap-and-trade is crucial. Cap-and-trade is intended to fund the reduction of greenhouse gases,” Moorlach wrote. “Yet a few days of wildfires may generate a volume of greenhouse gases as great as every vehicle in the state operating for a whole year (in addition to the other toxic emissions and co-pollutants, not counting the immense loss of life and property).”

“Don’t even get me started on the amount of cap-and-trade money that is going to the high-speed rail boondoggle. Perhaps we should divert every last cent to our fire-prone areas and abandon the not-so-bullet train? Especially since it will be electric-powered?”

In 2019, Sen. Moorlach authored Senate Bill 584 which would expedite opportunities for local jurisdictions located in Tier 3 fire-threat areas to underground current overhead electrical infrastructure for wildfire mitigation. The bill will also establish a Wildfire Mitigation Oversight Board to develop and implement policies that reduce the looming threat of more wildfires.

Moorlach says overhead utility lines and equipment have caused many devastating blazes, with the equipment of California’s three largest utilities being responsible for igniting over 2,000 fires between 2014 and 2017.

Lastly, there is no discussion of how utilities can keep expensive and unreliable renewable energy contracts for wind and solar when they have to constantly cut the reliable power that generates electricity and is needed as backup for wind and solar. The electric power supply is primarily coal, the second-largest energy source for U.S. electricity generation in 2018. Perhaps this is something the bankruptcy judge in the PG&E case should address.

9 thoughts on “With Planned Power Outages This Summer, Is California Experimenting in ‘Green New Deal’”