Does Los Angeles District Attorney Jackie Lacey have a re-election problem on her hands? The county’s first African-American and woman to hold the office was first elected in 2012 and ran unopposed in 2016. But ahead of her 2020 re-election campaign, she’s facing criticism from a loud chorus— literally—of Angelenos concerned about her record of allegedly bailing on efforts to prosecute police officers accused of murder, while simultaneously building a robust record of targeting ethnic and racial minorities, as well as poorer individuals charged with crimes.

For months now, progressive activists have been leading protests in front of Lacey’s office over these exact allegations (bonus: Lacey is also under suspicion that she’s a closet Republican). But last month, things turned a little more attention-gathering when protesters assembled on her birthday, singing a revised version of “Happy Birthday To You” that emphasizes their ongoing opposition to Lacey’s tenure at the DA’s office.

Lacey has also sustained criticism from activists who believe she might have declined to prosecute Ed Buck, the Democratic donor with a habit of having young minority drug users show up dead in his home, based on a $100 contribution to her campaign.

Is all this scrutiny and activity having an impact? Maybe.

In the middle of last month, Lacey sent a seemingly unprompted letter to the Los Angeles Blade regarding her decision not to prosecute Buck, whose donation she took pains to note she had returned. In that letter, Lacey specifically stated:

I have asked the Los Angeles County Sheriff’s Department to continue to thoroughly investigate the deaths of both men.

I also am calling on the public to come forward with any information that may aid in the investigation and shed light on the circumstances of these tragic deaths.”

That might be read as an attempt to appear eager to prosecute, despite prior decision-making with regard to the Buck case.

Lacey also seems to be flipping like a fish out of water on an array of criminal justice reform matters as 2020 approaches.

In her capacity as LA DA, Lacey has likely sent many defendants to private prisons; According to a co-founder of Black Lives Matter, LA County— where Lacey operates— has “about 618 people in prison per 100,000 residents. That’s significantly higher than California’s overall rate of 496 per 100,000 residents and more than four times higher than San Francisco’s rate.” Lacey recently came out in favor of ditching private prisons.

A second look at drug convictions

Among Lacey’s convictions undoubtedly are an array of drug-related ones, likely including plenty relating to marijuana, which only became legal for recreational use by adults 21 or over when the November 2016 election results were certified. Lacey has now also committed to reducing or dismissing some 54,000 marijuana-related convictions after previously saying she would not and deferring to courts on the matter.

Many Angelenos will undoubtedly approve of Lacey’s moves on marijuana. But it remains to be seen whether she will weather the storm generated by progressives who do not see her as an appropriate advocate for the people of Los Angeles. Worse, from their pov, she may be a conservative-in-liberal’s clothing willing to say and do things to placate fired-up, outraged activists but who will not deliver when push comes to shove.

Ultimately, the test of her commitment on these issues so far as progressives are concerned will not be what Lacey says, but rather what she does. Will she pursue prosecutions of police accused of murder? Will she pursue Buck or show the ongoing commitment she pledges to investigate the deaths she wrote about in her letter to the Blade? Will she decline to prosecute cases if defendants could wind up in particular prisons as a result of a conviction? Will she step up and do her part with regard to reducing and dismissing marijuana-related convictions, or will that still really be up to courts alone?

The job of LA DA is a big one, and historically, the public hasn’t appeared particularly amenable to perceived lukewarm efforts on the law and order front. Remember the second Menendez brothers trial in the wake of OJ Simpson’s acquittal. This adds up to potentially tricky terrain for Lacey given California’s changing politics, demographics and priorities.

Liz Mair is the Founder, Owner and President of Mair Strategies LLC, a boutique strategic communications consulting firm based in Arlington, Virginia, with a presence in Los Angeles. Her firm has worked on criminal justice and criminal justice reform issues, including cannabis legalization. She is also a former advisory board member of GOProud and member of the Young Conservatives for the Freedom to Marry. 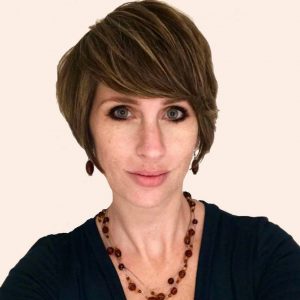