What’s wrong with displaying the nation’s flag in your yard? According to a Stanford University administrator, a lot.

Campus craziness has engulfed the famed and highly respected Stanford University after an administrator suggested that a fraternity remove its American flag because it offended and frightened some people on campus.

The report, published in The Stanford Review, claims the professor was only trying to help the troubled Sigma Chi fraternity as it battled with campus administrators over past incidents relating to a current probation. Reportedly, in order to “ensure its survival and eventual lifting of its probation,” the professor recommended they ought to make themselves “an ally of the university” and “break stereotypes”. 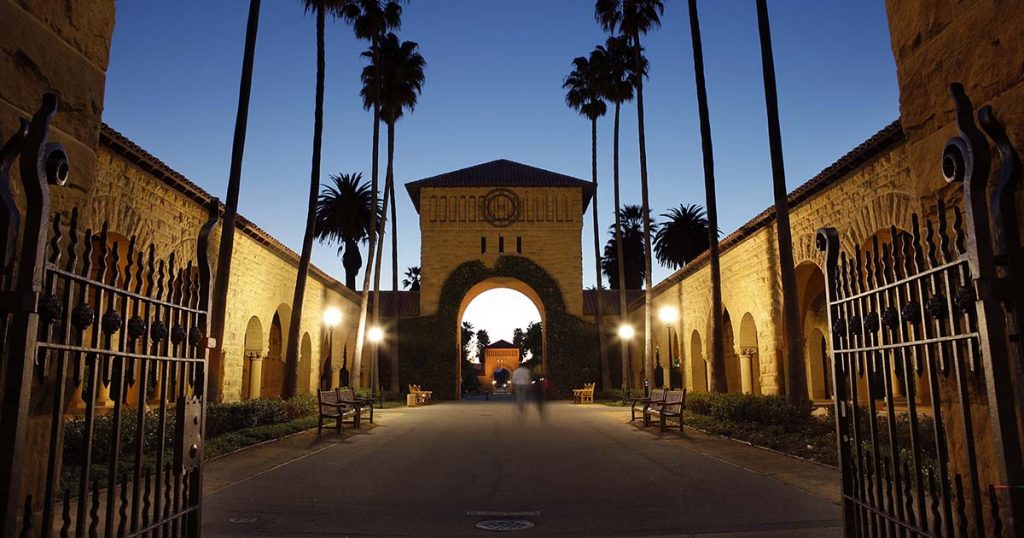 The chapter was placed on suspension in the fall of 2017 and it was not until a recent meeting between house leaders and campus officials when the fraternity was told by the un-named professor going by the label of “Mr. Z” that they should do away with their flag.

“Mr. Z” is the name being used by the Stanford Review newspaper. An official name has yet to be released by the university.

However, the story gets even more interesting. After Mr. Z told the fraternity President that the “American flag, as a symbol, could be intimidating, aggressive or alienating,” not only did the Sigma Chi chapter decide to remove their 3-by-5 flag, but they replaced it with a much larger one.

The report notes that many member of the fraternity were upset by the professor’s suggestion and couldn’t understand why the individual had largely zeroed-in on their flag when several other America flags flew across the campus including in front of the schools main post office. Additionally, students from Sigma Chi pointed to Dominican, Palestinian and Columbae flags that flew from other fraternities located on the same street.

The original flag was framed and placed inside the fraternity in what is being called a “silent but visible protest.”

It is interesting and should be pointed out that the author of the article acknowledges the national anthem was not played at Stanford’s 2018 graduation ceremony.

Stanford is no stranger to scrutiny regarding its American flag stance. Earlier this year, a group of Republican students were told in an email that they could not display the flag on any group or club T-shirts that related to the university.

The email wrote “Stanford does not approve the use of the American (or other flag on product also featuring our trademarks (including the Stanford name),” stated the email. “We can approve red/white/blue themed product but cannot approve this design which features altered version of the flag in the background of the design, and within the initials for the organization name. I note you feature a different design on your website — we would be able to approve that design on product,”

As for the Sigma Chi chapter, they are still on probation and the situation is under investigation but the university.

Latest posts by Sean Brown (see all)
Spread the news: