On Wednesday, the Assembly passed a bill allowing for remote voting or proxy voting by lawmakers during state emergencies.

Under Assembly Constitutional Amendment 25, written by Assemblyman Kevin Mullin (D-San Mateo), drastic emergency situations were also laid out, such as a quorum being called if 1/5th of a house is disabled, deceased, or missing.

Mullin wrote the bill in response to the unpreparedness of the California legislature to the coronavirus pandemic. As both houses were unprepared for building shutdowns, the California Legislature stopped for the first time since 1862 in mid-March and didn’t fully resume until last month. Being unable to act and allowing the Governor to run the state via Executive Orders was also cited as a reason by lawmakers to create a bill such as ACA 25.

“California, a state with 40 million people, currently has NO continuity of government provision in its Constitution,” stated Assemblyman Mullin in a press release Wednesday. “Consequently during our COVID pandemic driven recess, the legislature was severely limited in its ability to fulfill its duty as a co-equal branch of government. The strong bipartisan support for this legislation reflects the fact that during an emergency, our constituents need us more than ever. California leads the world in the use and development of technology and should be leading in digital democracy as well.”

Other lawmakers expressed their frustration at not being able to perform their duties during those two months, and that there was a need for voting procedures in case of another major emergency, such as another outbreak or earthquake.

“Every woman and man in this room I think was incredibly frustrated by the experience that we felt when we weren’t able to come to Sacramento and do our jobs,” added Assemblyman Marc Berman (D-Palo Alto).

Concerns over the constitutionality of remote voting

While ACA 25 was passed 60 to 13 with 6 abstentions, it was close to not reaching the 2/3rds majority needed to go on to the Senate. Many lawmakers had expressed concern over the constitutionality of remote voting and how the public would largely be cut off from remote voting if passed.

“There is legitimate concern here,” noted lawyer Connie Ramirez. “You can’t keep this sort of thing away from the public. There are legitimate cases where remote voting should be allowed, such as illness or health concerns or being stuck somewhere because of cancelled flights, but if proxy voting isn’t a go, then the bill needs to be amended to allow for it being in certain circumstances for some people, not the entire vote. Or if there is a shutdown, put in a provision where the public must have access in a reasonable way.”

“Right now all the bill says is “The Legislature, or each house, shall choose technology to effectuate this section that furthers the goals of security, the integrity and efficiency of the legislative process, and accessibility for Members who participate in proceedings remotely and members of the public who seek to view proceedings conducted by remote participation.” That is very vague language and effectively blocks out those who may not be able to afford to view or hear it remotely.”

“There’s just too many open questions right now on this, but they’re trying to pass it ASAP.”

If ultimately passed by June 25th with the required 2/3rds of house votes, ACA 25 will be placed on the ballot in California for the November election.

ACA 25 is next due to be heard in the Senate Rules Committee in the coming days.

Academia Must Wake Up to Sophisticated Chinese Espionage Threat 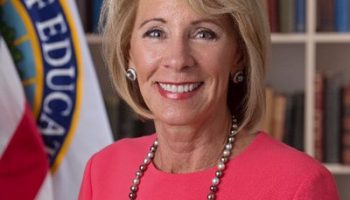 UC, CSU Systems Will Give Stimulus Money to DACA Students

College students who illegally immigrated to U.S. with parents are not eligible for CARES Act funding