With the independent contractor limiting bill AB 5 about to become law January 1st, many lawmakers and politicians who initially supported the bill are now beginning to question either all or certain parts of it.

With thousands of jobs already lost to the bill, and many more expected to be lost due to how the bill redefines independent contractors and employees, AB 5 has already been decimating industries across California.

One of the hardest and most controversially hit areas is the media. Due to, in the words of AB 5’s author, an “arbitrary” limit of 35 paid submissions a year for freelance journalists, many publications have had to fire writers en masse. Vox alone had to get rid of 200 writers in California. And as CNN reported, small town papers with a limited number of writers face huge challenges in 2020. Many aren’t sure they can even survive without a steady number of freelance writers.

“We rely on freelancers for almost everything,” noted the editor of a small newspaper in Northern California who didn’t wish to be named. “We have mostly college kids and retired folks writing on the side, either building some part time writing experience, or keeping active and making a little spending money. With the 35 limit I don’t know where to go.”

With such a large outcry, and a large number of Californians facing vastly reduced pay or no pay at all, state lawmakers have begun to think twice about AB 5.

Foremost among them is AB 5 author Assemblywoman Lorena Gonzalez (D-San Diego). While she has been very vocal in her support for AB 5 despite a growing number of problems, she has begun to questions the freelance writer part of the bill. In recent weeks she has shown little empathy for writers who lost their jobs, especially in the case of Vox.

Those 200 freelance “jobs” SB Nation /Vox announced ending yesterday & replacing w/staff jobs are better described here. I’m sure some legit freelancers lost substantial income, and I empathize with that especially this time of year. But Vox is a vulture. https://t.co/qsAktJILBx

“I’m sure some legit freelancers lost substantial income, and I empathize with that especially this time of year. But Vox is a vulture,” Assemblywoman Gonzalez said earlier this month.

But last week the Assemblywoman changed her tune and opened up to possible changes to AB 5 for freelance journalist submissions.

“I almost regret asking this here,” said Gonzalez on Twitter. “But given the broad cross section of freelance writers here, it’s a start: if the Bill was amended to make clear that the Business to Business exemption applies to freelance journalists who satisfied the requirements – would that work?”

She further clarified her position of working on changing that part of the law in 2020 over a Twitter response several days later.

“These were never good jobs,” Tweeted Gonzalez. “No one has ever suggested that, even freelancers. We will continue to work on this next year.”

It should be noted that during her Twitter session that Gonzalez was both praised for her AB 5 efforts and also criticized for not understanding the industry and only speaking for a small number of freelancers.

These were never good jobs. No one has ever suggested that, even freelancers. We will continue to work on this next year.

While she has continued to defend the bill as a whole, saying recently “This is not a bad bill”, her willingness to change a part of it shows early worry.

“Just before Christmas there were some Assemblymembers who said they were shocked at the number of people coming out against AB 5,” said Dana, who works at the State Capitol. “Truckers especially. There were a lot of businesses just barely scraping by that called in who now have to decide between keeping two employees full time or keeping 10 or so part-time as contractors.”

“I can’t speak to my own feelings of the bill, but I can say that a we’ve heard from a lot of Californians about wanting changes to the bill. After January 1st we’re probably going to hear a lot more.”

AB 5 could also be curtailed in the courts, as two lawsuits, filed by truckers and journalists respectively, are currently challenging the soon to be law. If successful, AB 5 could be gone by as soon as 2021.

“A lot of people in Sacramento are taking notice of this,” explained California pollster Ricardo Chavez. “I think Gonzalez has a good heart and truly cares about workers, but no one really looked into what the consequences would be. Now there are lawsuits going against the first amendment and pissing off the papers and news channels. You turn on CNN, and it isn’t about AB 5 giving workers good benefits, it’s about all the lives it’s ruining.”

“A lot of Assembly members and a lot of senators aren’t going to push that they backed AB 5 this fall. That’s why they’re starting to try and change it. They don’t want to lose votes and they want to keep their position. A lot of people lost jobs here. They argued that people shouldn’t have a few side hustles when they should get a good-paying job in the first place, but a lot of people have full-time minimum wage jobs now that they need side hustles with just to make it. AB 5 failed to see the big picture to a lot of people. We’re starting to hear just that in phone polls.”

“I also want to point out that this is only the press. Many other jobs are being hurt out there because of this. A lot of independent contractors, or those in contractor like jobs, are feeling this.”

AB 5 will be law in California January 1st. Any changes to AB 5, as well as the results of the lawsuits against the bill, are expected next year. 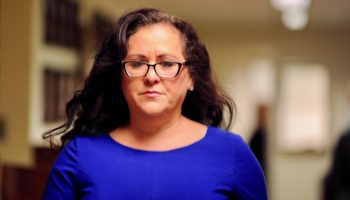 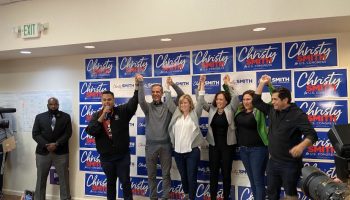 While claiming to be an emergency management official, Smith fails to hold any hearings on coronavirus

29 thoughts on “Assemblywoman Gonzalez, Other Lawmakers Begin To Rethink Certain Parts of AB 5”