Home>Articles>Key Provisions of the Legislature’s Internal Rules: The Senate Rules Part I
25 Mar 2020 6:15 am

Beyond the relevant provisions of the California Constitution, contained primarily in Article IV, as well as applicable sections of the California Government Code, the State Senate and State Assembly are governed by their Joint Rules, the Standing Rules of the Senate and the Standing Rules of the Assembly. This article provides a summary of the Senate Rules.

The following is a summary of the Senate Rules with the corresponding rule number at the end of the explanatory sentence. Note that some Rule numbers do not exist.

The Senate generally meets daily at 9am, except for the weekend, unless otherwise ordered. (Rule 1)

The President pro Tempore, Vice Chair of Rules Committee, or other senior member call the house to order. (Rule 2)

Senators may not be absent without first obtaining permission for leave. The President pro Tempore can direct the Sergeant at Arms to compel the attendance of senators, unless that senator is sick or unable to attend. (Rule 3)

The order of business on the Senate Floor is specified. (Rule 4)

The Senate may convene in executive session and those present must keep secret all matters and proceedings. (Rule 5)

The President pro Tempore is the Presiding Officer of the Senate. He or she is responsible for the disposition of bills and other business and must maintain order in the Chamber. He or she serves as an ex officio of all Senate and joint committees. The Vice Chair of the Rules Committee has all the powers and duties in the absence of the President pro Tempore. (Rule 7)

The President pro Tempore may name another senator to perform his or her duties. Or this role can be performed by the Rules Committee Vice Chair. (Rule 8)

It is the duty of the Senate Secretary to attend every session, call the roll, and read all measures. The Secretary of the Senate oversees all printing, certifies all Assembly measures, keeps the Daily Journal, has custody of all measures and records and is the executive officer of the Rules Committee. (Rule 9)

The Sergeant at Arms attends all Senate meetings and processes all commands of the Senate. He or she may arrest for contempt persons found in loud conversation or otherwise making disturbances. (Rule 10)

The President pro Tempore, Rules Committee members, Secretary of the Senate, and Sergeant at Arms are elected by majority vote of the Senate Members. (Rule 10.5)

The Controller is authorized and directed to draw warrants in favor of officers and employees who render services to the Senate. (Rule 10.6)

The Committee on Rules consists of the President pro Tempore and four other Members that are elected by the Senate. Rules Committee appoints all other committees and designates the chairs and vice chairs. They may take into consideration geographic representation and other qualifications. (Rule 11)

The standing committees of the Senate are named and subjects to be referred to each committee are provided. This is a guide, but not binding on the Rules Committee when making bill assignments. (Rule 12)

The Committee on Legislative Ethics is created and requires equal representation of political parties. The chair and vice chair are of different parties. A Chief Counsel may be retained or appointed. No partisan activities are allowed by this person. An ethics ombudsperson is appointed. The committee must recommend standards of conduct for senators, officers and employees. Advisory opinions may be requested and issued. A manual shall be developed and periodic workshops shall be conducted. The committee receives and reviews complaints alleging violations of the standards. There are detailed rules for the handling of complaints. Senate can take actions based upon the committee’s recommendations, including reprimand, censure, suspension, or expulsion. (Rule 12.3)

The General Research Committee is created that consists of the 40 Senators and can act through subcommittees. (Rule 12.5)

A select committee is a subcommittee of the General Research Committee. Select committees can be requested by individual senators. Rules Committee approves the request, establishes the jurisdiction, and appoints members. (Rule 12.6)

Rules Committee can exercise all rights, duties and powers of the General Research Committee. (Rule 12.7)

Rules Committee is charged with general responsibility for administrative functions of the Senate, including books, documents and other papers. Rules Committee continues in existence during any recess until the convening of the next regular session. Rules Committee exercises all powers and duties to operate the Senate. (Rule 13)

Rules Committee incurs and pays expenses of the Senate, including offices in the State Capitol. (Rule 13.2)

Rules Committee is responsible for the safekeeping of Senate property. Department of General Services maintains the Chamber and all committee rooms used by the Senate. (Rule 13.3)

Rules Committee makes and maintains a complete inventory of all property of the Senate and has custody and control of all Senate property. (Rule 13.4)

The adoption of Standing Rules for any special session does not modify or rescind the Rules for the regular session. (Rule 13.5)

Rules Committee is the committee identified in the Government Code related to monies available for charges or claims incurred by the Senate. (Rule 13.6)

Rules Committee proposes to the Senate the schedules for regular meetings of the standing committees. (Rule 14)

Each standing committee to which a bill is assigned has full power and authority during the session or recess to make an investigation and study concerning any proposed bill as it deems necessary. Each standing committee can summon and subpoena witnesses and require production of papers and other documents. This can be exercised after Rules Committee approval. All state agencies and employees shall furnish to these committees any information and records requested. (Rule 16)

Chair or vice chair of the Rules Committee may designate any senator to attend funerals and incur expenses that are reimbursed. (Rule 17.5)

A member of a committee may not incur any expense unless authorized by resolution of the Senate. (Rule 18)

All requests for the printing of reports of Senate committees are made to the Rules Committee. (Rule 18.5)

Joint, concurrent and Senate resolution, and constitutional amendments are treated the same as bills under the rules. (Rule 19)

In cases not provided in the constitution, statutes or rules, the authority shall be the latest edition of Mason’s Manual or the custom and usage of the Senate. (Rule 20)

A joint rule may not be suspended by the Senate without concurrence of 27 members. (Rule 21.1)

A Senate or Joint Rule may not be suspended unless the Rules Committee determines that an extraordinary circumstance exists that justifies the suspension. (Rule 21.1)

The standing committees of the Senate are governed by specified rules, including having three officers – chair, vice chair and secretary. The chair presides, unless he or she is presenting a bill. The secretary keeps a complete record of meetings and actions taken by the committee. Meetings are called on the day and hour specified by the Rules Committee. A majority of members constitutes a quorum. The chair sets the hearings and arranges the calendar. A bill may be presented by the author’s representative. Committee hearings shall be open and public, unless an authorized executive session is required. Additional provisions set forth procedures for committee voting, adoption of amendments, hearings, etc. (Rule 21.5)

Committees may adopt additional rules which are not in conflict with other rules. (Rule 21.6)

The vote of a majority of members of a standing committee is required to report a bill, constitutional amendment, concurrent resolution, or joint resolution out of committee. (Rule 21.7)

Accredited press representatives may not be excluded from any public hearing and may not be prohibited from taking photos or recording the hearing, subject to specified conditions. (Rule 21.8)

Any senator who wants to introduce a measure shall send it to the Senate Desk. A bill is numbered, read, printed, and referred to committee by the Rules Committee. All resolutions automatically go to Rules Committee, but may be referred to another standing committee. (Rule 22)

A Member of the Senate may introduce no more than 40 bills in the regular session, absent a rule waiver. This rule does not apply to constitutional amendments or resolutions. (Rule 22.5)

A bill may not add a short title that names a current or former Member of the Legislature. (Rule 22.6)

A bill that assigns, requests or requires a study must be referred to the Rules Committee. (Rule 22.7)

The Senate Desk shall remain open from 9am to 5pm on designated days for the introduction of bills. (Rule 23.5)

For special session bills, upon introduction, those measures are referred to the Rules Committee to determine whether the bill can be properly considered in the special session. (Rule 24)

A Senate concurrent resolution may be introduced relating to a present or former elected official or immediate family member. Other resolutions can be for the purpose of expressing sympathy, regret or sorrow. (Rule 24.5)

All Senate resolutions upon introduction are given a number by the Secretary. (Rule 25) 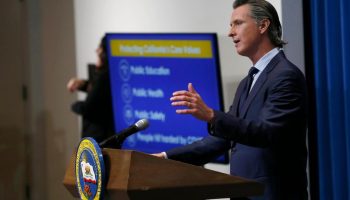 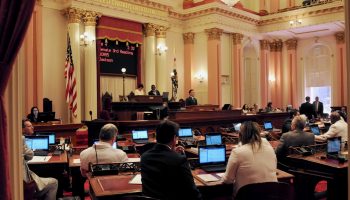