What could possibly make someone leave Redlands, California for a move to Valparaiso, Indiana? According to our latest interview on Leaving California, “quality of life.”

Everyone is piling on California these days, and for many valid reasons. California is always ranked as one of the worst states in the country in which to run a business, while many other states are ranked at the top of the chart. “California has it real bad, with the state’s ideal climate and digital-tech dominance simply not able to overcome CEOs’ impressions that the Golden State just doesn’t care about how expensive and difficult it is to do business there,” Chief Executive says. “So it keeps hogging the bottom of the Chief Executive list.”

“Perennial No. 1 Texas is an example.” Texas always ranks as one of the best. Chief Executive rankings show Texas in first place and California in an embarrassing last place at 50th.

Indiana came in at Number #5 in the nation among the top-performing states in Chief Executive magazine’s 2019 Best & Worst States for Business survey. “The best states can practically do no wrong, with their inherent advantages enhanced by enlightened administrations continually finding ways to be welcoming to CEOs and their economic booty,” Chief Executive said. “Also consider Indiana. ‘It has a very low tax burden and a regulatory environment that is somewhat favorable to business,’ notes Dan Starr, CEO of Do it Best, a $3.7-billion home-center-retail supplier in Fort Wayne that is the largest privately-held outfit in the state. ‘And when you look at the state budget, there is no looming unfunded public-pension liability or something like that.’”

Julie Biggs and her husband already lost an adult son and his family to Indiana. They visited as much as they could, and got to know the state well. “It’s not at all like the rust belt,” Julie said. “People are open and nice.” Biggs said that over time, they came to the conclusion, “we can do this!”

Julie said she even finds Redlands and Valparaiso look alike, and are similar in many ways.

Biggs and her husband are from Redlands, CA, and are life long Californians. Redlands was even Julie’s hometown as a child. “Everything I’ve known and cared about was there,” Julie said.

Julie Biggs started out of college as a teacher in South Central Los Angeles. “Back then in the late 1960s it was difficult and challenging, but not life threatening the way it is today,” Julie said. “Back then, you felt like you were actually making a difference.”

Julie, an attorney and California GOP county Party member, said in 2012, “it was becoming clear that for conservatives, California was not a good place to be – even in Redlands. Traditional elements of the community, respect for the quality of life Redlands offered, was being lost,” Julie said.

She said government structure affects everything. “Homeless people were living on the streets in Redlands,” Julie said. “Going downtown for dinner, we had to step over people.” And what really irked Julie was, “the government is feeding the drug-addicted homeless with the money of those people who are productive – the taxpayers.”

When Julie and her husband made the move to Valparaiso, “we walked right into community involvement.” Within six months, Julie was on the Executive Committee of the County Republican Party.

She said that the quality of life immediately improved for them. “We noticed an ease of access to everything – even local and state politicians,” Julie said. “It’s a totally sincere open door policy.”

“In California, to get access to politicians, you have to spend a lot of money and make large campaign contributions. In Indiana, you have to just step forward.”

Julie Biggs said she was easily admitted to the Indiana State Bar Association. And she also noted the lower cost of living including low-income tax rates, and utilities are half of what they spent in California. “We had a heatwave here and kept the house air conditioner set at 72 degrees… what’s not to like?”

Gas prices in Indiana are quite reasonable – today they range from $2.50 to $2.70 per gallon. This week in Sacramento, the average was about $3.80 per gallon, which is the cash or the gas company credit card price; use your VISA and it costs about .10-.20 cents more per gallon.

Julie says she is frequently asked by Indianans why she would leave California for the Hoosier State. “My response is easy: economics and politics. We had to get out of the People’s Republic of California.”

Julie Biggs added: “Every morning I say to myself ‘I’m so glad I came to Indiana.'” 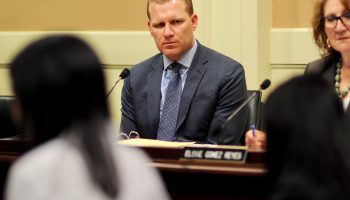 Mayes cites skewed focus of Republican leadership, lack of bipartisanship among other reasons for leaving. 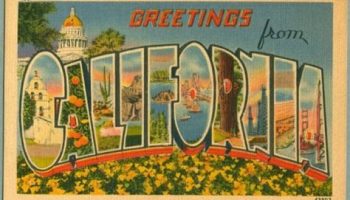 If California is So Totally Awesome, Why Are So Many Residents Leaving?

The ruling class of elite politicians, media elite and elite oligarchs are turning California into an unrecognizable 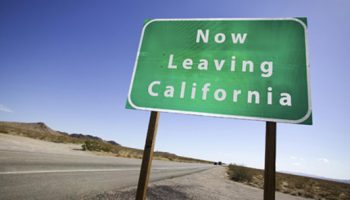