Fifty years ago in 1969,  more than 30 million people in theNortheast suffered one of the largest power outages in U.S. history. Everything went dark. The blackout lasted 13 hours for many.

The blackout spread from New York to Massachusetts, New Hampshire, Vermont, Rhode Island, Connecticut, Pennsylvania, New Jersey, and even into Canada in Ontario and Toronto.

In 2019 California, the home of Silicon Valley, blackouts became the norm.

On September 9, 2019, PG&E Corporation and Pacific Gas and Electric Company filed a joint Chapter 11 Plan of Reorganization in Bankruptcy Court.

The deadline for filing claims in the PG&E bankruptcy reorganization is December 31, 2019.

A settlement was filed December 20, 2019 with the California Public Utilities Commission, after a five-hour bankruptcy court hearing in which the bankruptcy judge approved two Pacific Gas & Electric settlements totaling $24.5 billion to help pay the losses suffered by homeowners, businesses and insurers.

“These efforts support PG&E’s most important responsibility, which is the safety of our customers and the communities we serve,” said PG&E Utility CEO and President Andy Vesey. “This agreement furthers our commitment to deliver safe and reliable energy to our customers including making our system more resilient to the growing threat of wildfires.”

However, if approved by the CPUC, this settlement finds that electricity customers would see an average increase in rates of $4.90 a month, up 4 percent from current monthly bill levels of $121.12, and $0.79 for gas service. The resulting rate change would occur in 2020 following the CPUC’s decision and rate revisions through 2022, PG&E reported.

Gov. Gavin Newsom recently announced his disproval with PG&E’s plan to emerge from bankruptcy, saying the plan does not comport with state law, a requirement to qualify for wildfire coverage outlined in recent legislation passed by the Legislature.

If PG&E doesn’t come up with a plan which comports with state law by the June 30 bankruptcy deadline (set by the Legislature in the recent legislation), both settlements with fire victims and insurers could break down.

The settlement agreement must be reviewed by administrative law judges. Other parties will have an opportunity to provide comments before a final CPUC decision is issued in 2020, according to PG&E.

As California Globe recently reported, PIMCO and Elliott Management proposed a $35 billion plan earlier in the year, to facilitate PG&E’s emergence from bankruptcy within the year. The bondholders’ offer of a buyout would also put to rest anticipated ratepayer increases as a way of a bailout.

According to PG&E, among the important wildfire safety investments in the 2020 General Rate Case are the following components of PG&E’s Community Wildfire Safety Program: 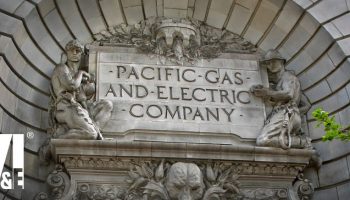 PG&E clears first big hurdle for coming out of bankruptcy 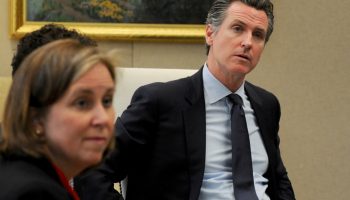 What about the bondholders’ $35 billion offer?