‘The Helus family is the real victim here because they aren’t going to get the money now.’

Partisan politics has polluted a charity event that was planned to raise money for the family of Ventura County Sheriff Sgt. Ron Helus, killed in the mass shooting at Thousand Oaks Borderline Bar and Grill in Southern California last November.

News reports say the Blue Bowl football charity event has been postponed because Thousand Oaks Police Chief Tim Hagel reportedly objected to Trump supporters speaking at the event. But the back story is the real tale.

The Blue Bowl is a co-ed flag football charity tournament that raises money for families of the fallen, and honors the lives of police officers who died in the line of duty.

Charity events for slain police used to be non-partisan.

“Mike Randall, Vice President of the Fallen Officers Foundation, which organizes the Blue Bowl, says things started going south when he allegedly got a text from Hagel saying there were serious issues with the event, specifically that the speakers would cause local political issues.”

The Blue Bowl speaker list was bipartisan. It included Gov. Gavin Newsom’s public safety liason, Trump supporter Scott Baio, who went to the same church as Sgt. Helus, as well as Trump-supporting singer Joy Villa, who was to sing the national anthem.

Randall says in a phone call, Hagel questioned why the Trump supporters were invited.

“He basically said over and over in the conversation this is not Trump country, that slogan ‘Make America Great’ is not favorable, popular, within 1,200 square miles, that we don’t want Republicans here, I could not believe it… We were totally floored by this comment, ‘the only thing,’ and I quote, ‘the only thing you coulda made this worse, Mike, was to invite dick Cheney and Sarah Huckabee Sanders,’ and I went…wow are you kidding me?” Randall said.

Randall told FOX 11 that Hagel also said he was contacted by Democratic Assemblywoman Jacqui Irwin who was allegedly upset that her previous election opponent, local Republican attorney Ronda Kennedy, had been invited.

Randall says Police Chief Hagel told him to get rid of the Republican speakers or else he would tell the Ventura County Sheriff Department and local politicians to pull out of the Blue Bowl, Fox 11 reported. “When he refused, he allegedly received a text from Hagel saying that after speaking with the Sheriff, they were respectfully pulling out, then, confirmed the decision in a phone call.”

Sheriff Ayub also angered many because of his statement:

“I initially gave my approval for support of the event organized by this out-of-state group. As we drew closer to the actual event, they seemed to become more focused on political agendas, and less and less so on the victims and their families. I felt it was in the best interest of the department, the victims, and our community to not directly participate in the event, which the organizers have since cancelled.”

“The event organizers have now launched a vicious and calculated social media campaign against the Ventura County Sheriff’s Office — and specifically against Commander Tim Hagel, who serves as the Chief of Police for the City of Thousand Oaks, as he has done honorably for the past several years.”

The Globe spoke with a resident of Thousand Oaks who said the real political conflict was more local. The source, who asked to remain unnamed, said the original speakers at the Blue Bowl were Gov. Gavin Newsom’s public safety liaison, Hollywood actor and vocal Trump supporter Scott Baio, as well as Trump-supporting singer Joy Villa.

And, rounding out the speakers scheduled to speak at the event was Republican Ronda Baldwin-Kennedy, who ran against Irwin for Assembly and lost, and is currently running against Brownley for Congress.

The Thousand Oaks resident said Assemblywoman Irwin called police chief Tim Hagel, who was the Chief when she was Mayor, complaining about being on the same stage as a political opponent, and pressured the police chief to cancel the event.

“All hell has broken loose,” the Thousand Oaks resident said. “This was going to be a healing event for the whole community, and a fundraiser for the Helus family.”

“So Jacqui Irwin calls Brownley’s office and says ‘let’s get out of this,'” he added.

The Globe spoke with Ronda Baldwin-Kennedy who confirmed that it was Assemblywoman Irwin who pressured to have the event cancelled. “They called me her ‘nemesis,'” Baldwin-Kennedy said. “I only ran against Jacqui Irwin. This sounds like a villainous cartoon. It was the police chief who eluded to this when he talked with Mike [Randall] and said about me… ‘this gal who ran a bloody campaign.'”

Baldwin-Kennedy said the argument the Sheriff is using — “We don’t get involved in political events – is bogus. “This wasn’t a political event,” she said. “The person who makes this political is the person who called and pressured the police chief to cancel the event.”

She noted that the Trump supporters invited to participate were just a smokescreen for the real politics behind the cancellation of the charity event.

“The family is the real victim here because they aren’t going to get the money now,” he said. “Doesn’t anyone care about the family?”

Organizers and community representatives are now talking about rescheduling the charity event closer to the actual anniversary date of Nov. 7.

The Globe contacted Assemblywoman Jacqui Irwin’s offices and her communications director for a statement, but did not receive a response.

“Why doesn’t she just deny that she did this?” Baldwin-Kennedy asked. 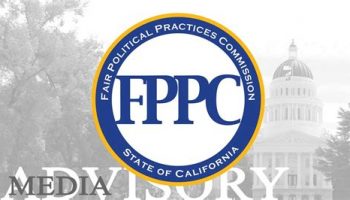 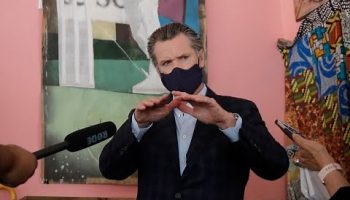 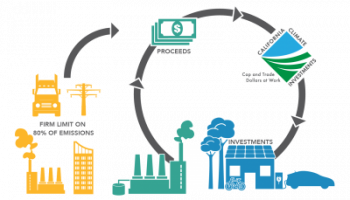 California’s Cap and Trade Runs Out of Emissions….and Money for Pet Political Projects