In September, AB 5 was passed, limiting what independent contractor, or ‘gig’ workers, could do and make in favor of increasing the number of employees. This was designed to give more people benefits. However there was much concern over the bill’s passage due to independent contractors/gig workers being in virtually every industry and confusion about worker classification. Despite being months away, the early predictions have been proven right and workers across the state are panicking and gearing up for giant upheavals in their industries.

The California Globe decided to take a closer look at the gig economy in California. The Globe sat down with Loi Stoddard-Graham, the Vice President of Planning & Business Development, Global Employee Benefits at MetLife about gig workers in California. Metlife’s most recent study is the first to come out after the passage of AB 5, and both her analysis and the study paints a picture of where the gig economy is really at in California and what these new figures mean for a post-AB 5 California.

As it turns out, even the stereotype of the young, single, going-to-college soon gig worker is far from the truth.

“When many people think ‘gig workers,’ they think young, single, job-hopping millennial,” said Stoddard-Graham. “But today’s gig workers run the gamut when it comes to age, gender, marital status, and education. In fact, MetLife’s research found a quarter of gig workers are baby boomers, 62 percent have a bachelor’s degree or higher, and 47 percent have young children under age 18. That’s a vast group with unique needs and largely different lifestyles.”

As it also turns out, many choose gig jobs not because they are ’easy’ or ’last resort’, but because it gives them flexibility to go into other projects or to help take care of children or loved ones. It also allows them to go their own speed. A sense of self purpose was also important.

“They can also take on projects that provide them with sense of purpose,” said Stoddard-Graham. “Our study found that 47 percent of those who gig do so to gain a sense of fulfillment and self-worth, and 45 percent feel more satisfaction in their current freelance and contract jobs than they did in their previous nine-to-fives. So the appeal is two-fold: ‘Gigging’ offers today’s workers a flexibility that lays the foundation for heightened self-care, and a sense of purpose that improves their overall work-life satisfaction.”

She also told the Globe that many people in traditional jobs have been flocking to contract and freelance work in recent years, with 85% of workers wanting to keep contract work rather than traditional work after 5 years. 75% stayed on to keep that flexibility, while 49% left simply because they couldn’t work remotely.

“Like most people, gig workers are worried about money,” explained Stoddard-Graham. “ The trouble is, gig workers’ financial stress is often amplified by the struggle to find work combined with managing finances in between contracts and projects. In addition, gig workers face the challenge to find the same benefits as full-time workers—benefits that could help them better manage their finances and other life needs.”

Companies, until the passage of AB 5, had been doing a lot to keep workers from jumping ship for gig or freelance work, but only 50 percent of workers said higher salaries alone would keep them from pursuing gig work.

According to the newest Metlife study, 29 percent of full-time employees who intend to leave their jobs for gig in the next five years could be swayed to stay with better benefits.

With the passage of AB 5, the future of gig work in California is up in the air. Numerous companies have vowed to repeal the new law during the next session. But also gig work itself may evolve, much like how offices gradually shifted from cubicles to open desks around the turn of the Millenium.

“There’s no doubt that the gig economy is evolving, especially as enticements and protections for gig workers continue to emerge,” said Stoddard-Graham. “Only time will tell what’s next for the future of gig work, but what is clear is that as the lives of gig workers and “traditional” full-time workers converge, it’s more critical than ever that employers prioritize their employees’ need for more flexibility and a better work-life balance. Understanding what workers want and need from their jobs to maintain their health and happiness is the first step toward creating environments where all workers aren’t simply working, but thriving.”

While many of these concerns were ignored in AB 5, the future of the gig and freelance industry has shown it’s not only politicians that need to keep up with the times: businesses need to as well. 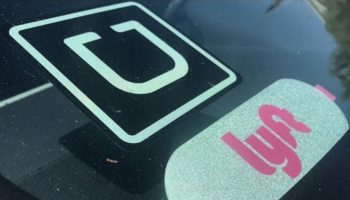 ‘No on 22’ promotes biased, ‘meaningless’ research in fight over AB 5 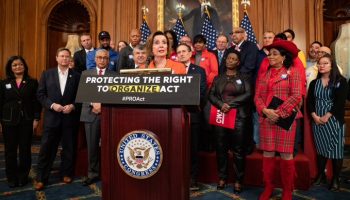 AB 5 is Such a Disaster in California, Pelosi and Congressional Democrats Push National Law to Destroy Gig Economy 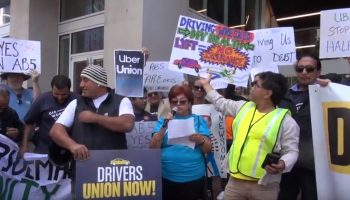 How AB 5 Is Already Affecting The Gig Economy

Even with promised exemptions, AB 5 is already spreading havoc across many industries