Home>Articles>The Housing Crisis Part I: Pasadena – The Fight Over City And State Development Laws
09 Sep 2019 6:19 am

Since 2015, California has been adding more and more laws to create more affordable housing. With a rise in rents and homelessness, laws such as a measure forcing new developments to include low-income housing, have been passed by the Legislature. Others measures, such as SB 50, which would have streamlined development for larger and denser housing, even in residential areas, have not been as lucky. For anything passed by the state, they have the power to automatically trump local laws, for better or for worse.

Very few cities have defied state law. The first city, Huntington Beach, was sued by the state in January for blocking such housing. Pasadena, as it turned out, would be the second.

For several years, a 92-unit apartment building in the heart of Pasadena, known as the 253 South Los Robles project, had moved through different committees in the Pasadena government. But during the final vote before City Council in July, it was defeated due to a last minute change of vote.

The main issue was over the most controversial part of the proposal: the affordable housing concession. Under state law, if a development adds over the allotted number of low-income housing units, the proposed building can get some bonuses. This can include extra floors and volume. In the voted down South Los Robles projects case, it would have led to an additional 21 units and two extra floors if they added 8 more low-income units.

On a state-wide level, it could simply be seen as wanting to keep out possible new residents. For Pasadena, a city of over 140,000 people and growing, it has turned into a major issue and has shown how opposed local citizens have been against the measure.  In a city with dozens of historical neighborhoods, a master plan, and traffic issues, it is more complicated.

In the Pasadena Planning and Community Development Department, Director David Reyes pulled out a map of the city for the Globe, showing circles around major Metro stops in correlation to high density development.

“SB 50 copied us on what we’re trying to do,” Reyes said, referring to the measure in SB 50 tying large scale developments to areas near mass transit stops.

“Rent costs have not improved since the recession,” stated city Senior Planner Andre Sahakian. “And the number of units needed to address the issues has gone up; 3.5 million units need to be built in California. Only 100,000 have been built.”

Pasadena has also been the leader on Inclusionary Housing, the ordinance that sets aside a percentage of units in new developments that go towards low-income housing. Pasadena used to be at 15 percent, but in August, it went up to 20 percent.

But even with new regulations, developers are still coming in thanks to the favorable state laws.

“We expect change in neighborhoods, but we got changes way out of scope of the community and city council,” pointed out  Director Reyes, “It was not expected.”

“Developers are 100 percent absolutely taking advantage of the situation.”

Many citizen groups have come out against South Robles and other developments. City Council meetings have been spilling out into the hallways in recent months due to the sheer number of people against it. Sharon Kramer, who leads a historical neighborhood organization and has gone to most city council meetings to speak out against developments, told the Globe why many were against it.

“Pasadena has a certain feel to it,” said Kramer. “We’re large, but we feel like a small town. Any large buildings would destroy that. We have a few, but we don’t want to explode in skyscrapers like Glendale.”

“All of the neighborhood groups have similar grievances on why we don’t want some larger developments. And we’re actually ok with some of them as long as they’re in the proper zones near the freeways and downtown. When they start putting them on or around the edges of where they shouldn’t be zoned, then we’ll come out en masse like we have.”

“Oh, we’ve been accused of a lot of things,” Kramer continued. “Like how we don’t want poor people here, or if it would lower real estate values. But this is actually for the heart and soul of the city.”

Developers have a different point of view.

At a recent Pasadena city council meeting over the South Robles project, the developers lawyer, Richard McDonald, explained point blank on how the laws were set up and how cities couldn’t turn down any developments.

A representative for a San Gabriel Valley developer also gave their insight.

“California has a housing crisis,” explained the representative. “What Pasadena is doing, and what other cities might do in the future, is blocking what the state is trying to do. We’re housing people in ways that can still be profitable for us. Yes, we build new condos that are considered expensive, but we’re also bringing low-income housing to places where it isn’t. We’re following every law.

“We’re not here to destroy history or make a city unrecognizable. We’re here to make sure people of all economic levels have a place to live at what they can afford. Local input is important, but we are in a giant crisis here. We can have wealthy cities like Huntington [Beach] or Pasadena say no today, but we may have more and more. Then what? Where can people go for affordable housing then?”

There isn’t a definite answer. If you support local laws, it’s ignoring a possible solution to the crisis and marking the city down as a troublemaker, the latter of which was noted as a concern by Pasadena Mayor Terry Tornek recently. If you are pro-state laws, then you risk the city being over-built against it’s wishes and stretching local resources past their limits.

As the Globe reported in February, “California Charter Cities have a certain level of autonomy over local affairs. Zoning ordinances is one of these. While the state legally regulates the process of zoning, it is not allowed to regulate the substance.” 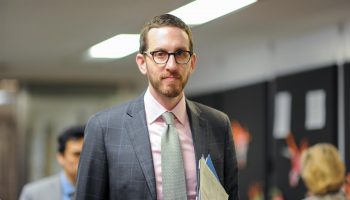 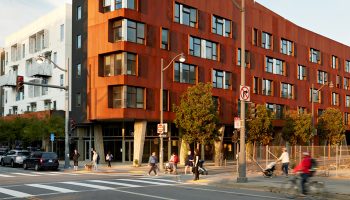 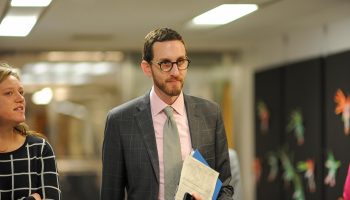 Church and Hospital Land Housing Bill Back After Amendment Change

2 thoughts on “The Housing Crisis Part I: Pasadena – The Fight Over City And State Development Laws”