Home>Articles>The Three Readings of a Bill and Other Floor Procedures in the California Legislature
11 Mar 2020 6:01 am

The California Constitution requires a bill to be “read” three times before it can be debated and voted upon by either house. A “reading” of a bill in the Assembly or Senate is defined as being the presentation of the bill before the house by reading the bill’s number, author and title. Each time the bill is read, those three provisions are read aloud on the Floor by the Reading Clerk in either the Senate or Assembly.

There is a misconception that the three constitutionally-required readings of bills are the same. In fact, each is for a different purpose. First reading occurs upon introduction of the bill. Second reading occurs after a bill has been reported to the floor from committee (with or without amendments). Third reading occurs when the measure is about to be taken up on the floor of either house for final passage. Note that the three readings requirement can be suspended by a 2/3 vote in either house pursuant to the state constitution.

First Reading – The first reading of the bill takes place when it is actually introduced in either house. The bill is placed “across the desk (of the Assembly or Senate)” which is the official act of introducing a bill in the Legislature. In the Assembly, the Chief Clerk or his or her representative at the Assembly Desk receives the measure. In the Senate, the Secretary of the Senate or his or her representative takes the bill. The bill is given a bill number upon introduction. Once a bill passes over to the other house for consideration, it is simply read for the first time. Introduced bills are noted in the Assembly Daily File or the Senate Daily File, but there is no “first reading” portion of either Daily File. No floor analysis is prepared of the introduced bill.

Readers should be aware that the file numbers assigned to bills in the Daily File change each day as all the bills get processed and move onto or off of the Daily File. Generally, bills are taken up on the Assembly or Senate Floors in file item order, unless some special reason exists to do otherwise. And, when the presiding officer announces a bill for consideration, it is usually referred to by its file number.

Third Reading – The third reading of the bill takes place when the bill is about to be taken up for consideration (i.e., presentation, debate and vote) on either the Assembly Floor or the Senate Floor for final passage. There is a Third Reading portion in both the Assembly and Senate Daily Files. This portion lists by file number each bill that is eligible to be taken up for a final vote on either Floor. A Third Reading Analysis is prepared for bills eligible for consideration on either the Assembly or Senate Floors. This analysis of the bill generally provides an explanation of existing law, what this bill does to existing law, any amendments, a listing of supporters and opponents, etc.

WORFs – According to the rules, bills that are not listed on the Daily File can only be taken up with either unanimous consent of the house’s members or by suspending the rules. A bill that is not listed on the Daily File, but which is taken up nonetheless, is referred to as a “WORF”. The process of taking up a WORF bill is to take the measure up “without reference to file” (WORF). In order to do so, a vote of a majority of the house’s membership (41 in the Assembly and 21 in the Senate) is required to take up a bill without reference to file. 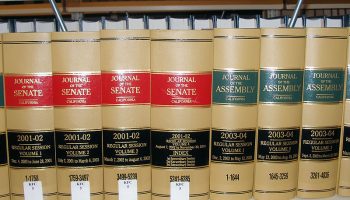 Understanding the scope and power of the Legislature 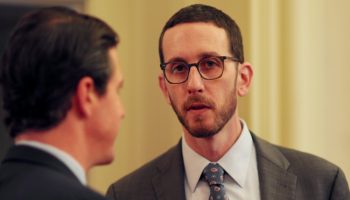 SB 50 Voted Down in Senate, Falls Short of Votes Twice in Two Days 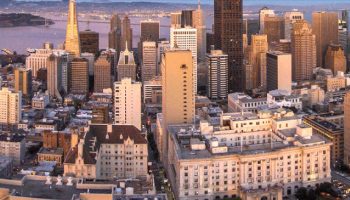