University of Southern California grabbed headlines last year over the “Varsity Blues” college admissions scam, billed as the biggest ever college entrance scandal, including several high-profile Hollywood parents. Additionally, the former USC medical school dean was linked to drugs and prostitutes, and was forced to resign in 2018. His successor was ousted less than a year after being appointed following revelations of a sexual harassment settlement from 15 years earlier.

Now, the University of Southern California is offering international students a free class in order to maintain their Visa, while charging domestic students for classes.

What is behind this odd policy? A new Trump administration policy which could force international students to leave the country is being met with opposition, CBS Los Angeles reported. In response, USC announced a plan that would allow those students to remain at the school.

As California Globe reported Thursday, “The new ICE orders announced on Monday specifically target international students not going to physical classes. Those attending universities under hybrid online/in-class models will be allowed to stay.”

Almost immediately, the University of California announced it would sue the federal government over the ICE order to stop international students from staying in the United States if they attend universities that offer online only courses due to the COVID-19 pandemic.

James Lacy, a Southern California attorney and USC alumnus, had a very interesting reaction to this: “I’m no immigration lawyer but it seems to me if USC is offering a class for the sole reason of accommodating a visa rather than for its sole academic value, it is engaging in a conspiracy to violate our nation’s immigration laws. Sad for the ongoing embrace of the Left at my alma mater; they have had enough screw ups.”

“It’s also discrimination to charge the domestic students but offer for free to the international ones,” weighed in California attorney Harmeet K. Dhillon.

This isn’t USC’s first rodeo. The private university has been mired in scandal after scandal in recent years.

Lacy has been keeping track of some of USC’s issues, and it isn’t pretty.

In sum, USC has the admission scandal, bribery issues, poor receipt and management of distribution of donated funds (Women’s sports) and brewing class action lawsuits and other litigation pulling resources away from its mission, Lacy says.

-Business School dean controversy rising to the Board of Trustees level;

-The Woman’s Health Center sex abuse went on for decades, and lawsuits have been eating up funds. The court granted preliminary approval for the $215 million federal class action settlement that will compensate individuals who received women’s health services from former USC gynecologist George Tyndall at the Student Health Center.

-Tyndall was arrested by LAPD, and the District Attorney announced criminal charges 6/25/19. Tyndall was charged with 29 felonies.

-Former USC gynecologist George Tyndall was also charged with sexual abuse of patients, and sold photographs and sex videos he took of young women he lured to his hotel rooms while traveling outside the U.S.: https://www.latimes.com/local/lanow/la-me-ln-usc-gynecologist-tyndall-20190709-story.html

-USC was warned about gynecologist https://enewspaper.latimes.com/infinity/article_share.aspx?guid=30d0d6c5-cbf9-44a9-8069-c6f69effdf52

-The U.S. Department of Education said Thursday it found systemic failures in the University of Southern California’s treatment of allegations of sexual abuse by a longtime campus gynecologist and ordered the school to overhaul its procedures for preventing sex discrimination and to conduct a formal review of how employees responded. “This total and complete failure to protect students is heartbreaking and inexcusable,” Education Secretary Betsy DeVos said in a statement.

– Criminal complaint filed by FBI said Agustin Huneeus paid $250,000 to William Singer’s “Foundation” and a coach at USC to get his daughter on water polo team, even though she was not a top athlete and it was understood she would not have to play, as California Globe reported. Huneeus was sentenced to five months in prison.

-Douglas Hodge, once the leader of an international bond manager and now an admitted felon, was ordered to spend nine months in federal prison for paying bribes totaling $850,000 to get four of his children into USC and Georgetown as fake athletic recruits.

-Lacy’s own view of a self-aggrandizing leadership culture on campus allowing Administrators to actually name structures after themselves and wives.

-Poorly advised Commission to change names of structures because of alleged and dubious racist past;

-The University of Southern California paid Dr. Carmen Puliafito, its former medical school dean, nearly $1 million in severance along with a bonus, according to tax filings disclosed.

Puliafito was the subject of LA Times investigation in 2017 that revealed he used drugs and partied with young addicts while running the Keck School of Medicine.

In a settlement after USC banned him from campus, Puliafito was allowed to resign in September 2017, with the university giving him a $875,000 payout. That year, USC also paid him a $124,000 bonus.

-School of Social Work on-line degree scandal – the start-up the university partnered with years ago. https://www.latimes.com/local/lanow/la-me-usc-social-work-20190606-story.html

USC pays up for poaching a star UC scientist

-Unethical poaching under USC President of other professors – https://enewspaper.latimes.com/infinity/article_share.aspx?guid=e4beee68-3140-4df8-a831-96b13ed49d22

-lawsuit by USC Assistant Coach for NCAA violation whistleblowing. “Former USC Trojans defensive quality control assistant Rick Courtright alleged in a lawsuit Monday that undergraduate students were paid to pose as graduate assistants from the team to take online classes and receive graduate degrees,” according to a 2019 report by the LATimes.com.

“Courtright is informed and believes that USC banned him from the football department so that he would no longer be privy to multiple illegal activities in the department and therefore would not be able to report these activities,” Lacy reported the lawsuit said.

-The NCAA threw the book at USC in 2010 with a two-year bowl ban, four years’ probation, loss of scholarships and forfeits of an entire year’s games for improper benefits to Heisman Trophy winner Reggie Bush dating to the Trojans’ 2004 national championship, Fox Sports reported in 2010. USC was penalized for a lack of institutional control in the ruling by the NCAA following its four-year investigation. The penalties include the loss of 30 football scholarships over three years and vacating 14 victories in which Bush played from December 2004 through the 2005 season.

-And, as California Globe reported last year, a number of USC professors in the Department of Preventive Medicine have received at least $268 million in air pollution research funding from the Environmental Protection Agency and National Institute of Environmental Health Sciences, according to Dr. James Enstrom, who believes that this massive amount of research funding has influenced their research findings and their continuing support for the South Coast Air Quality Management District regulations. 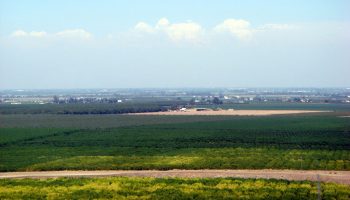 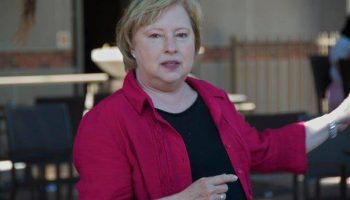 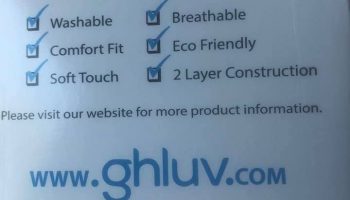 Govt. Inconsistencies in ‘Science’ of the Mandatory Mask

‘Masks are neither effective nor safe’