A Chinese bus rolled into a Los Angeles public transportation facility…stop me if you’ve heard this one before.

Oh, you haven’t? That is unsurprising. A potentially blockbuster story has been drowned out by the usual media hysteria over tweets and rodents. While the rest of America is obsessively parsing Trump’s daily rants, a huge and scary spy scandal is unfolding in Congress…and it doesn’t involve Russia.

We may be myopically focused on Russia right now, but Chinese interference in American national security has been an ongoing problem. The Democrats know it and that’s why they’ve been deliberately shielding Joe Biden from having to answer for his shady Chinese deals and ties. Congress knows it, and that’s why they’ve unceremoniously been working on a bill to ban taxpayer funding for transportation components.

As it turns out (and as sadly, few people seem aware of) the Chinese have been providing electric buses to American urban centers desperate to wean themselves off fossil fuels. The problem? The buses don’t work. All the way back in May of 2018, the L.A.Times reported that Chinese battery maker BYD Ltd. had been providing electric buses that were performing way below expectations at best, but at worst simply not working at all:

In the nine years since, agencies have awarded BYD grants, subsidies and public contracts worth more than $330 million for its battery-powered buses, forklifts and trucks. The company is positioned to be a prime supplier of electric buses to the nation’s second-largest system, as Los Angeles’ Metro sets a 12-year deadline to abandon fossil fuels.

But largely unbeknownst to the public, BYD’s electric buses are contending with a record of poor performance and mechanical problems.

A Times investigation found its buses stalled on hills, required service calls much more frequently than older buses and had unpredictable driving ranges below advertised distances, which were impaired by the heat, the cold or the way drivers braked.”

However, that isn’t the worst part. Not only are the buses faulty, there is some speculation that they also might include technology that could spy on American cities and infrastructure. It seems like a smart move on China’s part – provide “green” technology that American progressives crave, equip it with spyware while at the same time building a vehicle for mass transportation that could break down easily and cause massive gridlock and transportation headaches in our major city centers.

Scary stuff. So why is the House deliberately building in a loophole to exempt Chinese buses from legislation to cut taxpayer funding for transportation technology from Chinese firms like BYD?

The House and Senate defense bills are very similar but there is one fundamental difference between what the chambers are offering. The House bill purports to deny taxpayer funding to all Chinese rail components for transportation – like subway cars. The defense bill out of the Republican-controlled Senate denies taxpayer funding for all Chinese transportation components. This would effectively kill the BYD Ltd. chokehold on Los Angeles “green” public transportation.

Why do House Democrats insist on leaving this loophole? Why did House minority leader Kevin McCarthy (R-CA) support the loophole and deliberately force a change in the language as such? Why should America be buying anything infrastructure-related from the Chinese?

While we’re hopelessly absorbed in the Russia kerfuffle, China is sneaking in the back door and infiltrating our most sensitive national security areas. It is one thing for you to log into Amazon to buy that crappy speaker from China for your kitchen…it is quite another for the government of the United States of America to be contracting sensitive and unvetted technology from our number one “frenemy”.

We all love the idea of cleaner energy, but taxpayer funds should absolutely not be used to prop up Chinese interests given our current international climate. Why the Democrats (and some Republicans) are insisting on “sneaking” certain Chinese tech elements into our national transportation grid should be a major concern to every American and should be leading our nightly news. 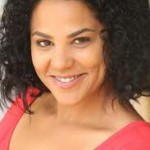 Follow Kira
Kira Davis
Kira Davis is the co-host of the Smart Girl Politics podcast on the Ricochet network. She has appeared on The Blaze network, Fox News, One America News and The Dr.Phil Show and interviewed President Obama.