Living in downtown Sacramento for more than 30 years hasn’t always been a picnic. I frequently write about encounters with homeless vagrants in downtown, as well as in the park near my house. I also chronicle the escalating crime and violence in Sacramento – murders are now a regular event on weekends.

Sacramento had another “mass shooting” early July 4th: “Five people were shot, one of whom was killed, early Monday in downtown Sacramento, police say — the second mass shooting in the city’s core in three months,” the Sacramento Bee reported.

I’ve been looking to neighboring smaller towns for respite, never more necessary than during the two years of COVID lockdowns. There was sanity in the smaller towns, and much less COVID hysteria. My husband and I even found a bar in early 2021 serving food and drinks to unmasked patrons. It was delightful. And it was normal.

One of my favorite places on earth since I was a teen is 15 minutes from my home, on the Sacramento/San Joaquin Delta: Clarksburg, CA. We’ve looked at buying property in the area. But remembering that while we may be very handy, self-sufficient and hard working people, neither of us knows how to farm or ranch.

But we still love the region. Monday, July 4, 2022, we joined local Clarksburg friends for the annual July 4th parade. And what a delight it was.

The people in this town and region are the best kind of Americans – mothers and fathers, and people who know what a “woman” is. They have children and grandkids. They own businesses. They are fire fighters. They are police officers. They are shop owners. They are stay-at-home moms. They are vineyard owners. They work at vineyards. They are retired from long careers.

They are America – the best of America. 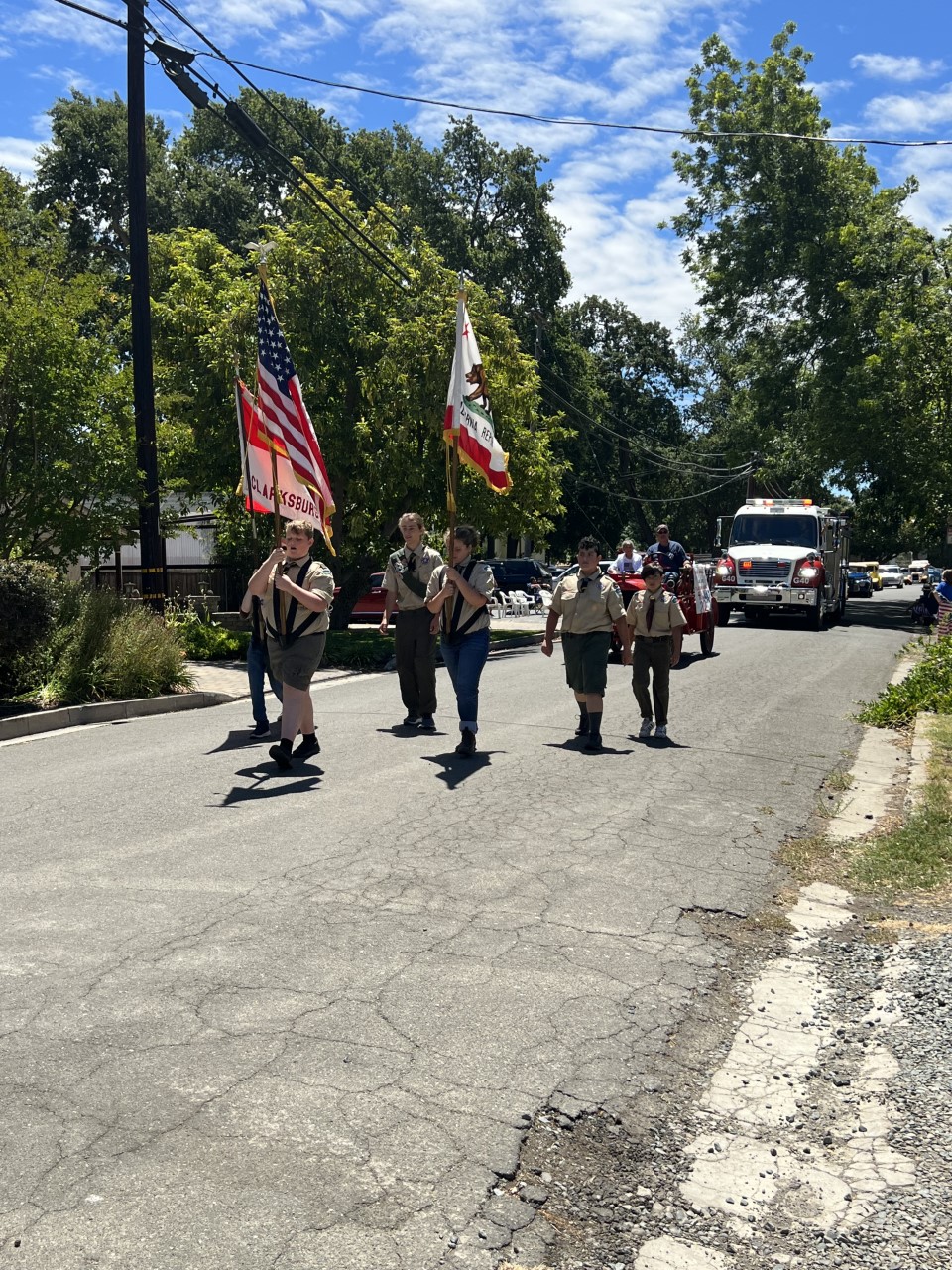 And an even cooler dad driving a 1970 Chevelle.

There were girls leading ponies.

There were locals on horseback. There were kids on bicycles and scooters they had decorated.

The Clarksburg Fire Department was out in force, delighting the tiniest of kids with their sirens and horns.

It was the best of what America is. Families. Children and babies. Grandparents. Friends. Good friends. New friends.

And Robin’s magic punch… it packed a punch.

The smell of Coppertone sunscreen was in the air along with honeysuckle, and farm animals – and the occasional backfire of a muscle car.

Dave’s dad was in good form, charming the ladies, young and older.

The kids swam in Dave’s pool, and ran all over the backyard grass.

After the July 4th festivities and parade, we retired to Craig and Julie’s beautiful winery and sipped delicious wines and wine slushies. The Delta Breeze kept the afternoon cool.

This is the greatness of America. And it is about the people.

As we were leaving to drive 15 minutes back to Sacramento, another friend who was returning from an out-of-state trip shared photos of July 4th protesters who closed down Interstate 5. And they were allowed to shut down the freeway. The contrast was stunning.

We had just enjoyed the best America has to offer, and were heading back into some of the worst of America’s cities, run by corrupt politicians who can’t lead, and don’t seem to care about the people.

The contrasts of the best and worst of America are clear, and becoming even more so. It was just so lovely to be around the best of America, and right in my own backyard. I think voters are feeling this contrast as well.

15 thoughts on “America’s Best on Display July 4th, Even in California”