Currently awaiting passage in the California State Senate, the bill known as Assembly Bill 257, or the “Fast Food Accountability and Standards (FAST) Recovery Act,” seeks to install a 13-member council of unelected political appointees, with no business experience needed, to oversee California’s entire fast-food restaurant industry. Appointed by the governor and by a scant few individuals from the Democrat-led super-majority legislature, council members would come from labor advocacy groups, unions, and the very state regulatory agencies that enforce labor laws.

This posse of union-backed appointees would have absolute power to establish wage rates, working hours and other broad rules that could put a small restaurant or franchisee out of business. Layers of burdensome regulations will inevitably result in increased operating costs for restaurants, higher prices for consumers and fewer jobs. A provision that allows the Labor Commissioner to pursue “joint employer” claims could upend the franchise business model and prompt some brands to leave the state altogether.

Meanwhile, another board of unelected officials continues to wreak havoc on California’s trucking industry. The California Air Resources Board (CARB), which determines emission standards in California, is comprised of 16 members appointed mostly by the governor. In just a few short months on Jan. 1, 2023, nearly one-quarter of trucks serving Los Angeles-area ports will be prohibited from entering the gates when the latest round of CARB rules banning engines older than 2010 could sideline 80,000 trucks in California. Because of manufacturing shortages due to the pandemic, the dearth of new trucks being produced makes it almost impossible for fleets to comply by the deadline.

If CARB doesn’t put truckers out of business, Assembly Bill 5 will. Now in effect on the trucking industry after ongoing legal challenges came to an end this June, the anti-freelancer law AB 5 applies to 70,000 independent owner-operator truckers who can no longer conduct business as independent contractors in the state of California.

The double whammy of CARB regulations and AB 5 on trucking can be traced to cronyism at the Capitol. The author of AB 5, former San Diego Assemblywoman Lorena Gonzalez, recently accepted a position as leader of the powerful California Labor Federation representing 2,100 unions. Not coincidentally, Gonzalez’s husband Nathan Fletcher served on CARB from 2019 to 2022, appointed by Gov. Newsom during the height of Gonzalez’s destructive AB 5 policymaking.

Since its passage in Sept. 2019, AB 5 has shattered the careers of hundreds of thousands of independent contractors across a vast array of professions — everyone from transcriptionists, performing artists and pharmacists to forensic nurses, mall Santas, music therapists, translators, video journalists and tutors. Now that the U.S. Supreme Court has declined to hear the California Trucking Association’s lawsuit against AB 5, more job destruction is on the way, threatening the already-tenuous supply chain.

Whether banning independent contracting, banning pre-2010 trucks, banning gas-powered lawn equipment used by gardeners and landscapers, or banning the sale of new gas-powered cars by 2035, California state lawmakers just can’t keep their laws off our livelihoods. The heavy-handedness of their decisions fails to take into account the economic realities for the average small-business owner or solo-preneur. On this Labor Day, Sacramento should instead start focusing on retaining small businesses in the state rather than creating barriers and burdens that are bankrupting the working class. 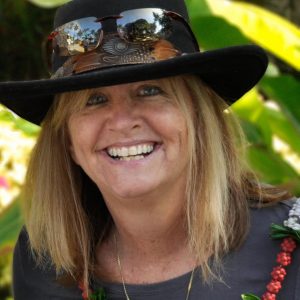 Latest posts by Karen Anderson (see all)
Spread the news:

14 thoughts on “An Unhappy Labor Day for California Workers”