In March of 2020, President Donald Trump announced the implementation of Title 42, the rarely used clause of the 1944 Public Health Services Law, which gave Customs and Border Protection the authority to rapidly expel illegal aliens attempting to invade the southern border. The upshot was the temporary dismantling of the Democrats’ prized asylum process, which essentially granted any illegal the non existent Right to remain in America by applying for asylum.

The Democrats have increasingly loosened the requirements needed to justify such a claim, even citing climate change as a reason to demand asylum. In essence, anyone from a crappy country can claim asylum if their lives are hard or their government sucks or if they sweat in the summer.

In any event, President Joe Biden’s embrace, then rejection, and then embrace of Title 42 is one of the most incoherent policies of his administration. In May of 2022, Biden hated Title 42. He tried to lift the policy, only to be blocked by a Trump appointed federal judge in Louisiana. Karine Jean Pierre, Biden’s Press Secretary, publicly disagreed, saying, “The authority to set public health policy nationally should rest with the Centers for Disease Control, not with a single district court.” Remember this.

But suddenly in November 2022, after a Clinton appointed federal judge ordered the Biden Administration to lift the Trump-era Title 42 policy, the Biden Justice Department begged the Judge to delay the order from going into effect until December 21st. Why would the Biden Administration not celebrate this ruling? After all, just 6 months prior, Biden had tried to lift Title 42 himself, only to be stopped by a different judge.

The reality is that the continuation of Title 42 under Biden has had little impact on illegal immigration. On Biden’s first day in office, he invited millions of illegals, who have since invaded America to do just that. He suspended border wall construction, ended Trump’s remain in Mexico policy, and in March of 2022 even exempted unaccompanied minors from being subject to Title 42. This March 2022 exemption was made possible by the CDC’s intervention. The same CDC, which gave Trump the authority to invoke Title 42, terminated the public health order as it related to unaccompanied minors.

More than 5 million illegal aliens have entered the United States since Biden took office. Even the lying, reprehensible Homeland Security Secretary Alejandro Mayorkas, who told lawmakers the border is secure and has refused to call the situation a “crisis,” has also admitted that the situation is the worst in two decades.

So what exactly is going on here? Does Biden want Title 42 or doesn’t he? And why?

We know there’s a border crisis. According to an August NPR poll, a majority of Americans said the border crisis is an “invasion.” Fifty-four percent of Americans, including 40 percent of Democrats, said it was “completely true” or “somewhat true” that the crisis in an “invasion.” Seventy-three percent said the “large number of migrants apprehended at the southern border is a problem.”

Biden is responsible for the invasion. Democrats want as many illegals to invade America as possible. What the Democrats and Biden are facilitating is publicly unpopular. One explanation of Biden’s love/hate relationship with Title 42 is his pathetic attempt to appease Democrat advocates, who demand open borders, while also appeasing those, who recognize it as a crisis.

This is akin to the situation in which Democrats found themselves in the 20th century, as they tried to appease racist southern Democrats, who opposed Civil Rights, while simultaneously appeasing their black constituency, which demanded Civil Rights. It’s smoke and mirrors. Biden seems to be using the existence of Title 42 to pretend that he’s taking action on the border to expel illegals, while simultaneously overseeing an unprecedented illegal invasion.

Biden wants illegals, but he doesn’t want to be blamed for the obvious crisis. This is why he won’t visit the southern border. If he doesn’t see the crisis he’s created, the press can’t ask him about it — it’s plausible deniability.

But it’s odd that Biden would challenge the ruling by a Trump-appointed judge 6 months ago to keep Title 42 in place, while simultaneously challenging a ruling made by a Clinton appointed Judge to lift Title 42 today. There is an explanation for this erratic behavior.

Judge Emmitt Sullivan, the Clinton appointee, broadly argued that the CDC didn’t have the authority to implement Title 42 in the first place. Remember, the Biden Administration previously claimed that “the authority to set public health policy nationally should rest with the Centers for Disease Control, not with a single district court.”

The Democrats have repeatedly relied upon unelected bureaucrats at the various federal agencies to implement their agenda in violation of the Constitution. The Supreme Court recently dealt a blow to the administrative state when it ruled in West Virginia v. EPA that the EPA didn’t have the authority to pass sweeping regulations that would overhaul entire industries without Congressional approval. The EPA had been regulating coal plants out of existence with CO2 caps.

Just weeks ago the Biden Justice Department argued that “the government respectfully disagrees with this Court’s decision and would argue on appeal, as it has argued in this Court, that CDC’s Title 42 Orders were lawful.” Judge Sullivan lifted Title 42 just as the Biden Administration had wanted, but the ruling was unsatisfactory because it asserted that the CDC didn’t have the authority to affect immigration policy. Biden is insisting that the CDC’s Title 42 orders were lawful.

Biden’s interest in Title 42 has nothing to do with preserving a tool to stem illegal immigration. His interest is in preserving the unconstitutional authority of the CDC and other unelected bureaucrats to be utilized as weapons of the Democratic Party. It’s not about Title 42 – it’s about defending the CDC. 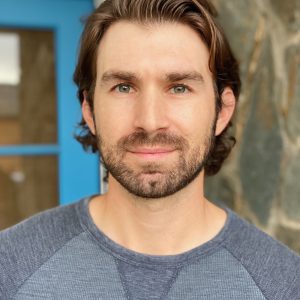 Drew Allen
Drew Allen is the host of “The Drew Allen Show” podcast and a widely published columnist and political analyst. He is the Vice President of Client Development at Publius PR and also the Editor of The Publius National Post.

Latest posts by Drew Allen (see all)
Spread the news: