One morning in May, on the shores of Laguna Beach, an Orange County resident videotaped the landing of a Panga boat with over a dozen people unlawfully entering our country.  Customs and Border Patrol (CBP) apprehended 13 individuals, but countless more have entered without consequence. These landings are becoming a routine occurrence along Southern California’s coast, highlighting the erosion of border security and the need for new solutions to keep our country safe.

Cross-border human smuggling at sea rose sharply over the past decade due to stricter land-border enforcement and a decline in Mexico’s tourism industry from growing cartel violence. These illegal breeches of our borders not only smuggle people, but deadly narcotics like methamphetamine and fentanyl.

In 2021, Orange County Sheriff’s Department (OCSD) investigators seized 104.6 pounds of fentanyl and 16,238 pills.  In just the first five months of 2022, the OCSD confiscated 369 pounds of suspected fentanyl and 213,393 pills suspected to be laced with fentanyl. The human toll is catastrophic. In 2021, there were 716 fentanyl related deaths in Orange County, compared to 37 in 2016.

According to a 2020 federal Drug Enforcement Agency (DEA) report, Mexico and China are the primary sources for Fentanyl, Fentanyl related substances and precursors.  As it is more difficult to send Fentanyl from China directly to the United States, exportation of Fentanyl ingredients have increased significantly from China to Mexico. It is then easier to get the final product onto U.S. soil through Mexican cartels. CBP reported in 2021 more than 11,000 pounds of fentanyl were smuggled into the United States, half coming across the Southern California Border.

Compounding this issue, in 2021, sixteen federal executive orders were issued to weaken enforcement of immigration law and to extend deadlines for removal proceedings. At the same time, efforts to enhance border security infrastructure were paused. This has promoted a surge in illegal border crossings that is overwhelming the CBP.

The drug cartels are using this surge to their advantage.  In an interview with Reuters, a Border Patrol official said that “smugglers drop off large groups (of migrants) as a diversion tactic to tie up law enforcement resources in order to move drugs across other parts of the border.”  Current policies have effectively fostered more cartel activity, with its failure to protect our borders.

Unfortunately, the crisis created by these decisions continues to grow, with no action by the Administration to change course.  Rather, the Administration appears to be doubling down on these decisions by letting expire the protection of Title 42, which bans individuals illegally entering from seeking asylum. The Department of Homeland Security reported that in April 2022, CBP apprehended 202,000 on the southern border, a 22-year high.  Title 42 expires, border crossings could increase to 580,000 per month.

While the scope of this problem is large, there are solutions that could be implemented today that would make a meaningful difference.  The surge in illegal crossings must be answered with a surge in resources for CBP.  Border patrol facilities operate at more than 200% capacity. The Administration needs to appoint more federal judges to process the already massive backlog of migration cases.  An investment in border security infrastructure would close the gaps being exploited by smugglers.  Finally, we must resume collaborative efforts with the Mexican government  to destroy drug labs and prosecute the drug kingpins whose quest for illicit profit is wreaking havoc on American families.

This border crisis is real, and it is here in Orange County.  Let’s end the crisis by acting on the commonsense solutions that will work to keep our communities safe. 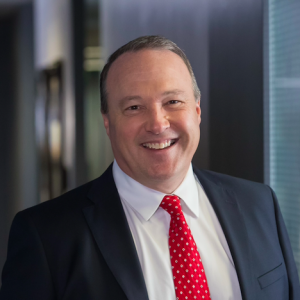 Scott Baugh
Scott Baugh is the former Chairman of the Orange County Republican Party and is running as the Republican candidate in California’s 47th Congressional District against Katie Porter.

Latest posts by Scott Baugh (see all)
Spread the news: