The gallery in the California State Senate was closed to the public Friday disallowing the usual public review. The gallery is the seating area above the Senate chambers where visitors can sit and observe the Senate debate and vote on legislation.

The gallery is also where members of the Third House like to observe the Senate while it is in session. But Friday they were also locked out.

As a credentialed member of the California State Capitol Press Corp, this Globe editor has not attended a live, in person press conference for the Governor since February, nor has the Globe been allowed to ask the governor one question in 10 months, despite calling in to the press conferences.

Driving past the Capitol Friday afternoon in downtown Sacramento was as disturbing as Capitol police closing the Senate gallery: the Capitol grounds are fenced off with galvanized steel chain link fencing.

As the Globe reported, Governor Gavin Newsom announced Thursday he will be activating up to 1,000 California National Guard troops to help protect the Capitol Building and ‘critical state infrastructure’ in preparation for planned armed protests next week during President-elect Joe Biden’s inauguration.

This State Capitol is the People’s house. However, during 2020 it didn’t feel much like the people’s house with moms protesting the school and business closures getting arrested by Capitol police.

If there are a few rowdy members of the public in the Senate and Assembly galleries, then Capitol sergeants should address those few.

The word going around Capitol circles is that leaders in the Capitol like it this way. They like empty committee hearing rooms. They like empty Senate and Assembly galleries, and they really like not having to deal with members of the media – even the friendlies.

At what point will the media, the Third House and the public be allowed to re-engage with elected members of the California Legislature and Governor in the People’s House? 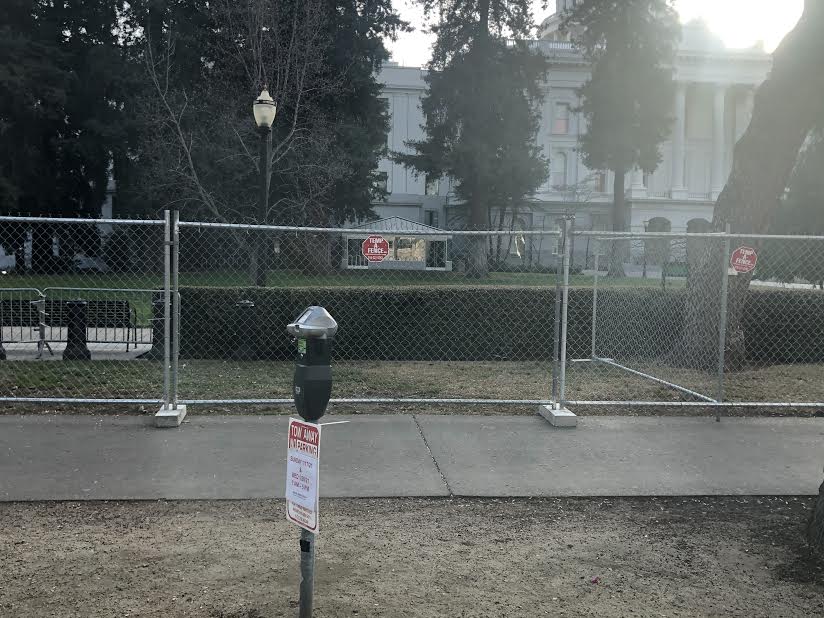 In 2018, Assemblyman Ken Cooley, Chairman Joint Committee on Rules, authored California Historic Capitol A Symbolic Building, Made Richer by its Symbols. This is what Assemblyman Cooley wrote about the “People’s House:”

“As California’s historic ‘People House,’ the West Wing is a a Symbol first, and a Building very much second. The faces and hushed tones of those who visit the Capitol makes this plain; the building and its rotunda stir awe and respect from its visitors. For visitors to Capitol Park and the West Wing, symbols abound inside and out because early Californians invested it with a rich story of our system of governance and its meaning for all who enter its precincts.”

“Astonishingly, the 1952 Annex is entirely and unimaginably devoid of these important symbols and their hope-giving narrative. To strengthen civic engagement, the Annex Project, by restoring this narrative and symbols throughout, can again import their rich understanding of our system of government, its heritage, and its promise.”

This is the State Capitol, which at this point, is unavailable to the people.