I want you to know the story behind this sentence. I want you to know the story and think about it, because there are special interests and legislators who have set their sights on ending California’s Three Strikes law. California’s Committee on Revision of the Penal Code, which does not count a single prosecutor or victim advocate among its members, has called for the repeal of Three Strikes, arguing that it has been used disproportionately against people of color and has not prevented crime.

There is little doubt that the Three Strikes law was occasionally heavy-handed. In its original form, a person’s third “strike” could be any felony, even entering a 7-11 with intent to steal a candy bar was enough to impose a Life sentence.  However, the Three Strikes law was amended in 2017, and since then, a person cannot be sentenced to Life under Three Strikes unless they commit a new “Serious” or “Violent” felony after having been previously convicted of two prior separate Serious or Violent felonies.  Take a look at the lists of what California actually defines as a Serious Felony or a Violent Felony; things like murder, robbery, carjacking, arson, rape, and criminal threats. Today’s Three Strikes law is less prone to abuse, and contrary to the Committee’s assertion, it absolutely prevents crime.  The case of Justin Coats illustrates why the Committee misses the point and why we should keep Three Strikes.

No doubt, Justin Coats lived a troubled life before turning 18 in May of 2004.  Regardless, since turning 18, Coats has repeatedly victimized others, using manipulation, violence, and threats to get whatever he wanted.  Mr. Coats has also repeatedly tried to subvert the justice system, escaping from custody and manipulating witnesses.

On or about February 25, 2005, Coats and his adult friend, Michael Reece, were hanging out with two 16-year-old girls. Both young men had been sexually aggressive earlier in the day, but late in the evening they became intoxicated. They forced one of the girls, “Jane,” to drink beer.  Reece even held Jane’s mouth open and poured beer into her. The boys left, but, unbeknownst to Jane, they were waiting. As she walked home intoxicated, Reece called her over and pulled his pants down.  Jane tried to walk away, but he forced her inside a vehicle, where he raped her. When Reece was done, Coats stopped Jane from leaving, asking her how it felt and telling her that is was his turn. Coats raped her too.  Coats fled the state the next day, delaying justice for a year. Both Reece and Coats were convicted of Rape of an Intoxicated Person in violation of Penal Code section 261(a)(3). At the age of 20, Coats had earned his first “Strike” and three years in prison.

Coats paroled in 2008, but was returned to prison three times for violations until he finally discharged parole in March of 2012.

After getting off parole, Coats became involved in a romantic relationship with “Martha.”  She became pregnant and was nearly nine months along with a two-year-old son from a prior relationship. On March 14, 2013, Coats became enraged at Martha for canceling their plans to go out. He located her in Marysville and violently attacked her. He asked her if she would be better off without him, their unborn child, and her son, threatening, “I can take everything away that you care about.” A passerby interrupted the violent encounter, and Coats fled. Martha, afraid that Coats would hurt her or the children, obtained paperwork for a restraining order. Coats repeatedly called and texted Martha, trying to dissuade her from contacting law enforcement about the assault. When Martha returned to her home in Wheatland, she found that Coats had broken into her residence and was waiting for her. She began screaming and Coats proceeded to grab her from behind, covering her mouth and holding her until she stopped. Martha asked to check on her two-year-old son, using the opportunity to try to call for help on her cell phone. Coats saw what she was doing and grabbed Martha, wrestling to get the phone away from her.  Martha ran for the house phone, but Coats pushed her to the ground to stop her.

Fortunately, a neighbor heard the commotion, came to the house, and stopped the assault. Coats stole Martha’s cell phone battery and ran. Wheatland Police Officers arrived and chased Coats through a walnut orchard, taking him into custody. They handcuffed Coats and put him into the back of a patrol car. While the officers were inside finishing their investigation, Coats kicked out the window of the patrol car and fled again on foot. Officers chased him down for the second time, apprehended him and booked him into the Yuba County Jail. Coats used the jail phone system and a network of friends to try to dissuade Martha from cooperating with law enforcement. Due to diligent work by D.A. investigators, the efforts failed, and on March 27, 2013, Coats pleaded guilty to Residential Robbery in violation of Penal Code section 212.5. He was 26 years old and had earned his second “Strike” and an eight-year sentence in state prison.

A few months after the Sheriff delivered Coats to prison, Marysville Police Officers identified him as the suspect in a rape that occurred in 2012. On June 9, 2012, a 36-year-old woman, “Sally,” went down to the river near Marysville to cool off on a hot day. Sally waded in the water and then sat by herself along the bank when a stranger walked up and sat down next to her. Sally wasn’t interested in speaking with the man, and she got up to walk away. The man grabbed Sally and forced her to a nearby campsite, where he raped her. Coats was eventually identified from the DNA he left behind as the man who had assaulted Sally.

Mr. Coats was 34 years old when he was again released into public on parole. Shortly thereafter, on March 1, 2021, Coats committed his third “Strike.”

Coats had established a new romantic relationship with a 25-year-old woman, “Sue.”  They had been dating less than two months and were staying in a motel in Marysville when Coats became angry because Sue wanted to leave. He pulled her back onto the bed and got on top of her, straddling her body. Coats put one hand over her mouth and the other around her throat. Sue told him multiple times that she couldn’t breathe, but Coats continued sitting on her and squeezing her neck. She began to scream, and while strangling her, Coats told her, “I will kill you.” Sue was afraid for her life. She stopped yelling and Coats stopped strangling her. Coats left and began calling and texting Sue to apologize for his behavior. When he returned later that day, Coats accused Sue of cheating on him. When she denied the accusation and turned to leave, he pushed her to the ground causing her head to hit the door. When Marysville Police Officer Littlefield arrived, Sue had an approximate one-inch goose-egg forming on her forehead.

Coats was arrested and booked into the Yuba County Jail, where like he did with Martha, he used the jail phone system and network of friends to try to dissuade Sue from cooperating with the prosecution of the case filed against him. At first, Sue was not receptive to his efforts and confronted him about the violence stating she had a huge knot on her head that was extremely painful. Coats apologized for hurting her, said he would never do it again, and then asked Sue to marry him. Over the course of several months, Coats used the jail phone and tablet communication system to manipulate Sue into doing what he wanted – refuse to come to court or testify – telling her, among other things, that if she wanted her happily ever after she would have to “soldier the f*&! up and do what she had to do to get him home.”

Thanks to the hard work of Yuba County District Attorney staff, Coats was not successful.  On the eve of trial, knowing he had failed to make the evidence against him go away, Coats pleaded guilty to a felony violation of Penal Code section 422, Criminal Threats, and admitted his two prior “Strikes” for an agreed upon sentence of 25 years to Life under California’s Three Strikes law.

A sociopath by definition, Coats has consistently shown no regard for right and wrong, ignored the rights and feelings of others, and shown no genuine guilt or remorse for his violent behavior. He will do it again. California’s Three Strikes law was made for a man like Coats. It was made to prevent crime by individuals like Coats, not by force of reason upon the sociopathic mind, but by removing them from the community for the period of incarceration. Whether Coat’s 25 to Life sentence will instill fear in other would-be criminals misses the point. Three Strikes protects the public not by scaring criminals straight, but by locking up those who won’t rehabilitate. So long as there are violent individuals who won’t rehabilitate, we need the Three Strikes law to keep our communities safe. If the Committee on Revision of the Penal Code can’t see how this prevents crime, perhaps they need the eyes of victims and prosecutors at their table to help them. Let your California legislators know that you value our Three Strikes law.

This article is part of a special series called “Common Sense Public Safety” where California District Attorneys present and analyze various issues in the state. 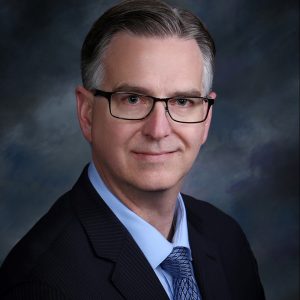 Clint Curry
Clint Curry is a career prosecutor, and is currently serving as the elected District Attorney of Yuba County. His experience includes work at nearly every level of government, having clerked for U.S. District Court Judge James K. Singleton, and spent time in the Netherlands helping to prosecute war criminals before the International Criminal Tribunal for the Former Yugoslavia. Prior to law school, Clint served as a Captain in the United States Army. He was born and raised in Yuba-Sutter and is a graduate of UC Davis School of Law.

Latest posts by Clint Curry (see all)
Spread the news: