Los Angeles County District Attorney George Gascon’s chief of staff, Joseph Iniguez, who made headlines for allegedly drunkenly threatening and berating an Azusa police officer, is under investigation by the California Department of Justice over the incident, possibly for threatening to illegally snuff out the career of the officer.

According to court documents filed as part of Iniguez’s January civil suit against Azusa and the officer (Iniguez claims the officer violated his First Amendment rights by trying to impeded him as he videoed the encounter) on Nov. 22, 2022, Iniguez’s and the city’s attorneys jointly filed to continue a stay on the case “pending the resolution of the Department of Justice’s criminal investigation of the plaintiff.”

Iniguez captured the entire incident on video, a video he says shows him acting in a proper and professional manner before being wrongly arrested for public intoxication, a direct contradiction of the officer’s statements that he was slurring, using obscenities, and threatening him.

The incident apparently unfolded as follows: after he and his soon-to-be husband were pulled over by an Azusa officer for making an improper U-turn on December, 11, 2021, Iniguez reportedly became belligerent. After the officer approached the car he caught a strong aroma of alcohol. Iniguez, the passenger in the car, said he had been drinking and the odor was his.

Iniguez was arrested for public intoxication, though his fiancé – after it was determined he was below the legal blood-alcohol limit – was not charged in relation to the incident.

Iniguez has so far declined to release the video, the making of which, he claims, was the real reason he was arrested (hence the First Amendment violation allegation at the heart of his lawsuit).

The November filing continues, stating the DOJ criminal probe is “from the same set of facts” as Iniguez’s lawsuit, and the stay is needed to avoid “potential Fifth Amendment issues” – i.e. ensuring Iniguez’s right against self-incrimination in the criminal case from anything that may arise from the civil case.

As it relates to the “same set of facts,” it is most likely that Iniguez is being investigated for allegedly threatening the officer with placement on the “Brady List.”

The Brady List is a list of police officers kept by the DA’s office who have been involved in incidents involving untruthfulness, being convicted as a criminal, and other offenses that generally deem them unfit for police duty. Being added to the list can derail an officer’s career due to those officers no longer being deemed credible enough to testify in court, etc.  The DA’s office also, on most occasions, informs the defense attorney in a case that an officer involved in the arrest and/or investigation of the suspect is on the list, giving the defendant a definite advantage going forward.

For Iniguez, his invocation of the Brady List is no idle, drunken “do you know who I am!?!” meaningless threat because, as chief of staff, he oversees the list itself.

The first stay in the civil case was ordered in March, 2022, the second in July, both citing the “pending on-going” DOJ investigation.

Though the DOJ investigation is at least nine months old, it does not appear Gascon has taken the typical personnel action of placing any deputy district attorney—let alone his chief of Staff facing a criminal probe—on leave and/or restricted duties and/or taken any other actions.

The stay continues, stating that “no discovery in this case has taken place,” strongly suggesting that Iniguez has not even provided the video to the city of Azusa, the defendants in the civil case, which he at some point must do if his civil case is to go forward. This has led some observers to opine that Iniguez filed the suit purely as a public relations distraction for his arrest and that the video may actually confirm the officer’s account of the evening, including the potentially career-ending threat of being improperly placed on the Brady List.

Attempts to reach Iniguez’s attorney and the DA’s office for comment – in Gascon’s case specifically on why a person under criminal investigation was still his chief of staff – were unsuccessful.

In the past, Gascon has said he has confidence in Iniguez but he has never said whether or not he himself has seen the video in question.

Prior to becoming Gascon’ chief of staff, Iniguez was a low-level deputy district attorney handling relatively minor cases (and not doing too well at that – he reportedly lost two of the four cases he took to trial).

Iniguez failed to capture the attention of the public during his brief run for the office in 2020, but, by pulling out of the race and endorsing Gascon in his effort to unseat then-DA Jackie Lacey he seemed to secure the number two spot in an office in which he had worked for only about six years. The former chief of staff was demoted to make room for Iniguez – she is now suing Gascon for retaliation.

Iniguez has not been a stranger to controversy since being installed by Gascon in his post. In response to a judge refusing to eliminate a strike on a defendant’s record, Iniguez allegedly ordered the deputy district attorney handling the specific case to “paper the judge”; i.e. file a bias complaint against her under oath.

Such orders are illegal and would require a deputy to commit perjury.

By putting such an inexperienced attorney in the chief of staff position, Gascon signaled to the entire community that he was intentionally setting up the DA’s office for – in the traditional sense – failure, which would be in ideological line with both Gascon and Iniguez, said former president of the deputy district attorney’s union Marc Debbaudt.

“If I had the kind of video evidence that Iniguez claims he has, I would have released it the next day to show the world I’m right,” said Debbaudt.  “But he’s only an ideological, butt-kissing sycophant.” 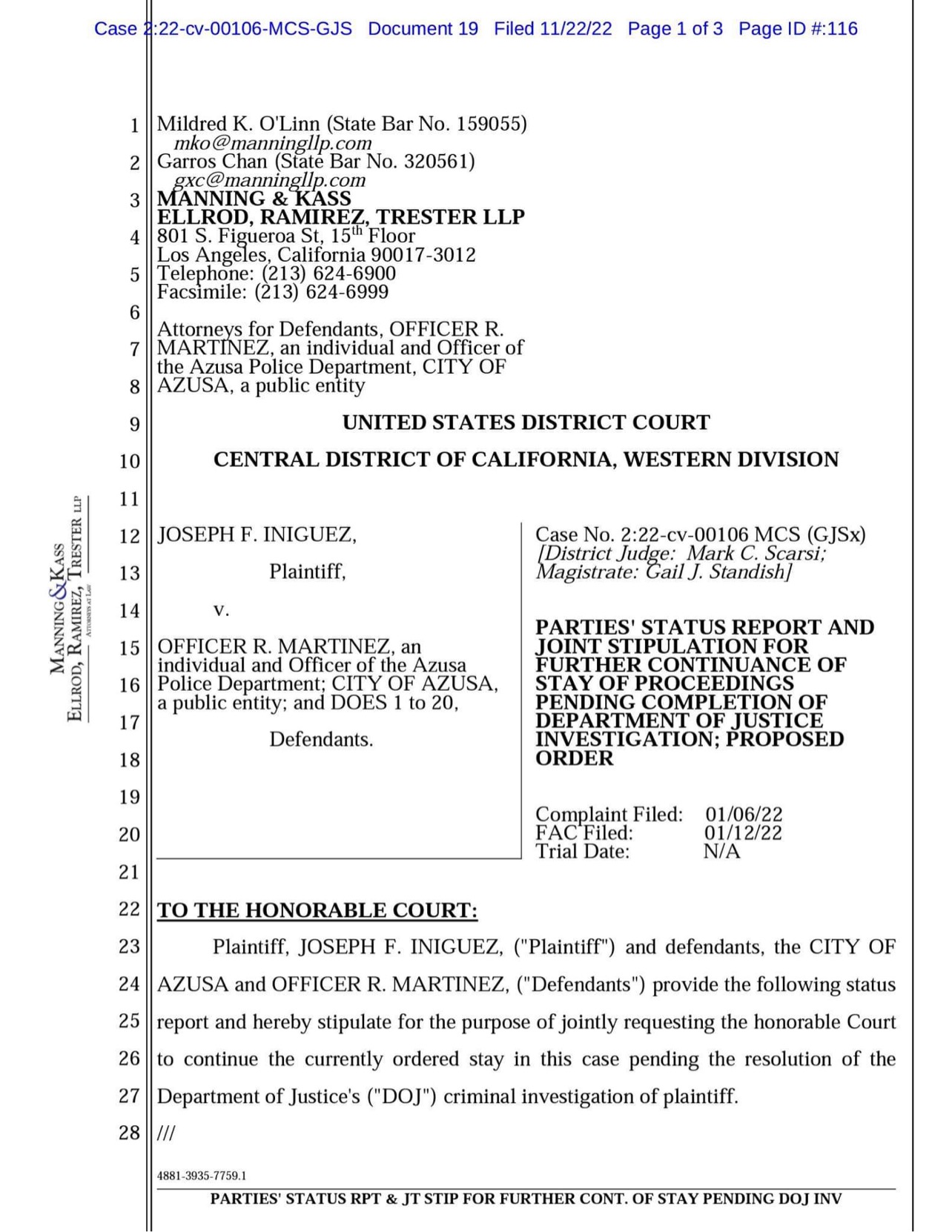 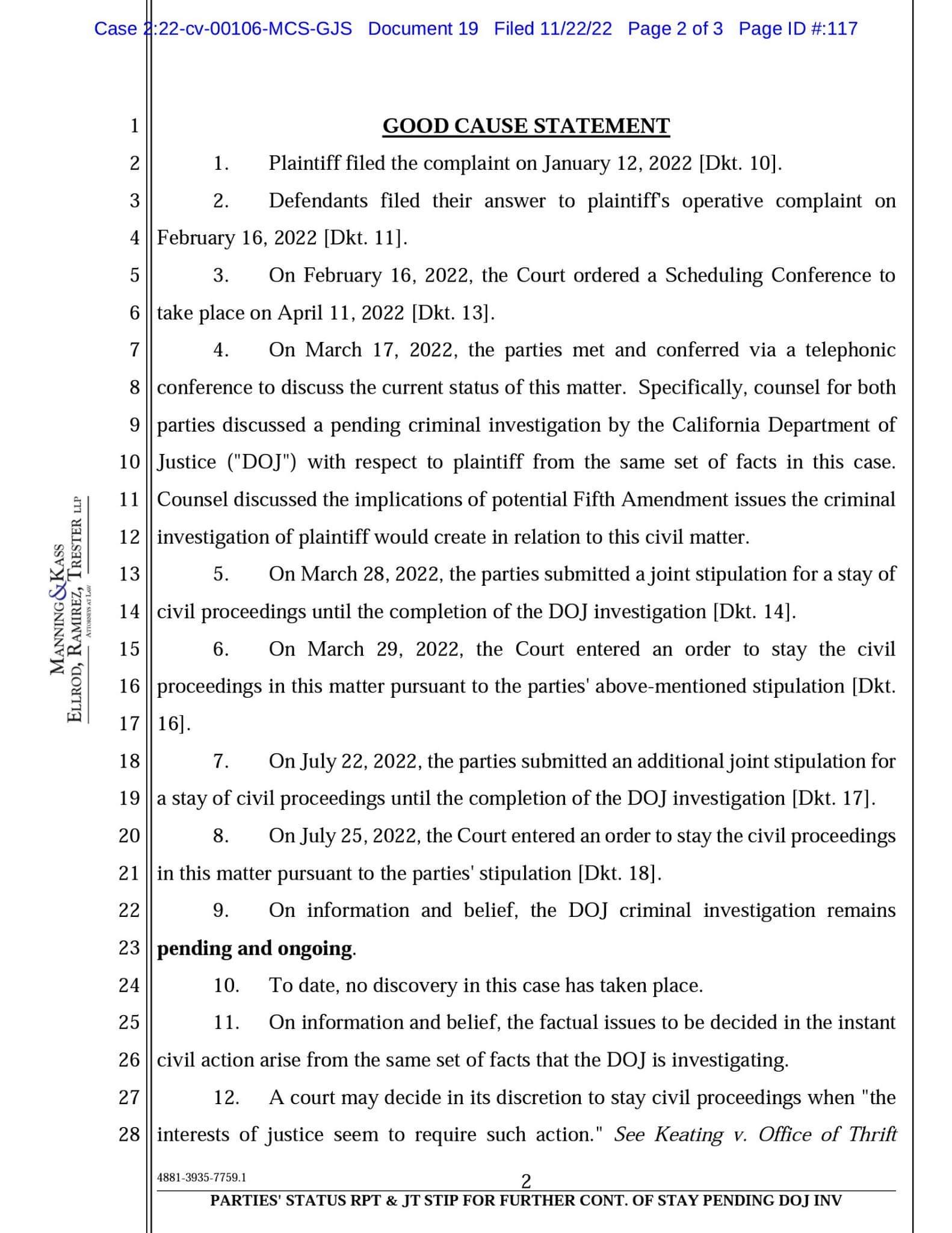 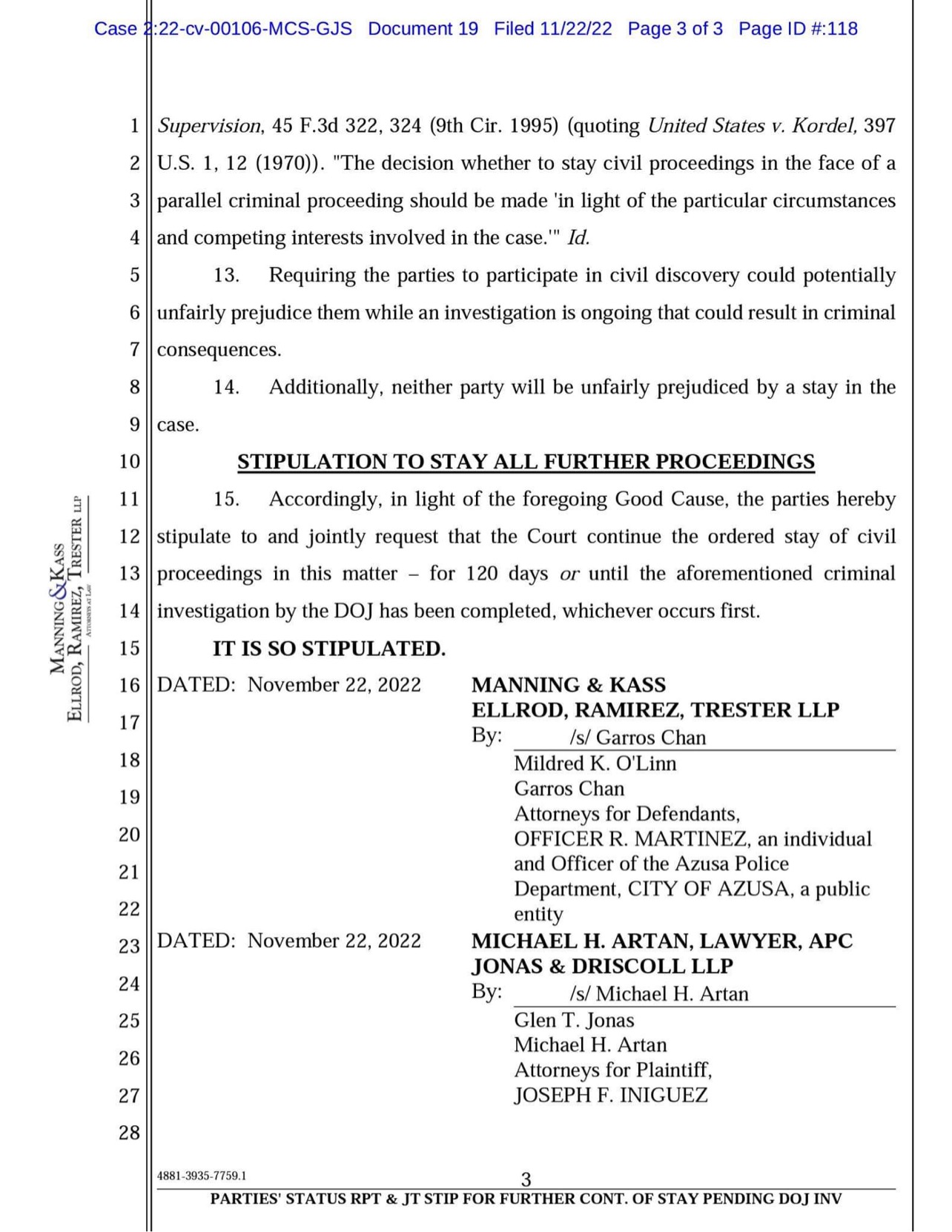 Thomas Buckley
Thomas Buckley is the former Mayor of Lake Elsinore and a former newspaper reporter. He operates a small communications and planning consultancy and can be reached directly at planbuckley@gmail.com. Read more of his work at his Substack ‘The Point.’

Latest posts by Thomas Buckley (see all)
Spread the news: