Home>Articles>Gavin Newsom’s Lithium Valley – Spinning Yet Another Field of Dreams
28 Feb 2022 2:19 am

It is no surprise that Governor Newsom’s recent promises of visionary breakthroughs in clean energy in Southern California comes with breathtaking assurances of game-changing technology plus equity for all. Quite a spin of the facts, courtesy of his senior advisor Dee Dee Myers, previously of the Clinton Administration and advisor for the TV show The West Wing.

His February 22 formal statement is chock full of qualifiers: “could be,” “positions the state,” “experts estimate,” and “committed to.” Conveniently, results from this so-called green initiative won’t come due until after he has left office. Accompanying tax credits and earmarking taxpayer dollars to fund investments questionable in their long-term viability aren’t surprising either.

Newsom’s only credible assurance is to include labor standards, which President Biden also emphasized in the video conference highlighting just California’s contribution to the supposed nationwide effort to create a domestic supply chain for critical minerals. Tellingly, the press and public were excluded from discussions with Union guests.

Proponents of mandating unrealistic policies and tight deadlines to fight climate change are finally having to confront the consequences of those sweeping decisions against a backdrop of an unreliable global supply chain impacting our national security.

The foundational elements to build all of these “climate change fighting machines” like wind turbines and EV batteries require literally tons of minerals to be extracted, processed, shaped, shipped, combined, and finally formed into a final product. The original Silicon Valley hardware engineers understood how to apply mind-boggling characteristics of many minerals into the advanced technology we blithely use today. But we have since ceded that expertise.

China now has a commanding chokehold on each of these steps producing the smartphones we hold in our hands, the Teslas zipping around our freeways, and the submarines and air fleet we rely on for national security.

Scrambling for answers, the Biden Administration made a series of federal grants and contracts mostly linked to our defense, not energy. Yet Newsom is re-labelling this transfer of funds from the Federal government to California to position himself as a global leader on climate change. Quite a spin.

The Pentagon intends to stockpile lithium in case of war, as we are woefully dependent on other countries to produce and China to process for us. Fully permitted lithium mines in Nevada are ready to go. Funding a future source in Imperial County on Federal and indigenous lands raises questions about whether this is about urgent stockpiling or political lobbying.

The Pentagon also granted $35 million to MP Materials in San Bernadino County (headquartered in Las Vegas with known ties to China, currently exporting its full output to China for processing) in order to create a HEAVY rare earths processing plant for a product it can’t mine—a significant differentiation. Its touted mines-to-magnet supply chain ends with manufacturing in Texas, not California.

Yes, the Department of Energy approved a small $1.2 million to the US Lawrence Berkeley national Laboratory to lead a joint effort to quantify and characterize lithium resources in the underground geothermal reservoir near the Salton Sea. Yet it granted $14.9 million, added to California’s previous grant of $6 million, to Warren Buffet’s Berkshire Hathaway Energy for a demonstration facility to capture these indeterminate battery-grade compounds of lithium. It is unknown if it can scale to deliver on the promises of output in quantity, quality, and cost-justifiability, let alone its environmental impact. Thus far this administration’s EPA and Interior Secretary have shown stunning deference to any requests to delay, reconsider, and halt existing domestic efforts to extract critical minerals, including lithium.

Technological advances, geopolitical interruptions, and alternative capital choices make this newly forming industry unpredictable. Before California’s lumbering legislative processes and bureaucratic oversight can even begin, it’s likely that lithium-ion batteries may be improved upon, replaced, or deemed irrelevant in a world where India and China embrace fossil fuels, volcanoes explode, and wars occur, impacting the global air despite good intentions.

If Newsom has political capital to spend, perhaps he should lobby to mine the tonnage of copper being blocked in Alaska and Arizona by Biden’s Administration. Without copper, no electrical grid can be built out, no battery charging stations will exist, and we’ll have another taxpayer-funded boondoggle project. 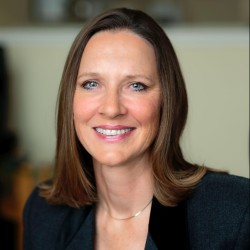 Ann Bridges
Silicon Valley author Ann Bridges’ career spanned operations, finance, and marketing executive positions in the exploding convergence of the technology, communications, and entertainment industries. A graduate of Stanford University, her experiences form the foundation of her acclaimed fiction and non-fiction about the impact of technology worldwide on freedom, and the role of China in America’s past, present, and future.

Latest posts by Ann Bridges (see all)
Spread the news: