The California gas tax jumps up again on July 1. While the State has a nearly $100 billion budget, the ruling party has repeatedly failed to offer any meaningful relief to taxpayers who have been overtaxed to create this enormous surplus. Now, Gov. Gavin Newsom has a proposal masquerading as gas tax relief that ensures those who actually pay the tax at the pump do not get the supposed “relief.” It represents everything wrong with Sacramento.

The governor’s current proposal rebates $9 billion, a paltry amount of the surplus, to only some California residents based on their income levels. The rebate is entirely unrelated to the gas tax or the level of any individual’s “contribution” to the $100 billion surplus. In other words, the governor’s scheme is essentially a subsidy which risks further stoking the cash consuming fire of inflation.

A better proposal for immediate relief at the pump: cut the gas tax at the pump. It is obvious, simple, and bypasses the bureaucratic challenges and expenses inherent in the governor’s scheme of identifying the privileged taxpayers entitled in Sacramento’s mind to relief, verifying income levels, and making the “rebate” payments.

All Californians who drive pay the gas tax upon filling up. But if Gov. Newsom gets his way, only some Californians will get a rebate at a future date, regardless of whether they drive or otherwise pay the tax. Moreover, of those permitted a token rebate, the more money they have paid to the state, the less money they will get back.

Often Sacramento comes up with inefficient, counter-productive proposals. However, in this case, the mismatch between taxpayers and those who will get “relief” is actually not a “bug” in the program, but a feature. Sacramento can pretend to help taxpayers. The headlines Newsom wants as the general election campaign season heats up almost write themselves. In reality though, surprisingly few actual taxpayers benefit in any measurable way, the state will not reform its rapacious and confiscatory gas tax program, and the unrelenting pressure Sacramento wants on fuel prices – imposed to further its climate goals – in fact just will not relent.

Pain at the pump is very real, and residents here in Orange County know it all too well. When the OC Board of Supervisors unanimously approved an item I brought forward, requesting the CA legislature provides tax relief for residents by suspending the $0.51 per gallon gas tax for six months, hundreds of constituents wrote me to share how they were feeling the financial burn from CA’s tax hikes.

Unfortunately, immediate relief for California’s pain at the gas pump could have come months ago. But because Sacramento did not want it then or now, Gov. Newsom insists on slow walking his scheme, little campaign advertisements for him, until we get closer to the election.

It is a win-win proposal for Newsom and Sacramento’s tax and spend crowd. But taxpayers do not share in the win. 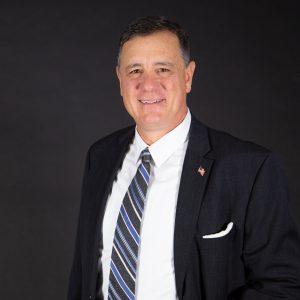 Latest posts by Donald Wagner (see all)
Spread the news: