With a new president and a renewed call for national unity, now is the time to prioritize bipartisan solutions that help all Americans. At the top of this list is fixing the American healthcare system, which is plagued by high and hidden costs that place an immense burden on ordinary people, irrespective of their political ideology. Healthcare price transparency, which began taking effect at the beginning of this year, is a crucial solution to this longstanding problem.

As all patients know, healthcare prices generally aren’t known until after bills arrive in the mail weeks and months after treatment. For families like mine, with members who have rare or chronic diseases, we know the pain of this opaque system all too well.


Without access to prices before care, we are held captive by healthcare interests that can raise rates without consequences. As a result of this bizarre pricing dynamic, healthcare costs have increased by 70 percent, adjusted for inflation, since 2000 to the point where they now account for nearly one-fifth of national GDP. Americans work roughly one in every five days just to pay for our country’s healthcare costs.

My two older sons have a rare genetic disease called cavernous angioma, a condition characterized by bleeding blood vessels in the brain and spinal cord. There’s no treatment for this illness except for brain surgery. It’s every parent’s worst nightmare.

The financial stress associated with their illness rivals the emotional turmoil. Even with health insurance, our costs have been crushing. Like an increasing number of American families with health coverage, we have a high-deductible plan, meaning we pay the first several thousand dollars of annual family healthcare costs out of pocket. After reaching our deductible, we pay a standard coinsurance rate of 20 percent until we meet our out of pocket maximum. For this privilege, we pay high monthly premiums.

In years where my sons needed brain surgery, this cost was understandable — even if it was nearly impossible to pay. But most years, our healthcare obligations consist mostly of getting preventative MRIs to monitor the extent of their brain bleed. In these years, we try to stay below our deductible and pay as little for healthcare as possible.

Our sons’ doctors wanted the hospital to conduct these MRIs. Yet the eventual bill for this service was $7,500 per scan. This routine cost was unacceptable.

At wit’s end, I called up the local imaging center. It quoted me a price of just $1,500 per MRI. The massive savings made all the difference in our budget. Shopping for less expensive care has provided us with financial certainty and the ability to budget ahead. It’s allowed us to have some much needed disposable income to spend on other expenses.

All healthcare can follow this price transparent model, where prices are known upfront, so that healthcare consumers can shop based on price and quality like we do everywhere else in the economy. According to multiple polls, this reform is supported by a bipartisan supermajority of over 90 percent of Americans.

It’s outrageous that hospitals can exploit vulnerable families by keeping prices hidden to maximize their revenues. The last thing parents want to do when told they need vital medical services for their children is fight for cost information. If you do, as I can attest, doctors and hospital administrators treat you as neglectful.

There’s reason for hope. On January 1st, a Health and Human Services rule took effect that requires hospitals to publish their real prices, including their discounted cash and secret negotiated rates with insurers. Healthcare consumers like me can use this information to inform our healthcare decisions, budget, and shop. As more and more patients leverage real prices to avoid price-gouging providers — such as those that charge $7,500 for an MRI — in favor of high-value, low-cost ones — such as those that charge $1,500 — stratospheric healthcare prices will fall.

Losing the genetic lottery, having a chronic condition, or even having one bad hospital experience doesn’t have to mean financial ruin for families like mine. Real hospital prices will protect healthcare consumers by giving us the power to make the best possible health and financial decisions for our families. 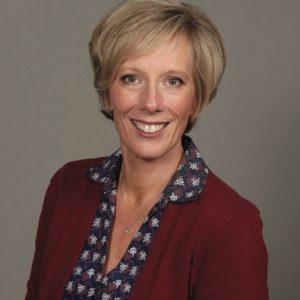 Liz Neuman
Liz Neuman is the founder and president of Sierra Hills Consulting, a political consultancy in Bakersfield. She is a patient rights advocate fighting for real prices in healthcare. She is also the Director of Religious Education at a Catholic Church in Bakersfield.

Latest posts by Liz Neuman (see all)
Spread the news: