After warning that other countries such as those in East and Southeast Asia were gaining on the U.S.’s leader position in science and engineering, Dr. Souvaine warned, “The U.S. is no longer the uncontested world leader in S&E, and so we cannot be complacent in the face of these changes.”

Dr. Souvaine summarized the U.S. mission as follows: “The best way to lead the future is to invent it.”

I hope that policy leaders in California, once the undisputed global leader in technology creation and innovation, will take these words to heart – and that their policies will follow. If they do not, California risks losing its historic commitment to innovation, consumers risk losing products and platforms that make their lives better, and the U.S. risks losing its global competitive edge.

Given the explosive growth in the technology sector in the last few decades, proper regulatory and legislative oversight is to be expected. But it cannot overreach to the point that it usurps intended goals – protecting individuals, preventing violation of rights, and ensuring healthy markets – and instead, thwarts innovation and crushes the development of new technologies, like artificial intelligence (AI), machine learning, augmented and virtual reality, biometrics, and internet of things (IoT)-based apps.

In the last few years alone, policymakers have proposed legislation – sometimes, even punitive legislation – on issues ranging from data privacy, content moderation, and algorithm bias. These well-intentioned policies could have the effect of harming the business models of some California tech companies and more importantly, jeopardize California leadership role as the world’s innovation capitol.

Ironically, the efforts to protect the public often hurt the people they are intended to protect. Provisions in federal antitrust bills would have had the practical effect of limiting popular offerings like Google Maps, Find My Phone and Amazon Prime. Early drafts of state data privacy proposals would have created disproportionate burdens on small business trying to compete in the e-commerce market against larger enterprises. And content moderation proposals, while intended to bring “fairness and balance” to social media platforms, instead encroach on free speech (as well as challenge the independence of the private sector).

Regulatory and legislative overreach also contribute to the departure of startups and established tech companies. A 2021 survey by Chief Executive magazine found that “regulatory climate” ranked #2 in factors CEOs value most when choosing a site for their headquarters, and California ranked as the very bottom of the list out of all 50 states in the survey. While some reports of a “tech exodus” may be overstated, Texas has lured companies like Oracle and Tesla away from Silicon Valley and Silicon Beach with lower taxes and a regulatory-friendly business environment. Washington State, Tennessee, and other states have successfully adopted the Texas model as their own.

This month, Congress is considering the massive U.S. Innovation and Competition Act (USICA), which would inject billions of dollars into various initiatives to help the U.S. compete globally. But federal assistance alone will not be enough to protect California’s tech industry.

As they pursue their legislative priorities for 2022, California policymakers can do a lot to promote a robust, ethical, consumer-friendly technology sector, including closing the digital divide, prioritizing the development of a skilled workforce, and ensuring new technologies, and ensuring integrity in data use. 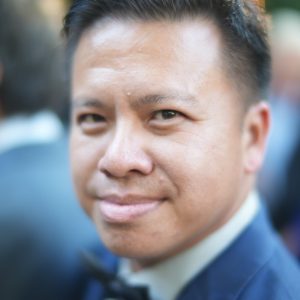 Marc Ang
Marc Ang (marc@aib2b.org) is the President of the Chinese American Citizens Alliance in Orange County and founder of Asian Industry B2B. He is a community organizer in Southern California who has a heart for promoting quality education, Christian causes and law and order. Marc is also a freelance journalist who is featured regularly on the Washington Examiner, Newsweek, City Watch LA, RedState, Asian Journal and many more publications. He has made front page news on LA Times and New York Times for his activism and leadership in the Asian community. His book “Minority Retort” will be released in early 2022.

Latest posts by Marc Ang (see all)
Spread the news: