California’s approach to homelessness is a failure. Tent cities are everywhere; no community is immune. The problem is huge, but there are things we can do that will make a difference in the short-term while we work to solve the long-term.

On December 5th, the first day of the new legislative session, I will introduce a proposal to help communities clean up encampments from sensitive areas in a compassionate manner.  We must protect public safety and public health, particularly where our children are concerned.

My measure has a multi-pronged approach that is more than just sweeping the problem away. First, it prohibits encampments within 1,000 feet of areas deemed sensitive: schools, parks, libraries, day care centers. This will help protect children’s safe passage to the places they congregate.

Second, it mandates enforcement officials give a 72-hour warning before any encampment sweep could occur. This will give impacted homeless individuals three days to find alternative locations.

Third, when conducting a sweep, enforcement officers are required to provide information about sleeping alternatives, homeless and mental health services, and shelters in the area.  This will help connect homeless individuals to desperately needed services and more suitable places to stay.

This bill alone will not solve homelessness, but will provide local officials a tool to tackle a highly visible and often dangerous aspect of the homelessness crisis.  It strikes an appropriate balance between accountability and compassion while prioritizing public health and safety.

My bill would bring these protections for children’s safe passage to a statewide level. My bill will give municipalities statewide additional resources to tackle this humanitarian crisis on the local level.

I welcome the strong support from a diverse group of community leaders, local law enforcement officials, local government elected officials, and local non-profits. Even former San Diego Mayor Kevin Faulconer has given my measure the green light. His support is significant, especially because he proactively sought to tackle the homelessness crisis when he once led San Diego.

The goal isn’t to criminalize homelessness but to protect the public while lifting homeless individuals off the street through a compassionate approach.  Every Californian deserves a path off the streets, and this bill is the first step.

The Public Policy Institute of California’s latest annual statewide survey found that 68% of Californians said homelessness is “a big problem in their part of the state,” and 61% said the “presence of the homeless has increased in their local community in the past year.”

As a long-time San Diego County resident, I assure you this is true. In the County’s latest Point-in-Time-Count, the Regional Task Force on Homelessness found the number of homeless in San Diego County shot up 10% in the last year alone, with over half of the estimated 8,427 homeless people living on the streets.

Homelessness is truly the tragedy of our time. Similar to how the root causes of homelessness can vary for each homeless individual, the solutions to lift them out of their situation will also vary.

My bill strives to reach homeless people where they are, guide them into accepting shelter and services, while setting firm boundaries that until encampments are no longer an issue, at minimum, they must not endanger our children. I urge you to learn more about my bill and sign my petition to support it. 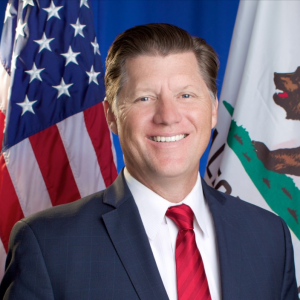 Brian Jones
Brian W. Jones grew up in San Diego County. He attended Grossmont College and earned his bachelor’s degree in Business Administration at San Diego State University. Brian took his passion for his community and first served as a Santee City Council Member and then State Assemblymember. In 2018, Brian was elected to represent California’s 38th Senate District, and serves as the Vice-Chair of three Senate Committees.

Latest posts by Brian Jones (see all)
Spread the news: