When “The Failure of California Electricity Policy In One Image” was published in early April, comments left by readers seemed to indicate they had overestimated California’s progress with clean energy. That might have been expected; my op-ed had explained why “California just hit 95% renewable energy,” a claim made by California’s Independent System Operator (CAISO) last year, was either a distortion, was inept, or was an outright lie.

This year CAISO offered a followup – but I’ll warn readers, any hope their error would be redeemed would be in vain. Our ISO, it seems, has doubled down. It now claims that at 3:40 PM on April 3 of this year, electricity on California’s grid had hit “an all-time peak of more than 97% renewables.” Whether intentional or not, CAISO’s claim again wildly exaggerates the value of renewables to the grid it’s charged with operating.

Some might argue that generating 79% of California’s electricity from clean sources deserves recognition. If correct, it would be an achievement on par with that of 1980s France, which lowered its CO2 emissions by 75% with a rapid buildout of nuclear power. California’s achievement, however, was a fluke, a mistake that lasted for a few seconds.

In contrast, France’s nuclear plants have provided a full ¾ of the country’s electricity for decades.

It isn’t a lack of renewable electricity that is holding California back  – it’s that renewables provide too much electricity at the wrong times, and not enough when the time is right. It’s attempting to lower carbon emissions by using resources that require gas-fired electricity to back them up, or keep them from destroying the grid. It’s putting blind faith in solutions that may work for flashlights, or even electric cars, but will never be practical for providing the immense power needs of an electrical grid (enough battery capacity to power our state for one day, and the extra solar and wind infrastructure to charge it, would cost at least twice California’s annual budget).

But most of all, California’s environmental policy is failing for a lack of honesty. The only thing remarkable about comparing last April’s grid mix to this year’s is their sameness – despite all of CAISO’s hyperbole, we’re making little or no progress at lowering climate emissions. Some have simply been exported by replacing in-state gas consumption with “unspecified imports,” a euphemism for  electricity from out-of-state gas and coal plants.

It should be obvious that California can’t possibly meet its climate goals continuing on this errant path, yet we soldier on anyway. There’s a chance, of course, that preventing the worst effects of climate change is already impossible. But worse would be failing to prevent them because our leaders didn’t have the humility to admit they were wrong about how to get it done. 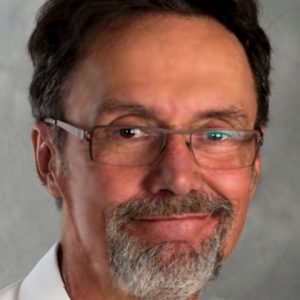 Carl Wurtz
Carl Wurtz, President of non-profit Californians for Green Nuclear Power, grew up within a strong pro-nuclear culture not far from Argonne National Laboratory and FERMILAB in Chicago. Carl is a lifelong environmentalist and clean-energy advocate, and credits his pro-nuclear leanings to spending his youth in a state which generates more than half of its electricity with nuclear energy.

Latest posts by Carl Wurtz (see all)
Spread the news:

2 thoughts on “The Failure of California Electricity Policy, Part 2”